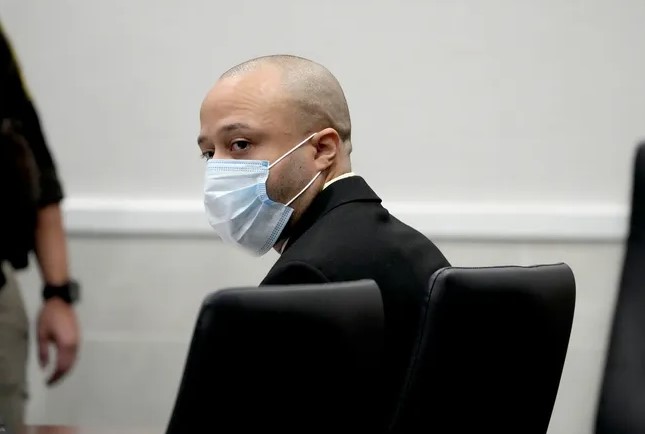 I’ve been following the trial of Darrell Brooks, a Black man accused of killing six people during a Christmas parade in Waukesha, Wisconsin. Putting aside for a moment the heinous carnage unleashed on children and the elderly that day, the ensuing trial has degenerate into a circus one could only characterize as a series of monkey-shines put on by an infantile sociopath desperate to avoid any consequences for his butchery. Brooks made the decision to represent himself during a mass murder case, which I would argue speaks more to the hubris of the typical Black American in 2022 than it does to a “mentally incompetent” individual or crazy person. Darrell Brooks centers his legal argument on ideas cribbed from the Moorish Sovereign Citizens, a fringe political movement that is equal parts Libertarian nonsense and Black supremacy.

Ignoring that Brooks is just spittin’ some ol’ bullshit to escape punishment, the implications of his position have a lot of real truth about socio-political reality in America.

Darrell Brooks is basically asserting that he’s part of a racial group that cannot be held to account by the illegitimate authority of state power. This is not a mere Libertarian affectation, it incorporates a conscious Black ethno-supremacist narrative that casts the entire Western legal system as an injustice against the “original” African American inhabitants of the United States. In layman’s terms, American Blacks are a form of royalty and are not beholden to the laws and strictures of White society. Perhaps by now the haunting realization that this is a reflection of the current social dynamics of America is becoming apparent.

In Michel Foucault’s “Discipline and Punish”, he argued that the public trials and executions were designed to showcase the terrifying power of the sovereign, who has an explicit contract with his subjects. In our system, we have a warped inversion of this arrangement, in which public encounters between Whites and Blacks demonstrate the superior moral position of Blacks set against the suspicious intent of all Whites. On an extremely deep, civilizational level, Whites now implicitly accept that a miasma of racism pollutes their individual minds and collective actions. During the Brooks trial, this is quite evident in how the parents of kids run over by the defendant lose their steely eyed focus the very moment the would-be murderer of their innocent children starts veering into questions of racial identity. Instinctively, they all know that they are now being confronted by an ominous specter of real power and a series of tripwires cordoned around the category of “Blackness”. Transgressing on this boundary means offending a real sovereign that can absolutely subject his subject to the sort of public humiliation and torment analogous to what Foucault described in 1975.

Given that most Whites emerge from societies of control that imprint on them top-down social mores dictated by elite classes that might not have their best interests at heart and may also be trying to obfuscate their own power, it makes perfect sense that such lessons would be committed to lasting memory by a racial group known for relatively high intelligence and social cooperation. Whites fully understand that the burden of proof is on them to demonstrate their non-racism.

Rather than transcend the existing paradigm of state power as a “reification fallacy” or some other such anarcho-libertarian silliness, Blacks like Darrell Brooks are simply trying to interpose themselves as a new sovereignty. Furthermore, “Moorish Sovereign Citizens” quite literally assert that they are not just sovereigns, they are the only sovereigns in America and that Whites have no legitimacy. In simpler terms, it’s just plain ol’ Black supremacy dressed up with historically inaccurate monkey-shines about “Amexem” and “Moorish indigenous peoples”. It would be amusing quackery if it wasn’t being used to torment the victims of a mass murdering sociopath by turning their day of justice into a humiliating court-room circus. White victims must hold themselves to a double standard while the court bends over backwards for an infantile, imperious subhuman who’s deeply offended that Whites are trying to bring down justice on his sorry hide. No one dares to offend the sacred personage of Darrell Brooks no matter how many kids and grandmothers he’s intentionally mowed down in the street.

The final truth of the new Black sovereignty is that it’s just more of the old Black tyranny.