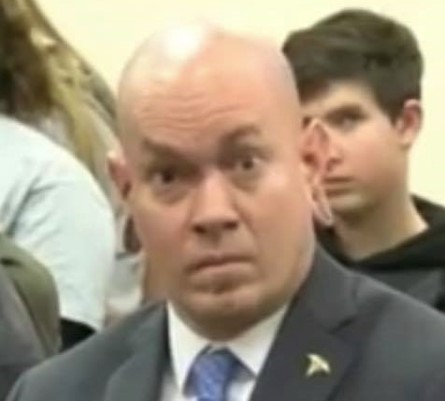 ***I’m posting this basically as just a sample of my autobiography, which I might title “A Bad Man Who Believed Shitty Things”. It’s basically an excuse to remember and organize my life story which is generally a good way to make narrative sense of one’s existence. I plan to break it up by decade and fill the final chapters with more of the background on why I came to certain political and philosophical conclusions.***

I was born in North Carolina in 1983, during the absolute heyday of American film entertainment and pop culture. My birth year fell neatly between the dawning of two famous toy-lines; Hasbro’s 3 3/4 inch G.I. Joe figures in 1982 and Transformers in 1984. The movie “Christine” and coincidentally enough, “The Right Stuff” (a title that will have relevance later) were hot in theaters when I was a baby. As you might already guess, the influence of film, cartoons and toys were a major formative experience of my childhood just as it was for most Millennials of my generation.

My mom, Tracey Nobles, was the daughter of a tobacco farmer from Robinson County. In the bygone lost history of my home state, a man could make a decent living with a family farm, and my grandfather Jack Nobles did exactly that. I remember Papa Jack as a soft-spoken old fellow perpetually dozing in a recliner in the “den” while Grandma Pat’s cigarette smoke lazily coiled in from the kitchen like some intrusive nicotine infused miasma. The old tobacco farm in Orrum has a distinct character in my memories; the smell of old tractors and pesticides, the sandy soil, an entire yard of crab-grass, dusty pack-houses, and the ever present Carolina anoles running around everywhere. Papa Jack had something of a penchant for fire, and there was always a trash barrel eternally burning somewhere. My Grandma Pat was a domineering woman to say the least, and Papa Jack kept a nice little stash of liquor out in the shop as self-medication for his marital stress. According to my uncle, the combination of Papa Jack’s occasional drinking and incipient pyromaniac tendencies once lead to him and my cousin surrounded by flames on a tractor while a field they were burning blazed all around them.

I wasn’t raised in Orrum on a farm barnin’ tobacco in the brutal North Carolina heat though, I spent the first few years of my life in the nearby town of Fairmont (famous for its tobacco market) where my dad, Robert McNabb, was from. He also worked tobacco farms in the summer growing up, but his life took him in a very different direction than my mom’s upbringing as a farmer’s daughter. My father attended North Carolina State University, got a bachelor’s in Criminal Justice, and then somehow ended up in a career as a carpenter making fine furniture. My paternal grandfather on the McNabb side was something of a charmer and womanizer, and he left my grandma with three children to raise on her own when my dad was very young. As a kid I had always heard my McNabb grandpa had gone to Federal prison for embezzlement, but it wasn’t until decades later I’d find out he had become part of organized crime in south Florida. My long-lost grandfather was an actual mobster and he had started an entirely new family far away from the sleepy town of Fairmont.

I spent the first five years of life in the same house my dad grew up in. My grandma, Billie Barnes, had moved to Lumberton NC with her new husband, a World War 2 veteran named Horace and somehow my dad got the old place. Fairmont was an idyllic, quaint little town that was about as close to the fictional Mayberry from the Andy Griffith Show as anywhere on earth. 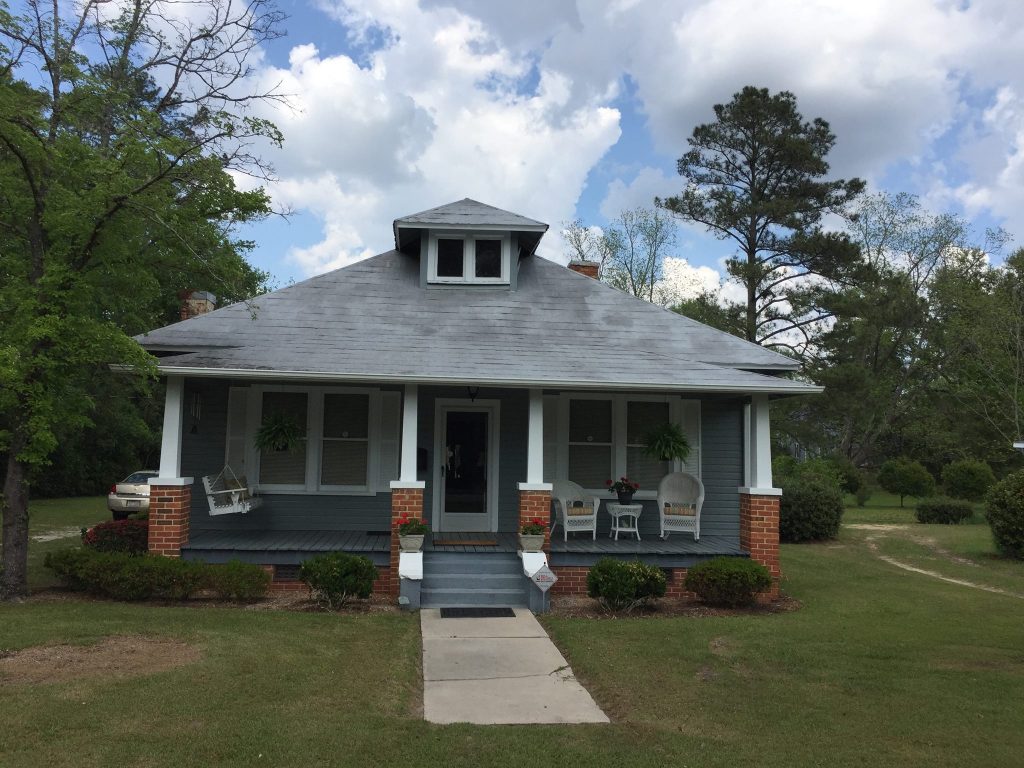 This particular region of North Carolina was originally home to agriculture and textile mills, with cash crops of tobacco and cotton everywhere. Like many places in America, family and tenant farming predominated until a combination of technological and economic factors destroyed the old way of life. My aunt told me stories of vacationers on their way to the beach stopping to photograph her and the rest of their family working in the fields, but by the time I was born this lifestyle was already in steep decline. By the mid 80s over 800 textile mills had closed nationwide, hitting the state with a double whammy of economic devastation.

The end of tenant farming combined with social welfare programs in the 1970s created a permanent black underclass in Robison County. My mom worked briefly in social services and saw the social rot firsthand. According to her account, the boyfriends of single moms would show up at the first of the month to spend the welfare check and two weeks later everyone in the household would be starving.

I remember going to Charleston, South Carolina with my dad to deliver furniture, playing in the yard in Fairmont, and as always, the ever-present Carolina anoles. My dad had a pair of registered redbones and he’d take me coon-hunting out in the Carolina swamps at a very young age. He would set me on a cypress stump and shoot out a coon, oftentimes with the dogs snapping at the wounded animal right under my feet. If you don’t know anything about this past-time or social scene, I can only recommend you listen to Jerry Clower until you fully grasp the nuances and subtleties of coon hunting in all its fine detail.

I had G.I.Joes as a little boy, but the toy I most remember was a Transformers Decepticon named “Battletrap”. The back of Battletrap’s box had a glorious depiction of Autobots and Decepticons fighting, and I’d stare into it just plain mesmerized by all the flying robots. At the age of three my brother Jordan was born. My parents, being Baby Boomers, had two kids and quit like most of their peers. My family was no exception to this rule and neither were most of my aunts and uncles. We had neighbors across the street that we would visit, and at some point I watched a televised version of the movie “Aliens” at their house, which no doubt imprinted an abiding interest in science fiction on my young mind. One of my aunts also got married around this time and I remember seeing Return of the Jedi in a hotel room before the ceremony. 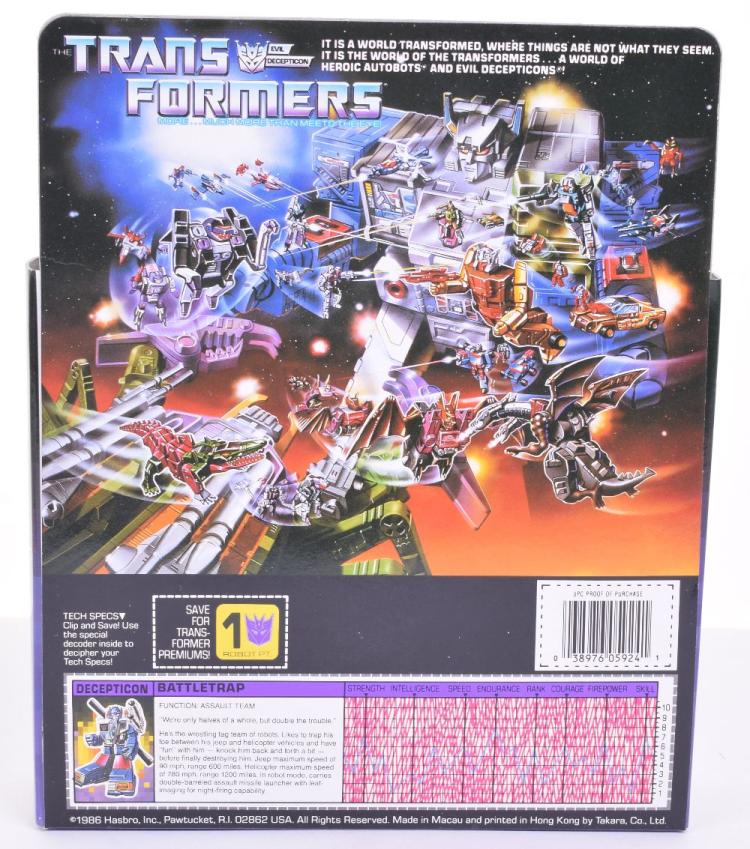 In the pre-internet, pre-video game days this kind of art-work was jaw-dropping when you were a kid.

By the late 1980s, we moved to Maine for six months as my dad followed work. Life on Lake Sebago in the winter was one of the most unique experiences of my life. I remember the entire lake freezing over solid, people driving cars out onto the ice, and cutting triangular holes in the surface to do “ice diving”. Jordan and me built a fort out of sticks among the boulders on the peninsula we lived on, only for the elderly neighbor across the road to completely destroy it. This would be my first and highly informative encounter with a “Massachusetts Yankee”.

Looking back on the 1980s, it feels absolutely prehistoric. I had my first encounters with towering cultural edifices that would continue to influence American society for decades to come, but I was too young to really appreciate them at the time. I was essentially born just past the peak of America, in an era when the country could still coast on inertia despite so many industries and ways of life rapidly collapsing. As a little boy in a small town, life was objectively good then. There was no crime, neighbors were friendly, and the consumer culture promised so many toys and cartoons to us. We were clearly past the peak in a lot of ways as a nation, but things were still good enough to keep the delusion going. Reflecting on this now, it’s clear just how strong consumer products and mass media are as touchstones for our memories in the United States. The details of my early life are fuzzy, blurred images, but the toys I had stand out in sharp relief, and so do some scenes from the first movies I ever watched.

That’s the thing with the artifacts of capitalism, they exist as immortal talismans always burning with nostalgic power.

Things are very different now in North Carolina. Grandma Billie had moved back into her old house in Fairmont for a time, but a combination of her advancing years and rising crime (she had to chain down her porch furniture to prevent it from being stolen) finally drove her towards a quiet suburb of Charlotte. Robeson County today is rife with crime, drug-trafficking, and poverty. Fairmont itself is now 63 % black, with 40 % of the population living below the poverty line. The town is sliding towards oblivion just like so many thousands of other little hamlets in America.

Back in my childhood, the year 1989 would come and my family would move to Check, Virginia just in time for the most influential decade of my life.