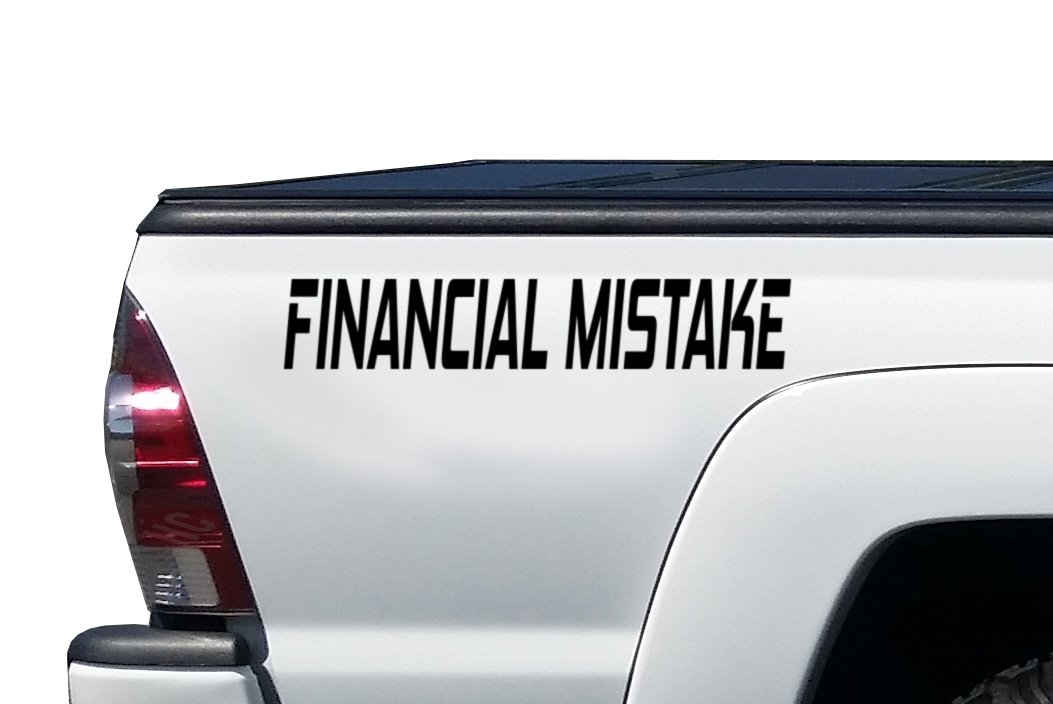 There’s a local driver that has “Financial Mistake” proudly adorning the back glass of his late model crew cab. The idea of the humble, utilitarian pickup truck becoming an obscenely overpriced luxury item would’ve been simply unthinkable as recently as 2 decades ago. Somehow, Farmer John’s simple work truck has transformed into another piece of corporate bloatware loaded down with expensive interiors, cameras and digital aides. On average, the price of a new pickup truck in the United States is roughly 50,000 dollars. For reference, a BMW 3 series starts at around 41,000 $. The market average on a full-blown 5 series BMW is 53 K.

That means the American pickup truck is now positioned squarely in the same price range as an actual German luxury car.

If you think this is a relatively recent phenomenon, you’re right. When I was a kid pickup trucks were significantly cheaper than cars and even the most expensive trim packages were still more reasonable than a fully loaded sedan. To understand the pickup truck and its evolution it helps to examine the full history for a moment.

Pickups started life as a modification of the Model T. Model T’s themselves had a chassis carried over from horse and buggy arrangements, meaning it was some species of ladder frame (this will be relevant later) with a body sitting on top. In the early days, consumers themselves started modifying these vehicles to carry cargo. In other words, there was an organic demand for some kind of vehicle that could transport haybales and tools. Relatively early on in the life cycle, consumers started demanding that pickup trucks become something other than a purely utilitarian transport vehicle. (Hence one of the reasons cab forward designs never became popular despite being extremely common for commercial vehicles) My grandfather, a tobacco farmer, was constantly picked on for never owning a new truck because my grandma insisted that money go towards new car purchases for her. However, pickups still remained a largely practical vehicle well into the 1990s despite a growing suburban market, and I grew up driving a pair of older trucks on a horse farm.

As farming decreased as an occupation along with a similar trend in white working class employment, the pickup truck’s original existential purpose has largely been eliminated. Most pickup truck owners make use of the off-roading and towing capabilities of pickup trucks less than once a year, and for over a third of them, this is also true of just hauling stuff in the bed. The vast majority of pickup owners are simply not using them for their intended purpose and the trucks themselves have rapidly morphed into glorified overpriced sedans equipped with the world’s leakiest trunk. The feature list gets longer, the bed gets shorter, the price goes up. The classic, utilitarian single-cab with an 8 foot bed is almost completely extinct. “Crew-cabs” account for over 80 % of all pickup sales. American consumers and the Big Three automakers have transformed pickup trucks into an overpriced, underperforming gas-guzzling substitute for a family car. Just look around any parking lot in America and you’ll see a vast assortment of crew-cab short-beds equipped with tonneau covers and immaculate black paint. 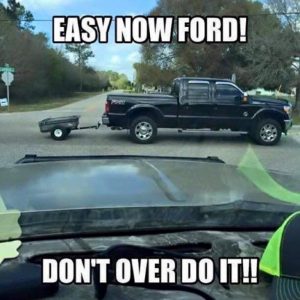 But surely modern pickup trucks have come a long way technologically and if you want to use one as a daily driver and kid hauler that’s fine, right?

No, it’s not. Remember how I mentioned the original pickup trucks were a body on frame technology derived from horse and buggies by way of the Model T? Well that’s still the basic layout of any proper truck that isn’t a unibody car in disguise. The basic ingredients of a pickup truck include parallel steel frame rails, a solid rear axle, rear drum brakes, a longitudinal front engine (ostensibly a V8 for the real Puritans) and a cab plus open box bolted on top. Now for a commercial vehicle used for pulling trailers and hauling heavy loads, this makes sense. But it involves a whole bunch of drawbacks you’d prefer to avoid in a passenger car.

-Weight distribution. These things are front-heavy and light in the ass. They tend to understeer, and the rear tires lack traction when unloaded. As mentioned before, it’s gonna be “unloaded” the vast majority of the time for owners.

-Live axles and high unsprung weight. A big ol’ rear axle floating around in the rear makes the ride quality and handling on a pickup truck suffer immensely. Similarly, those big, heavy truck wheels and dual tire combinations only make the problem worse.

-High spring rates. The whole idea of that bed is that you can dump heavy shit back there. Accordingly, the springs are as stiff as possible to prevent the rear fenders from squatting down onto the tires when you slam a pallet of cinderblocks in the rear. That means bone jarringly bad compliance over bumps and rough road surfaces.

-High center of gravity. The trade-off of ground clearance is a propensity for roll-overs to the point transient G-forces can actually tip some pickups over. (Saw it myself on an off-ramp years ago)

-Excessively heavy. With curb weights between 5-7,000 lbs (for a “normal” truck, the heavy duty versions can hit 12,000 lbs), acceleration, cornering, braking, ride quality, and fuel economy are all significantly compromised compared to something lighter. You can’t escape physics; if the vehicle is heavier, it’s going have poor performance. This is what happens when you haul around an extra ton of steel, plastic, and sheet metal for no good reason.

-Compromised braking performance. This is mostly a factor of the vehicle’s weight, but pickup trucks also rely on hydraulic drum brakes for the rear axle. This is another antique component with as many drawbacks as the leaf-spring suspension attached to the back axle.

-Open cargo area. Unless you’re hauling oversized objects that take up a lot of vertical space regularly, the bed is actually a liability. Every normal sized payload has to be secured, it’s exposed to the weather, and obviously vulnerable to just being outright stolen. This is why bed-lids and job boxes become a mandatory “pick-up tax” in addition to the price premium you’re already paying. 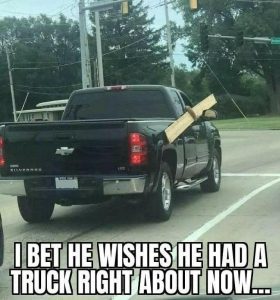 None of this is to suggest that there aren’t niche applications for pickup trucks. But they are hardly mandatory for most of the working class either, as Europeans somehow manage to get through their entire lives without driving them. Essentially a pickup truck is ideal for highly specific applications such as, interestingly enough, farming. The combination of ride-height, 4 wheel drive, towing capacity and an open cargo area is perfect for the needs of a farmer, which was the original demographic buying them heavily in the first place. Haybales, flat bed trailers, drums of diesel fuel and tractor parts are the domain of the pickup.

The problem is that those sensible, stripped down pickup trucks with single cabs and 8 foot beds are consciously being phased out by automakers. Worse, even a “basic truck” occupies the same price category as a work van. If you’re a handyman, painter, HVAC technician or plumber, the van almost certainly makes more sense than even the best bargain in a pickup truck. You certainly don’t need a pickup truck to commute to work unless you just like paying through the nose for the privilege of bad gas mileage. Fact of the matter is, people are not buying trucks out of any kind of necessity, they’re buying them because of branding and they’re getting expensive crew cabs loaded with features, hence why automakers are selling so many of them like this in the first place.

For most of the population, pickup trucks are a financial mistake and you should be driving something else.