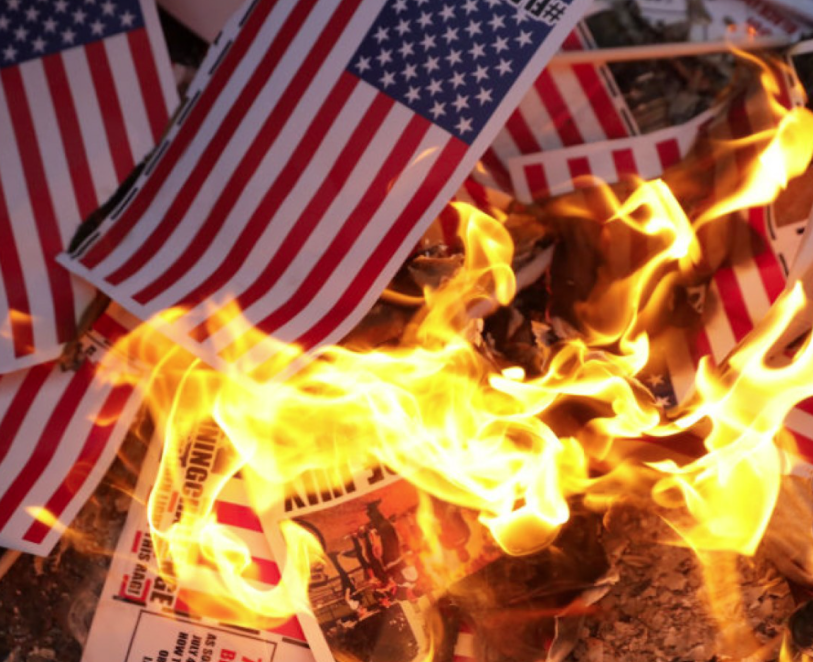 Recently the United States celebrated it’s 245th birthday. Maybe “celebrate” is the wrong word, in actuality, America marked the occasion by reflecting on its racist origins and suppressing patriotic groups attempting to hold marches. Cori Bush, a representative for Missouri’s 1st congressional district, took to Twitter and emphatically stated that July 4th is about freedom for white people. White people, despite being the actual founding stock of this country, are currently deemed as less than human which contextualizes her statement into a broad condemnation of Independence Day itself. The Federal Department of Homeland Security announced it would be on “heightened alert” for white supremacists attacking “a range of possible targets”. Predictably, the only violence on July 4th was the nation’s black population going on a coast to coast shooting spree. While the police were digging through the pockets of Patriot Front members and the media was discouraging anyone from feeling the faintest tingle of national pride, blacks shot and killed over 200 people. In the deranged, psychotic, sociopathic United States, white dudes trying to celebrate Independence Day constitutes a domestic security threat while actual violent rampages go uninterrupted because the perpetrators aren’t melanin deficient. 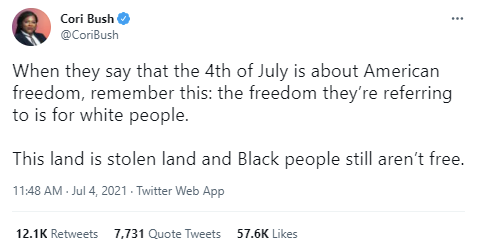 In America, the actual display of American flags has become associated with partisan rightwing politics. I identified this trend half a year ago, and as the recent New York Times article shows, it’s even more true now than it was then. Not only has the United States become entirely incoherent and disunited into a constant low intensity conflict among disparate political factions, now the very symbolism of national unity itself represents the team colors of the most suppressed group. As the pandemic crisis of 2020 illustrated, Americans are no longer capable of putting aside their differences to deal with a perceived deadly threat. The days of post 9/11 national solidarity are long, long gone, and they ain’t coming back.

It’s easy for us as politically aware dissidents to understand that American flags are essentially a proxy for “rightwing white”, but when the state is reduced to persecuting the evocation of the USA itself, all the contextualizing and editorialization in the world won’t make this look any less horrible to ordinary people. “If you’re explaining you’re losing” they say, and now the US government has to explain why it views the stars and stripes of its own flag with suspicion.

This then is the bizarre contradiction of America’s current disintegration: The elite class and government itself has declared war on nationalism, which begs the question of why anyone would willing work for a nation that doesn’t want to exist. Increasingly, the formerly most patriotic and loyal political factions in the US are abandoning their support for the nation’s police. Between the arrest of the Proudboy’s leader for burning a BLM flag, the endless litany of failures by cops to stop violent far-left counter protestors, and the dystopian zealotry of the witch-hunt for January 6th “insurrectionists”, the right-wing in America is rethinking its support for law enforcement. Even the most braindead “back-the-blue” flag-wavers are slowly realizing that the agents of the country they love are out to get them.

The US military is of course getting a lot of attention for focusing on critical race theory, drag-shows, and “white rage” instead of prioritizing national defense. (Presumably, national defense would actually be highly problematic since it assumes that America should continue existing.) Nowadays the armed forces exist as something resembling a welfare program for minorities and trannies. The existential purpose of the military has itself been rendered incoherent by the naïve elitist conception of a world where nation-states no longer exist or attempt to assert their own interests. That game only works if everyone agrees to play it. Should the Glorious People’s Republic of China refuse to buy chips at this casino table, or worse, set fire to the entire establishment, there is precious little the US will be able to do about it should things continue on this trajectory. Regardless, the armed forces have beat a hasty retreat away from expecting actual discipline from their soldiers.

Needless to say none of this has been a positive development for military readiness or morale, and given that the US is finally throwing in the towel in Afghanistan, the zenith of American military adventurism is clearly very far behind in the rearview mirror. All the technology, spending, and weapons in the world won’t help if you lose the will and ability to use them. The United States armed forces themselves are starting to resemble the stereotypical caricature of an old Baby Boomer on beta-blockers, scrabbling for his AR-15 with a gnarled hand and dropping it on the floor before succumbing to a lethal heart-attack.

This entire tableau of a disunited nation where the individual citizens are at each other’s throats and no one really respects the traditional authorities is a bad tiding for the future of the country. Like a wedded couple headed for a messy divorce, the partners have long turned to scornful unconcealed hatred of each other and their respect for the institution of marriage has totally evaporated. In the minds of many individual citizens, a dissolution of the United States seems preferable to the current state of affairs. A large chunk of the American population is already in a headspace where they’re perfectly okay with states seceding from the union, and if they can accept this in their own private thoughts, then we may not be that far away from it happening in the real world.

America has decided it shouldn’t be a nation or celebrate being a nation, and the way things are going, it just might get its wish.