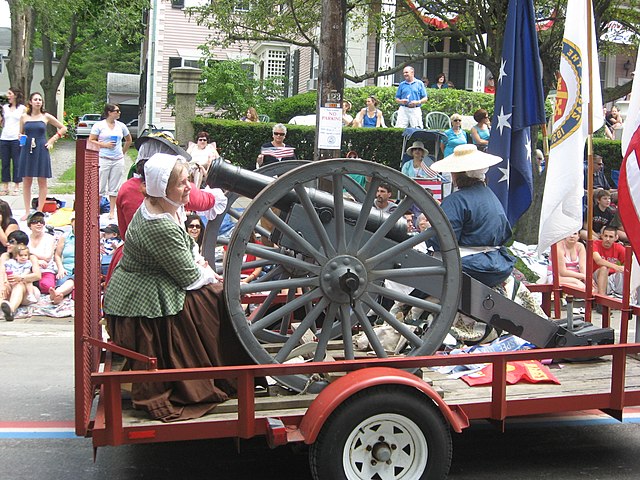 As American communities are buckling under an unprecedented rise in gun homicides, including year-over-year increases of 25% in some areas, U.S. federal law enforcement continues to ignore the problem. Instead, the focus of most federal law enforcement agencies seems to be peaceful, non-threatening, otherwise law-abiding White Americans.

The ATF, not wanting to be left out, has now joined in on the action.

According to the Spokesman-Review (emphasis added):

A 63-year-old Garfield man will spend two years in federal prison after constructing a working red, white and blue cannon in his garage.

Investigators went to Kimberling’s home to conduct a welfare check. They found the cannon, which was later tested by federal agents and found to be operational. It fired a soda can, “leaving a large hole in the center of (a) target,” according to court records.

The bore of the cannon was measured to be 1¼ inches, greater than the ½ -inch bore permissible under federal law. Two other cannons were discovered, smaller than are prohibited by federal law.

In an interview with agents, Kimberling said he believed construction of the device was legal.

Kimberling, quite literally, thought this was America. The irony of the U.S. federal government imprisoning a man for constructing what he likely thought was a patriotic prop is not lost.

One could understand the rationale for prohibiting hobbyists from building cannons in, say, Brooklyn, or another densely populated area where the risk of inadvertent harm is reasonable. But this isn’t Brooklyn, Los Angeles, or Seattle. This is Garfield, Washington, a farming town with a booming population of fewer than six hundred people.

There is zero evidence that Kimberling planned to use the cannon to cause harm to any persons or property. There is no evidence his cannon even posed a risk of causing an accident. The cannon he built is basically a festive Fourth Of July prop.

Things get worse for the Kimberling family. As the Spokesman article states:

Kimberling’s defense argued that the 63-year-old is in poor health and cannot receive treatment while incarcerated at the jail. He also argued that he is the sole caretaker for his widowed mother in Garfield.

An elderly woman, already widowed, will now have her son and sole caretaker taken away from her because of the federal government’s tyrannical approach to “law enforcement” and desire to pad “white terror” statistics.

Federal law enforcement agencies are equal-opportunity tyrants, after all. From unborn children to elderly widows, if you’re White, there’s no mercy.