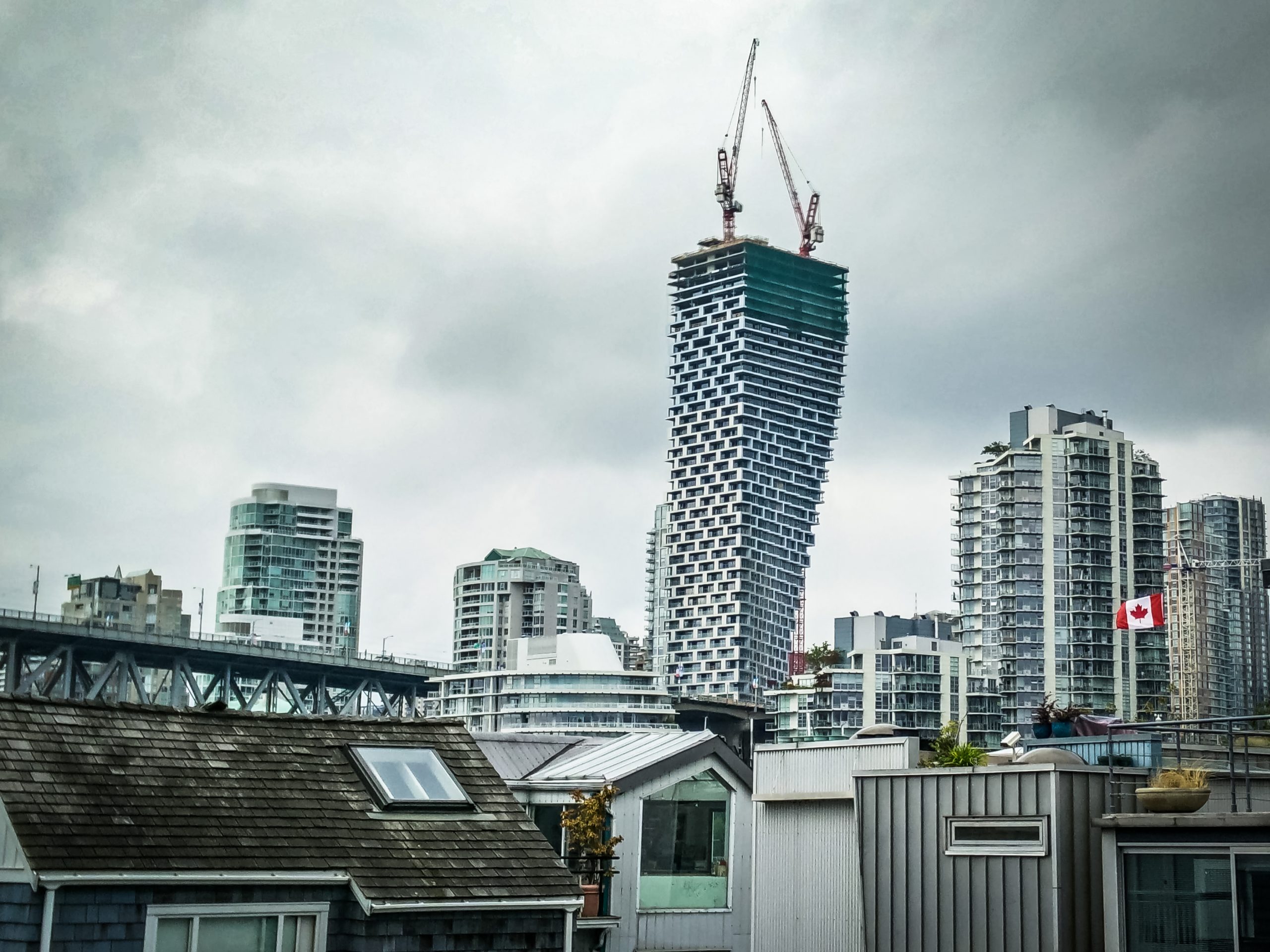 This is a follow-up to last week’s piece covering BlackRock and other private equity firms pricing U.S. homebuyers out of the market, which can be found here.

When you think about hubs for international wealth transfer, you probably think New York, Dubai, Shanghai- not the formerly sleepy port city of Vancouver, British Columbia. Resting at the mouth of the roaring Fraser River, which feeds into the Strait of Georgia and eventually the Pacific Ocean, Vancouver is home to Canada’s largest port and serves as the hub for British Columbia’s prodigious forestry industry.

And yet, Vancouver- the terminus of the vaunted “sea route to the Orient”- is currently “drowning in Chinese money.”

Known abroad primarily for its stunning Pacific Coast setting and athletic lifestyle, the city has since become one of the world’s largest sluices for questionable funds moving from Asia into Western economies. One academic terms the process “the Vancouver model”: a seamy mingling of clean and dirty cash in casinos, real estate, and luxury goods made possible by historic ties to China and by Canada’s lax record of fighting financial crime.

It’s a product of one of the largest financial flows of the 21st century: The money being frenetically shuffled by millions of wealthy Chinese into safe assets abroad, in defiance of their country’s capital controls. Since mid-2014, capital flight from China may have totaled as much as $800 billion, according to estimates from the Institute of International Finance.

Canada admits about 300,000 new permanent residents a year—a much higher proportion, relative to population, than the U.S.—and all its major political parties tout the economic and cultural benefits of immigration.

About 500,000 people in greater Vancouver have Chinese heritage, representing roughly 20 percent of the population, according to Canada’s latest census. The proportion is highest in Richmond, just south of Vancouver proper, which is more than 50 percent Chinese.

The median cost of a detached home in Vancouver proper has tripled since 2005, to C$1.5 million, making millionaires of thousands of homeowners.

Immigration into the U.S. has contributed to the rise in housing demand and corresponding price increase. The relationship is even more pronounced in Vancouver, though, as these Chinese immigrants bring with them an extraordinary amount of money- much of which gets funneled into real estate.

Too Little, Too Late

Canada saw an influx of Chinese migrants in the 1970s, 80s, and 90s, as China began to liberalize their economic policies and allow for wealth to flow out of the country. Immigration from Hong Kong to Canada peaked in 1994, with 44,271 Hong Kongers migrating to the country in that year alone.

As foreigners flowed into Canada, they bought up Canadian real estate. In 2016, foreign buyers accounted for 18% of all real estate, by value, in some Vancouver markets. This number does not include the descendants of Chinese migrants or those that obtained Canadian citizenship. 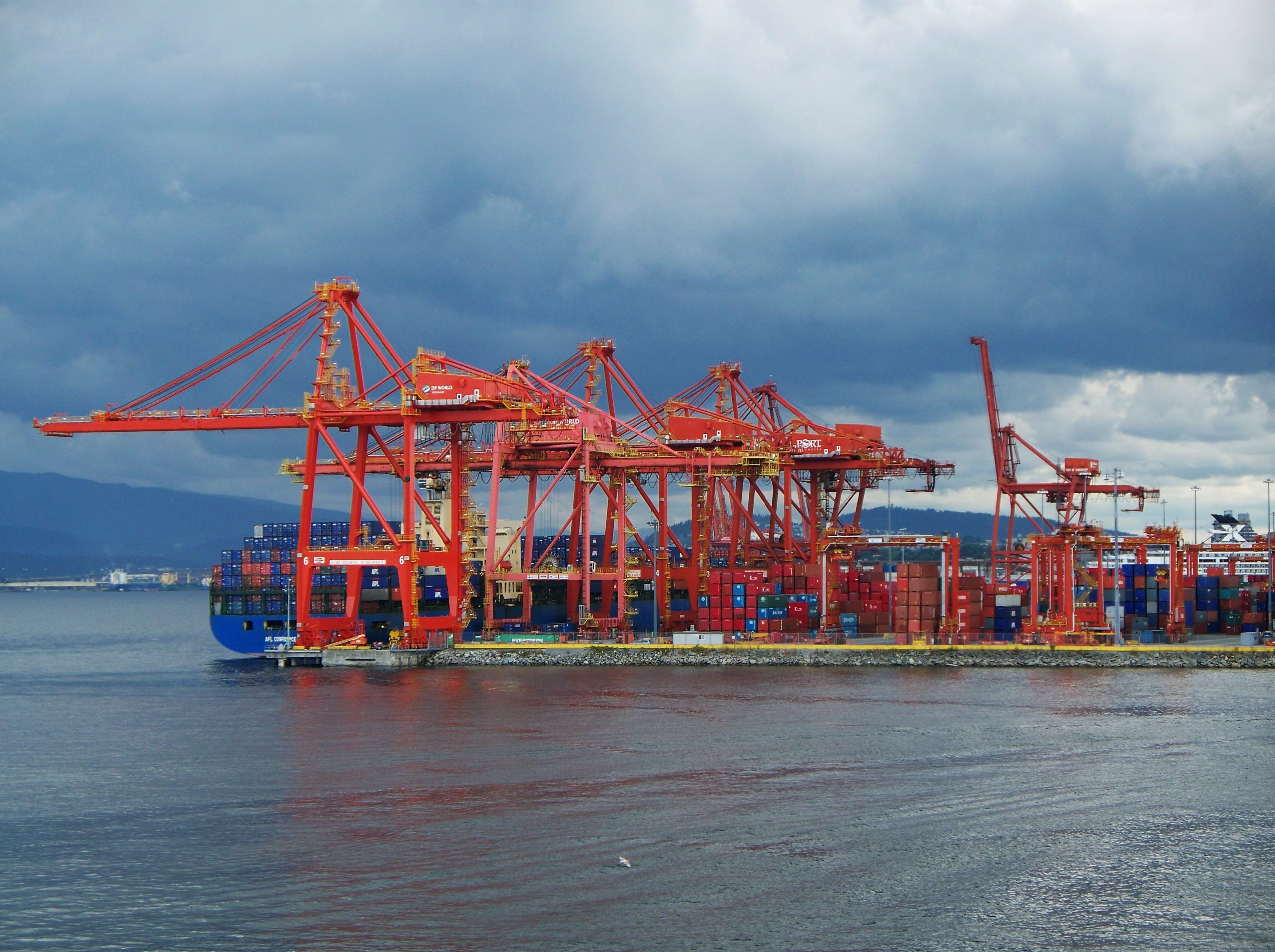 The Port of Vancover is the largest in Canada.

In the fall of 2016, facing political pressure from native Canadians, the BC government imposed a foreign acquisition tax with a base value of 15%, which could be increased to 20% if localities chose.

On the surface, the foreign acquisition tax appeared to have worked: by 2019, foreign buying accounted for 2.9% of real estate transactions by value, before falling to ‘near zero’ at 0.56% in 2020.

Does that mean it worked?

Not exactly- first, the tax was only imposed on acquisitions, not holdings, meaning that foreign buyers that acquired their properties before the fall of 2016 were unaffected.

Of course, for these changes to be effective, the government will need to know who actually owns property in Vancouver.

Statistics Canada didn’t release figures on foreign real estate ownership until 2017, when it reported that nonresidents of the country owned more than 7 percent of the city’s dwellings.

The federal housing agency says that’s an underestimate, though, because overseas investors can route purchases through Canadian relatives or shell companies. In 2016, Transparency International found that the ownership of almost half of Vancouver’s 100 most expensive properties, representing at least C$1 billion in anonymous wealth, was effectively untraceable.

It’s perfectly legal, for example, to purchase the shares of a “bare trust,” whose sole asset is a home, rather than buying the property itself. Technically, the title never changes hands, allowing the buyer to avoid land-transfer taxes. Until September, it was also possible to buy a property using an anonymous corporation with a lawyer as its lone director, or to appoint a “nominee shareholder” who controlled this anonymous company—without disclosing the true ownership in either case.

Meanwhile, lawyers in British Columbia, as in the rest of Canada, are exempt from key provisions of anti-money-laundering law, a standard that national lawyers’ associations went to the Supreme Court to protect, on grounds of attorney-client privilege.

In short, BC’s tax to crack down on foreign property buying may have been in good faith. There’s no evidence that it wasn’t. Yet the enforcement of the tax was rendered difficult, if not impossible, due to the region’s massive pool of Chinese-Canadian ‘property straw purchasers’ and Canadian federal laws that allow the legal shielding of buyers’ identities.

Private equity firms, American and Canadian alike, are seeking to capitalize on the real estate shortage largely caused by Canada’s irresponsible, record-setting levels of immigration. Canada is projected to become majority-minority in the next fifteen years.

According to Urbanized (emphasis added):

The $1 billion in acquisitions will include both the purchasing of existing homes and the creation of new built-to-rent inventory.

The developer plans to purchase and renovate “underutilized and underinvested houses” that have the potential for a legal second unit.

“This adds gentle density to neighbourhoods without disturbing the characteristics of the community,” Core Development Group’s statement reads.

Absent from the Canadian media conversation is whether Canada even needs so many people, and thus, places to house them all. Much of Canada’s forestry industry has shifted to the more profitable American South. Canada’s unemployment rate remains high at 8.2%. Ninety percent of Canadians live within 100 miles of the U.S. border, and most of the country is considered unfit for habitation due to the frigid winters and lack of arable land. 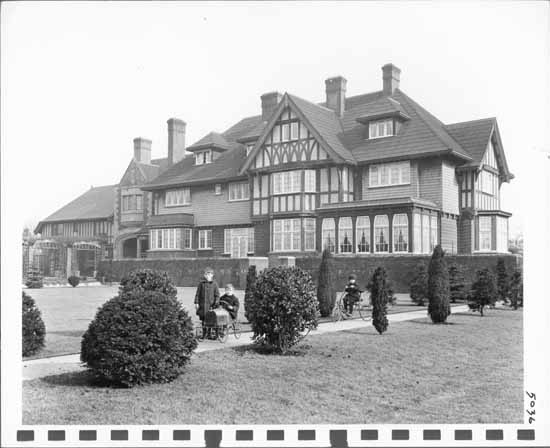 Core Development seeks to turn many of Vancouver’s historic homes into multi-family residences.

Tricon Residential, one of the largest U.S. single-family home rental companies, is set on expanding into Canada, but hasn’t begun purchasing Canadian homes yet. According to CEO Gary Berman, “the problem in Canada is that homes are so expensive,” a problem he believes Core Development is right to solve by having single-family homes re-zoned as multi-family housing.

Canada’s government plans on increasing already record-setting levels of immigration, and while only 17% of Canadians want more immigrants, there appears to be no major party willing to take up this cause.

Fixing Canada’s housing situation would first require cutting off the flow of new demand (immigration) and heavily taxing existing foreign ownership, the funds from which could be diverted into building subsidized multi-family housing in areas that will not significantly impact existing suburban communities.

How Canada opts to solve this problem remains to be seen, but one thing is for sure: institutional finance has its sights set on Canada.