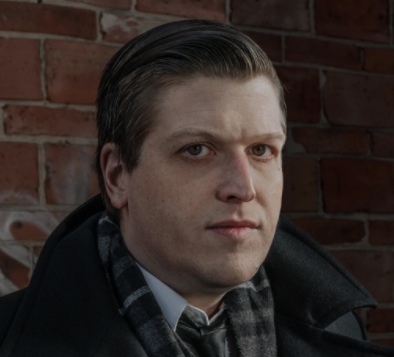 I was idly scrolling through my Corporate Approved Newsfeed™ this morning when a Rolling Stone article popped out at me. Titled “Meet the Undercover Anti-Fascists” and written by Andy Kroll (Not directly related to Nick Kroll despite some striking some visual similarities) the piece details one Christian Exoo and his merry band of spiteful mutants in their efforts to “stop fascism” via doxxing American citizens and calling their employers. Full disclosure, Rolling Stone Magazine is currently owned by the billion dollar Penske Media Corporation. I would go into detail about the founders, editors, and writers of Rolling Stone but I do not wish to associate myself with vulgar anti-Semitism. Suffice it to say that this publication bends along a predictable ethnic and corporate axis.

Opening with a shot of Christian Exoo that would suggest Richard Spencer may have some explaining to do, our story begins with Molly Conger trying to establish how dangerous it is to be an “undercover antifascist” while the writer of the article has to insert something about her “socialist” politics himself. “I’ve been pushed down, beaten, choked, and gassed by a variety of cops,” she says. None of those experiences were enough to dissuade her from attending the January 6th Capitol Trump rally though, which establishes a rather curious relationship between herself and law enforcement. As it turns out, Miss Conger attended the event hoping to dox some people, but they doxxed themselves so effectively with selfies and streaming video that her presence was rendered completely redundant. Despite the presence of her “street medic” no one even tried to stab her.

Our intrepid author moves on to describe a Zoom call featuring the rogues gallery of antifa Twitter, and this is where things get interesting. Christian Exoo openly states that he “fights the police” and that “The police are absolutely a white supremacist institution.”

This is just a standard piece of cliched rhetoric from “antifascists” that use it to signal group allegiance. It is not meant as a substantive critique of institutional power nor do they even believe their own rhetoric, as we’re about to see. Christian Exoo himself displays the essential characteristics of a garden variety psychopath right down to what Andy Kroll describes as an “unnervingly” polite demeanor. Glib, superficial charm is exactly what I’d expect from someone that invents fake identities for themselves in order to get random strangers fired from their jobs. Exoo claims to have been “radicalized” by the police failing to do enough to stop sexual assault, which is a positively laughable suggestion given his own sordid history of sexual creepiness towards women. This is a single man pushing 40 years old that likes to associate with college age “activists”. I hardly think calling this guy a predatory, narcissistic sociopath would brook much dissent from his very own former room-mate.

So how does one “fight” a white supremacist police institution? By doing their work for them, of course.

It’s very, very common to see “antifa” tagging various police accounts or the FBI online. They admit in the self-same article to studying books by former FBI agents like Michael Bazzell on how to conduct so-called “open source intelligence” operations. Ironically enough, the same sociopathic liars falsely claiming to be “anarchists” and “anti-police” have actually turned themselves into nothing more than unpaid investigators for America’s police forces. They clearly do not believe that the police are “white supremacists” because of their implied understanding that the best way to destroy a Nazi’s life is to get them arrested by said police. Really weird that a “white supremacist institution” would arrest white supremacists, now isn’t it?

Their false pretensions to “socialism” are demolished by two simple observations: They openly celebrate using economic precarity to make their victims homeless, and they create absolutely ZERO socialist content of any sort. Their raison d’etre is targeted campaigns against “fascists”, their “socialism” is mere window-dressing. The types of people they’d like to doxx and destroy spend more time earnestly discussing the contributions of leftwing intellectuals and anti-capitalist philosophy than they do. A socialist might examine if the economic conditions of America themselves are creating more extreme politics, or if this heralds an opportunity for recruiting more people into leftwing populism but such questions are very far from the minds of these “anti-fascists”.  Instead, they describe themselves in the same fashion as a state run intelligence agency, with Christian Exoo doing his very best Jack Bauer impersonation:

“If we do our jobs right, the world doesn’t know about it,” he said. “The bomb doesn’t go off. The Capitol doesn’t get stormed.”

In their very own imaginations they see themselves not as anarcho-socialists, but as the CIA. They actually aspire to be government spooks. Were it not for psychological screening Christian Exoo might even be an FBI agent right now. Of course they are intellectually uninterested in critiquing surveillance capitalism or the increasing securitization of the US police state, they are willing supporters of this status quo and completely depend on it. It’s no surprise that their exploits are cataloged and amplified by a mainstream corporate entity, nor does this provoke the slightest self reflection on the part of the subjects themselves, despite their alleged “anti-capitalist” tendencies.

These are not “socialists”, these are free-lance secret police.