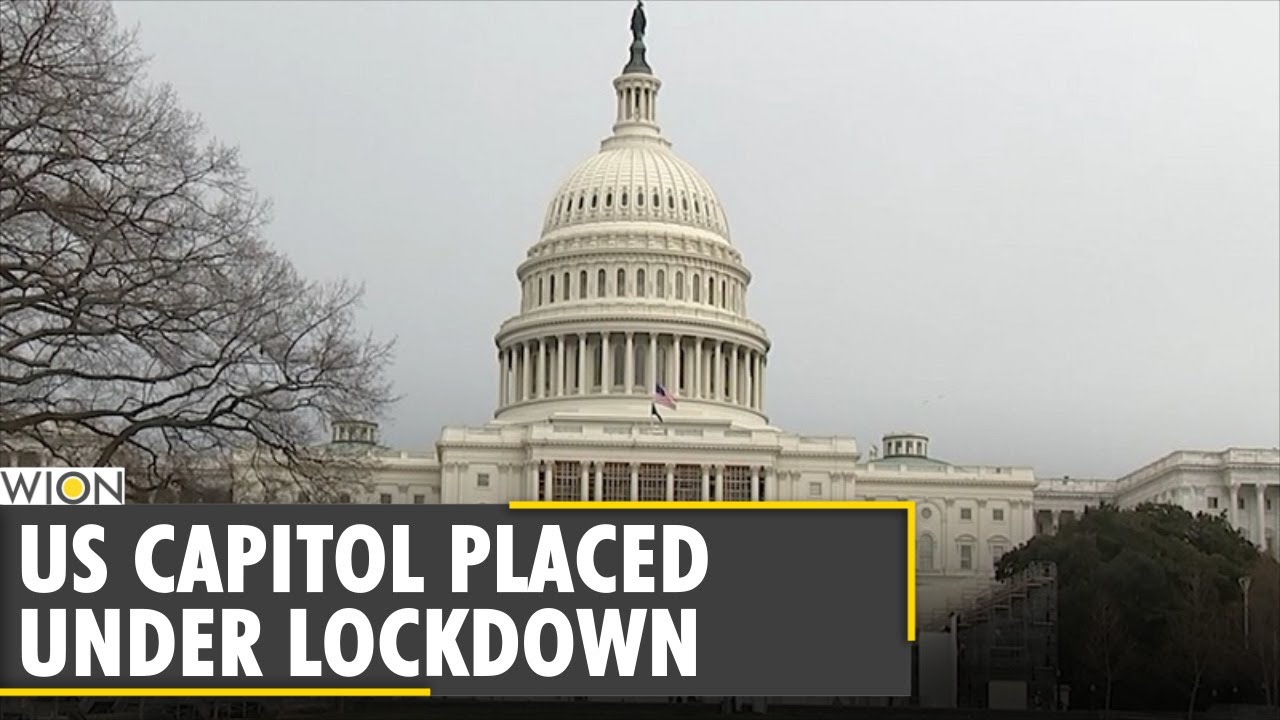 For decades Americans were kept safely frozen in a stasis field of two-party politics, Finkelthink, and hyperreality. There was for a time an American cultural coherence peak with enough material prosperity to produce a generation of brainless, narcissistic consumers incapable of wielding political power towards any tangible goal. We know of them as the Baby Boomers, and the product of their myopic hubris was something Francis Fukuyama called “The End of History”, a point of demarcation signaling an eternal reign of neoliberal democracies over human societies. To others, this Capitalist Realism dominated the very imaginations of citizens in western countries, making it easier to envision the end of the world itself than the end of the current world order or capitalism. I grew up under this postmodern swan song of America, an eerie twilight between a past heyday and a fully realized dystopia. Politics during my lifetime has never been more anti-political, more disconnected from truth, more of a sensationalized reality TV show.

Hyperreality isn’t just a simulation sitting atop a hidden reality though. It’s a feedback loop that corrupts reality itself; a hemorrhage of simulacra that bleeds into the real world and creates a further entrenchment of itself.

The events in Washington DC on January 6th showed that people really can be incited to storm a capitol building on behalf of a bloated orange reality TV star and wild internet conspiracies that were almost certainly the result of a manufactured psy-op by members of the very government being protested. Even as confused and deprived of political consciousness as Trump’s last supporters may be, the system by its own schizophrenic logic had to treat them as a deadly threat. The illusion of a violent coup must be treated just as seriously as an actual coup, for the same reason that a lunatic with a plastic pistol will likely find himself just as dead as a real gunman.

In the aftermath, America fully revealed itself as a surrealist farce. The country that pretended to “spread democracy” across the globe now has an actual army deployed in its capitol during the inauguration of a new president. Any remaining pretentions of American exceptionalism were instantly shredded by the full-blown banana republic imagery of the National Guard locking down Washington DC. It would seem that to the American establishment, one must become the coup to defeat the coup. Combine this with increasingly bellicose rhetoric about half the country being “white supremacist terrorists” and the idea of a united country or a “return to normal” becomes a fantasy wilder than any of the Q-anon theories. 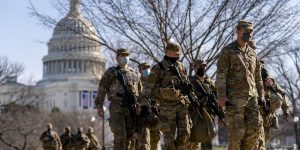 All of those long years of race-to-the-bottom political smear campaigns and demographic change that recast a mostly homogenous and unified country into warring factions of “liberals” and “conservatives” ultimately helped to create two opposing tribes that really believed all the insane propaganda about each other. It doesn’t matter if someone is truly a “white supremacist” or “communist” as long as enough people pretend that he is and view him as a threat accordingly. Like the lunatic with the plastic pistol, the consequences of crazy political rhetoric can prove just as deadly to the one who believes it as being an actual revolutionary militant.

America has at long last hit the stage of decay in which its own ignoble lies, contradictions, and superstitions are laid bare. The “free press” of the United States showed itself to be just as craven and disconnected from reality as the worst Soviet propaganda, to such a shocking degree that the state-run media of Communist China is a more trustworthy news source than the New York Times. Rather than admit that an unarmed protester was executed in broad daylight by a cop, our “news outlets” brayed about the hypocrisy of the police treating Trump supporters with kid gloves. At least the Chinese recited the plain fact that US law enforcement was killing its own citizens in our capitol during an election protest. Let that sink in, in 2021, you’d be better off consulting actual state propaganda from a socialist country than open an American newspaper if you want a factual take on a recent event in one of our cities.

While the Washington Post frantically tries to reassure its readership that no one should ever “doubt the strength of America’s democratic institutions or our people”, the People’s Daily of China persuasively argues that the west’s “democratic conceit” has gone to its head and that “America’s self-righteous sense of morality has in reality nothing to base itself on.”

And what of America’s “Greatest Ally”, Israel?

Rabbi Shmuel Eliyahu put the final touches on America’s obituary this week and declared that “Israel must fill the vacuum” left by the imploding United States. No country on earth receives more aid from America than Israel, and no ethnic group has been more privileged in the US than Jews, but even the Israelis are already grabbing shovels to throw dirt on a red, white and blue coffin. With absolutely zero self-awareness of the role Jews played in the degradation of American culture, Eliyahu laments that “This is not the first time a superpower collapses due to a crisis of values and returns to being a normal country among other countries.” After decades of Jewish influence on the tone of American politics, cultural values, drug abuse and immigration policy, Rabbi Smuel throws the results of all this subversion in the face of the west as evidence of its own moral failings. I believe the Yiddish word to describe his behavior is “chutzpah”. 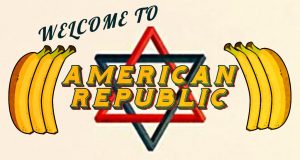 In the end I must agree with the Chinese Communists though: The “end of history” was declared prematurely, and Uncle Sam himself has become a watermelon.