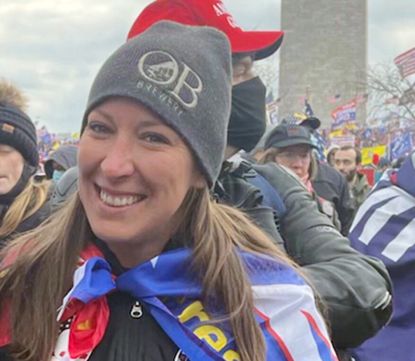 On January 6th, 2021, the first week of the New Year got off to an even crazier start than 2020’s global pandemic/Black Lives Matter insanity. Trump supporters stormed the US capitol and successfully overran the building for the first time in 200 years. This unprecedented conquest followed Trump’s “Save America” rally in which he publicly addressed his followers and stirred them into action before quietly slipping out the backdoor.

I’ve protested in DC before. The National Mall has always been seen as a sort of safe zone, a place where political demonstrations can be safely held without the sort of corrupt ambush tactics seen in Charlottesville.

I was quite honestly shocked by scenes of protesters successfully breaching the perimeter of the capitol and then gaining entry to the building itself, this was a norm-breaking event beyond even the surreal changes to public life of 2020’s pandemic hysteria. For those that wondered how the US government would handle protestors that refused to comply, we now had our answer. The cops retreated and the crowd pushed into the “sacred halls of American democracy”, polluting that “holy institution” with their unclean, unwashed masses.

While the news media clutched their pearls over the images of ordinary citizens daring to enter the Senate chamber of a despicable, evil regime, the rest of us were treated to some pretty good antics by the common man, like Richard “Bigo” Barnett scratching his balls and leaving a nasty note on Nancy Pelosi’s desk. There were also the iconic photos of “Q Shaman”, a shirtless, horned viking caricature holding court in an abandoned senate. The hilarious post-modern spectacle of the working class laying siege to the capitol in support of a New York real estate tycoon was ultimately broken by a tragic killing that encapsulates all of American politics in a single picture. 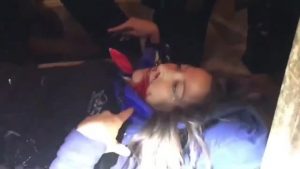 Ashli Babbit, a 14 year Air Force veteran was shot dead while trying to gain entry through a locked door inside the capitol building with a Trump flag draped around her shoulders. You can find videos of her falling limply to the ground after apparently being hit with a single round from Mike Pence’s security detail, weakly moving her lips in her final moments. I think that sums up the entirety of the last four years: a long-time member of the US military bleeding the last of her life’s blood into a rag with Donald Trump’s name stitched on it. Someone galvanized by Trump’s speeches and rhetoric lost her life senselessly for the sake of a man that will never honor her memory.

Ashli Babbitt died in the capitol of the nation she served for 14 years, while the corrupt elites cowered shamefully, terrified of their own constituents. As their cretinous servants punched, battered and SHOT protesters, the congressmen elected to represent these victims hid from them and ducked behind their seats. The image of so many craven, schelorotic faces twisted in fear of their own citizens is a poetic contrast to the death of an unarmed woman daring to make her voice heard. 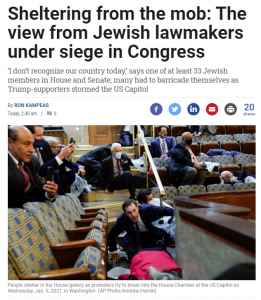 There’s a lot that could be said about a woman being shot to death so Jewish lawmakers could vote on how much more money Israel gets this year or which innocent middle eastern country deserves to be hit with an airstrike, but ultimately it was Trump himself who was responsible for getting his own supporters killed. It was Trump and Trump’s campaign that constantly bellowed about election fraud and the illegitimacy of the government. That very same morning Trump made bold claims about Biden’s “theft” of the election and whipped his loyal supporters into an enthusiastic mob that proceeded to “fight like Hell”, just as their leader told them to.

When the actual fighting started Donald Trump was nowhere to be found.

Beyond the assertions of voter fraud which are debatable and the illegitimacy of the government which isn’t, the abject failure in leadership overshadows it all. Trump pursued a narrative that his followers believed, and that narrative had very real consequences. If you instill revolutionary, dissident and insurrectionist energies into your most loyal base of support only to abandon them to a suicide mission, you’re just a criminally negligent coward.  Like any drunk driver, Trump’s car crashes always seem to do the most damage to everyone except the wasted orange blowhard behind the wheel.

A security officer might have pulled the trigger, but it was ultimately Donald Trump that pushed Ashli Babbitt into the line of fire.

So You Just Found Out You’re a Political Dissident