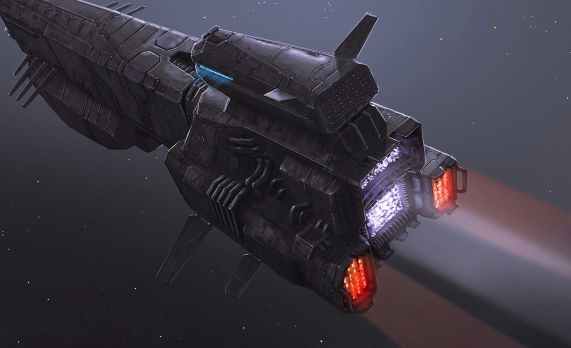 Black Lives Matter, as many observers have noted, seems to erupt and peak in activity during election years. Like gigantic retro-boosters firing on the Democrat flagship, the flaring rocket-motors of BLM torch the surrounding countryside and steer the lumbering behemoth of global neoliberalism back towards destiny. With momentum and a course correction, the inexorable forces of late stage capitalism shoulder aside the looming gravity of populist discontent to claw for the stars once more.

To understand what Black Lives Matter represents, it’s helpful to examine what it isn’t. BLM does not represent a challenge to “institutional white supremacy” precisely because that structural phenomena doesn’t exist in the first place. The media establishment only bandies about a villain if said villain was defanged and castrated eons ago, hence the continual bleating about various threats from “Nazis” to “evangelical Christian Dominionists”, or, in this case, “racist police departments”. Writers from Jean Baudrillard to Christopher Lasch said this decades ago, the establishment prefers to fight only against defeated enemies. As I examined elsewhere, from an objective, structural point of view blacks get a relative slap on the wrist in the United States by law enforcement while whites are increasingly held to a double standard. “Institutional white supremacy” just isn’t real.

BLM itself does not represent a challenge to actual power, which is by and large economic in structure. In fact, it hands an easy win to massive corporations that can award themselves a moral victory by displaying a black square for a day and announcing a few diversity initiatives that certainly won’t result in the firings of any CEOs or senior management. Because Black Lives Matter doesn’t confront any real problem it’s freed from having to make serious demands on power itself. Capitalism wins, the government wastes more money on “muh programs”, and most importantly, whites are antagonized yet again.

It’s precisely for this reason that BLM always rallies around the ugliest, nastiest, and most violent “martyrs” for their cause. The purpose of Black Lives Matter is to generate another flytrap for populist angst issuing from the discarded human capital of the white common man. George Floyd was just another in a long line of flags waved about by the matador of neoliberalism, another target to charge at while your neck is lanced again with another punishing round of anti-white policies.

BLM is hardly the only pseudo-political diversion pushed down on the mass population. In the age of Covid we get to waste our energy on futile debates about wearing masks, submitting to vaccinations, and complying with endless lockdowns. No trace of leadership is to be found anywhere, there is no honest discussion about calibrating a proper response designed to meet certain actionable goals; it’s just an endless morass of sensationalism, outrage and disinformation almost custom designed to overwhelm the senses of the average citizen.

The pitiful swan song of the Trump presidency drawing to a close announced another great timesuck for people looking to bleed off what little of their energy was still intact after the last 4 years of mediocrity. Now you could “Stop the Steal”, which in real world terms meant helping shameless grifters purchase tungsten cubes for their desks while you made a fool of yourself. Think for a moment about the anti-politics of steal-stopping: If the election was truly stolen, then there is absolutely no point to electoral politics, supporting Trump, or begging the stealers to please give back the election. Only fools play rigged games.

Notice that all three of the major trending issues I’ve mentioned in this 2020 recap aren’t truly political in their dimensions. Rather, they are a type of calibrated delaying tactic, diversion, or crude distraction designed to prevent mass political consciousness. You can further observe the discrepancy in how the system of state power and corporate dominance responds very differently to past eruptions of actual dissident unrest, like Occupy Wall Street or the Charlottesville Unite The Right rally. Unlike the faux struggles of pitiful Trump demonstrations or whining to local officials about Fuddruckers being closed, those two events represented very real opposition to the direction of neoliberalism, whether it be tremendous wealth inequality or forced diversification of a historically homogenous population. It’s no surprise that government agencies deployed a time tested litany of counter-measures to break up those movements before they coalesced into something dangerous for the oligarchs.

We can do better than this though, we can avoid getting sucked into these diversions while the elites quietly rob the mansion and run off with the silverware. Instead of arguing about stolen elections and mask-wearing, we can ask the hard questions, such as why does Israel get billions of dollars of US aid and why does the average voter have zero impact on policy making? Why can’t we nationalize our healthcare system, build domestic industries, and break corporate power? Why do we have to accept an economic arrangement that makes transnational elites monstrously rich while the average American can’t even afford to reproduce? If certain ethnic groups can achieve a conspiracy of total dominance called “white supremacy”, then why isn’t the disproportionate influence of Jews on government policy and mass media critically examined under the same general assumptions?

These are the real political questions, don’t accept any substitutes.