Wallace: Patriot Front Is Preparing For The Post-Trump Future 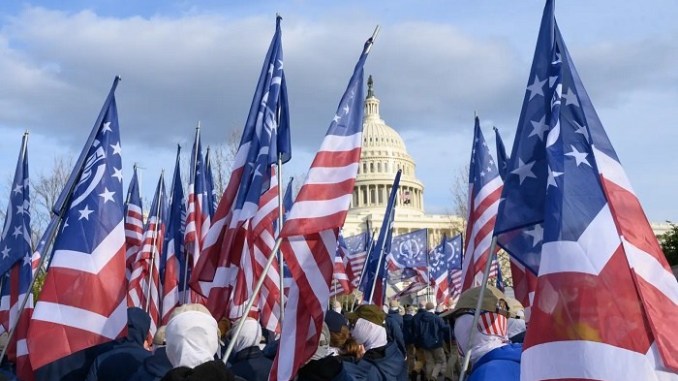 When this nightmare is over, we need a Truth and Reconciliation Commission. It would erase Trump’s lies, comfort those who have been harmed by his hatefulness, and name every official, politician, executive, and media mogul whose greed and cowardice enabled this catastrophe.

I agree with Thomas Rousseau.

“As the United States hurtles toward the presidential election, the country seems ready to forget that its own homegrown fascism predated President Donald Trump — and to ignore that it will last after he leaves office. Yet for its part, Patriot Front couldn’t care less about the results of the upcoming election.

“It does not matter what people personally believe about it,” wrote the organization’s leader, Thomas Rousseau, who did not respond to a request for comment, in one of the chats. “Casting a ballot is a submissive gesture to legitimize tyranny. It is fundamentally amoral. It is done as an insult to the nation’s cause and the organization.” …”

If Trump wins, he wins.

But if Trump loses, he loses.

We don’t have any dog in this fight. It is not going to make any difference to us.

We’ve never been represented by his conservative coalition and won’t be in the next four years either. The Center Right is useless and the most that can be expected from it is four more years of Ben Shapiro articles going viral on Facebook and Jared Kushner using the White House to advance his own agenda. Regardless of who wins, the country is only going to become more polarized. If the roof doesn’t end up collapsing on our heads before Thanksgiving, we can consider ourselves blessed but given the way things are going in the “mainstream” and the hatreds on both sides that have been unleashed by the election and the methods the Left has used against the Right to get rid of Trump it can’t be far off.