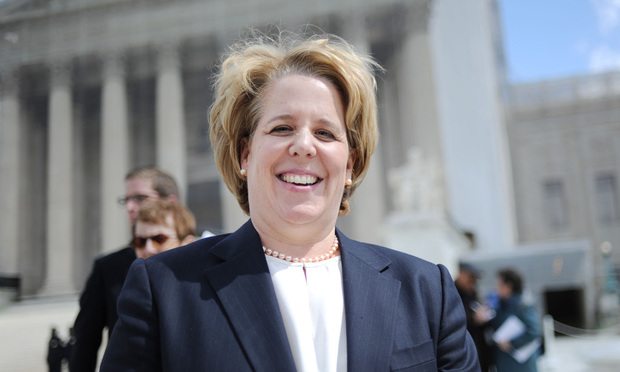 When litigator Roberta Kaplan speaks to the Jewish community about her ongoing work in the Sines v. Kessler lawsuit, it is always sold as a selfless crusade to shut down the “Nazis” that marched in Charlottesville when the First Amendment failed to.

What Kaplan fails to mention is how much her small law firm, Kaplan, Hecker, & Fink LLP, is charging Amy Spitalnick’s non-profit for this display of barratry.

The 2017 and 2018 financial records for Spitalnick’s 501(c)(3), Integrity First For America (IFA), reveal that they are in poor financial health thanks in part to Kaplan’s 30-person boutique having billed them a sum of $4.1 million for the legal circus.

Spitalnick has previously addressed IFA’s high security expenses, which she blames on supposed threats from the “Nazis” they are suing. But Nardello and Co, listed as the provider of their “security services,” is actually known for the retired spies, ex-federal prosecutors, bankers and former government officials they use to pull strings to help rich people tip the scales in court.

While IFA’s most recent 990 form is not yet available, there are signs that their lavish spending is starting to catch up to them. Numbers crunched by Cause IQ show that IFA’s assets to liabilities ratio is abysmal. Last December, speculation about the lawsuit taking its toll on IFA increased when the Anti-Defamation League (ADL) suddenly announced it would help bankroll their efforts in Sines v. Kessler.

The Money Slushing Around

According to laws governing tax-exempt organizations, individuals in a decision-making role over nonprofits are banned from inurement — paying themselves large fees from money raised as a charitable donation.

While IFA does not formally list Kaplan as an employee, a Politico report dating back to its October 2017 founding revealed that Kaplan “spearheaded” the organization’s creation and personally recruited its staff.

Alan Levine, an elite trial lawyer and partner at ‘BigLaw’ powerhouse Cooley LLP, has been increasingly present as a litigator in Sines v. Kessler filings since the ADL decided to jump on board as a sponsor. Levine, who legal experts consulted by National Justice believe charges more than $1,000 an hour, is an award-winning member of the ADL.

These revelations about Integrity First for America leave many unanswered questions. At best, Jewish ethnic activism is one of many motivations.

What’s certain is that no matter the outcome of the trial, which was moved to April 2021, the plaintiffs are unlikely to see much of the money awarded to them from the largely indigent and bankrupt defendants if they win.

While many Sines v. Kessler plaintiffs are frauds, some did have hospital bills related to the James Fields incident.

If IFA was interested in aiding them, why didn’t they offer to just give them the money or help pay their college debt?

Instead, they will be spending what may amount to more than $10 million dollars in giveaways to their friends, making rich Jewish lawyers even richer while the people they represent get nothing.

Why Ron Perelman is Liquidating His Assets