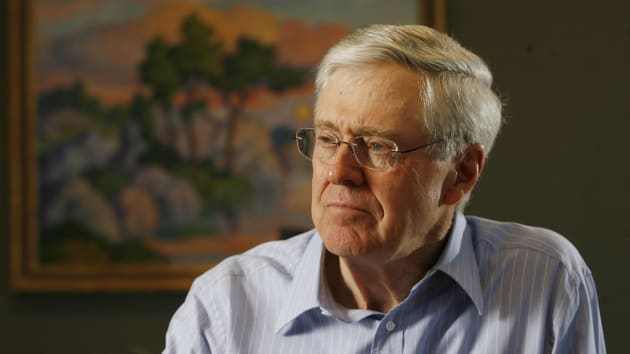 It will be different this time.

The GOP isn’t going to nominate and confirm another solid pro-business judge on the Supreme Court under a disingenuous cloak of social conservatism.

“The political advocacy group backed by billionaire Charles Koch is officially launching their campaign in support of President Donald Trump’s latest nominee to the Supreme Court.

The Koch linked group, Americans for Prosperity (AFP), moved ahead with what will likely be an expansive and expensive campaign for the organization to help push Trump’s nominee through the Senate. Trump on Saturday selected Judge Amy Coney Barrett to replace the late Ruth Bader Ginsburg on the Supreme Court. …”

“The U.S. Chamber of Commerce has begun mobilizing its resources and lobbying lawmakers and businesses across Washington to put Judge Amy Coney Barrett on the Supreme Court, with plans to launch a multi-step effort this week, sources familiar with the plans tell Axios.

The big picture: The effort comes as the traditionally conservative-leaning Chamber has faced weeks of intense backlash for its decision to endorse 23 vulnerable House Democratic freshmen in November. The criticism reached a fever pitch last week, culminating in a call from President Trump himself.

What we’re hearing: Similar to their previous pushes to help confirm Justices Neil Gorsuch and Brett Kavanaugh, the Chamber plans to roll out a detailed campaign in support of Barrett, including …”

I’ve concluded that pointing these things out ultimately don’t matter. Even when people know they are being conned, they will go along with it anyway. They prefer illusions.

The social conservatism of these “conservative” judges is the bait. The fiscal conservatism is the hook. The Supreme Court has been controlled by Republicans for over 20 years and it has produced nothing but shattering defeats for social conservatives and victories for corporate interests. The same is true of the Trump administration and the GOP Congress. The bait of “National Populism” we were sold in 2016 turned out to be only the disguise for the tax cuts, deregulation and criminal justice reform.

Note: In 2020, the GOP is at least giving their voters fair warning that they are voting for the Platinum Plan for Black America. Criminal justice reform was snuck in during the lame duck session after the 2018 midterms which had been about stopping the caravans, social media censorship and Antifa.