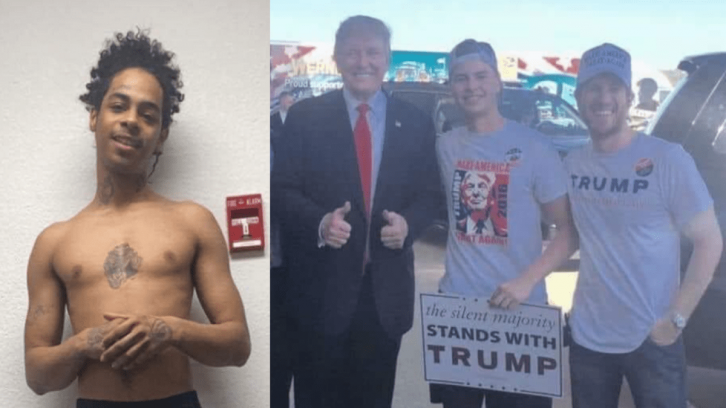 Nebraska bar owner and white Trump supporter Jake Gardner committed suicide today after a Grand Jury indicted him for manslaughter, use of a firearm in commission of a felony, terroristic threats, and numerous of other felonies in relation to the shooting of James Scurlock.

The shooting occurred on May 30th during a Black Lives Matter riot in Omaha. Gardner had posted up outside of his bar, The Hive, to prevent looters from attacking his business.

According to both witnesses and footage of the incident, 2 rioters tackled Gardner to the ground outside of his property. He pulled out his gun and fired warning shots in the air, which dispersed the attackers. Another assailant then put Gardner in a choke hold from behind which forced him to shoot and kill the aggressor, 22-year-old James Scurlock.

Omaha District Attorney Donald Kleine refused to charge Gardner, calling the shooting a textbook act of self-defense. This decision was overruled by a “special prosecutor” appointed to the case, former black federal prosecutor Frederick Franklin, who called a Grand Jury after left-wing activists dug up evidence that Gardner was a vocal Trump supporter and critic of Black Lives Matter.

Gardner and Scurlock had never met before May 30th. Former Assistant US Attorney Franklin showed the Grand Jury texts and Facebook messages revealing his political views, which he claimed was important in understanding the “frame of mind” of Gardner, and thus establishing the white man’s criminal culpability three months after DA Kleine decided he was innocent.

A number of bizarre claims were used to try and frame Gardner as a frothing at the mouth racist in the media. A Medium post by a person claiming to know Gardner from June suggests that a reference on his LinkedIn page to being the founder of “EON Hospitality Management” might really be a coded nod to an obscure and short-lived World War II-era Greek ‘Nazi’ Youth organization.

According to reporting by The Gateway Pundit, shortly before committing suicide Gardner expressed concerned that his bail would be set at millions of dollars and he would not be able to afford to pay for his legal defense. Gardner attempted to raise money on Go Fund Me, but the for-profit company took his appeal down for political reasons. If convicted, Gardner would’ve been sentenced to 95 years in prison.

As for the “victim” Scurlock, he was filmed earlier on the night of his death looting and vandalizing various shops. He and four other black men were convicted and sentenced to prison 2015 for an armed home invasion, for which Scurlock served one year out of a five year sentence. Scurlock was convicted again for assault and battery in 2019, and once more for domestic assault in February 2020, which he served 90 days in jail for.

The death of Jake Gardner personifies how abusive the criminal justice system has become in the Trump-era. It is now normal for bounty-hunting prosecutors to use a white person’s right-wing political views to try and establish criminal motives in cases where none exist, as seen with the McMichaels or the Wuestenbergs.