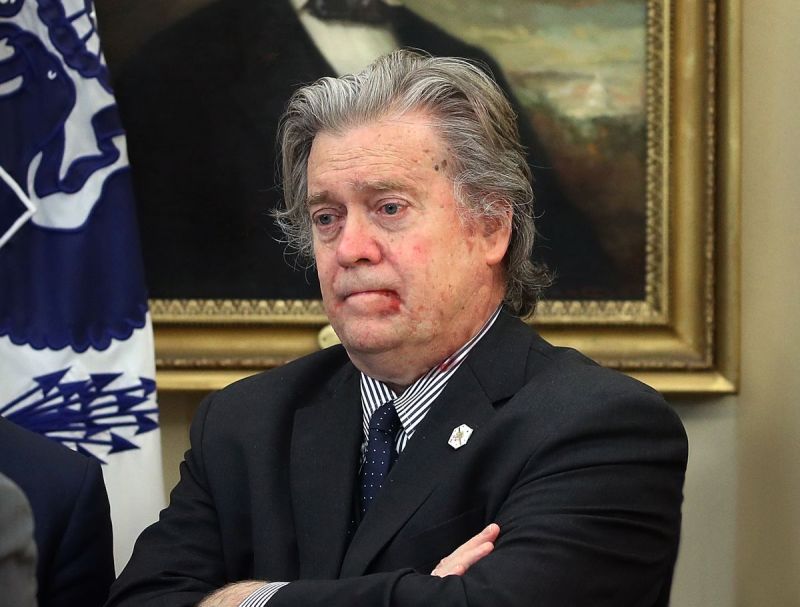 In the words of Eric Hoffer,  almost every mass movement in America “ends up as a racket, a cult, or a corporation.” More details will be forthcoming regarding the arrest of Stephen K. Bannon – full-time anti-teetotaler and one-time architect of Trumpism – but one thing we can say for sure: this is not only one of the most poetic grifts of the Trump administration to date, it checks all 3 boxes of Hoffer’s paradigm. The disheveled and unkempt man behind the man who sailed to victory on the promise of “building a wall and deporting them all” siphoned over $1 million out of a non-profit that claimed 100% of its donations would go to building the wall…that Trump was also building, or something.

Given what we knew on the day of his arrest and subsequent release from jail on a $5 million bond (just $1 million shy of one very lucky number), no one – not even the president – came to Steve’s rescue. This is equally poetic in that it demonstrates that not even the most ardent promoters of Zionist interests shall be spared from the wrath of an unapologetically Jewish system. Steve mistakenly believed that he too could join in the looting that has been underway in America for decades. Big mistake, nnngoy.

It seems Trump himself may have been aware that not all was well with We Build Bannon’s Liquor Cabinet when he said just five weeks ago that the organization “was only done to make me look bad”. Just a year before, Kris Kobach said it had Trump’s blessing. Donald Trump Jr. praised it saying “This is private enterprise at its finest. Doing it better, faster, cheaper than anything else, and what you guys are doing is pretty amazing.”

Bannon has known all along what we’ve only come to fully understand in the past two years: Trumpism is an op not a movement and that op is being wound down, destined to become a foil for the remaking of and even faker and gayer conservatism, so better get while the getting’s good. Aside from the illegality of what he did, Bannon has two problems: 1) he trusted Trump to have his back and 2) he’s not Jewish.