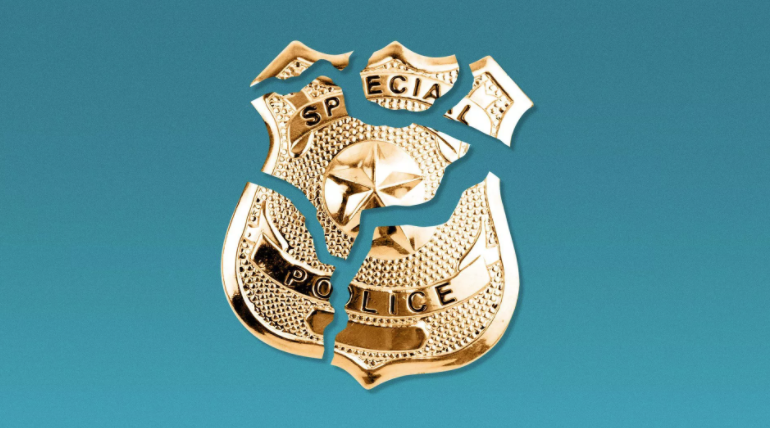 According to Foucault, the last century was marked by the presence of “disciplinary societies” in which social order was maintained by various concrete institutions. Strict maintenance of property norms was a prerequisite of capitalism, so the story goes. If you didn’t keep the dockworker from pilfering the cargos of ships he unloaded then older, more primitive forms of market economics simply wouldn’t be efficient. Thus according to some, a gradual escalation of law enforcement and top down “discipline” of the average citizen was needed to pave the way for optimal trade of goods and services. The individual passed between the walls of factories, prisons and schools where his behavior was modified according to the protocols of repetitive disciplinary practice in order to shape him into a “docile body” compliant with the needs of businesses and the state. Under this reading of history the legal system and corporate training functioned as a sort of enormous “loss prevention service” to protect capitalism itself from theft, property damage or mass labor movements. Ultimately for the citizen living in this system while the organs of power were explicit and their effects plainly obvious, he still had some private life to himself away from the crude machinations of bosses and cops.

Whether this reading of history is fully accurate or the overly broad “just-so story” of a gay Frenchman is debatable, but what isn’t up for debate is the sudden disintigration of police authority.

While rioting, mass civil unrest and occasionally violent suppression of said disturbances by the iron fist of the state has remained a common fixture in American history, the latest string of “protests” in 2020 have devolved into full blown anarchy without being brought to heel by the police. In fact, the existence of the cops themselves is openly protested and many jurisdictions are actively defunding their police departments. The examples of individual cops themselves being fired and facing charges for simply conducting their duties are too vast to enumerate here, as is the full scale of this consequent demoralizing effect on law enforcement in general. To be a police officer means the entire media apparatus is poised like a Sword of Damocles over your head, ready to decapitate your career and personal future in an instant.

The most salient takeaway from the civilizational shift in the role and importance of traditional modes of discipline within America is that we are indeed making the final transition into a “control society” that is both uninterested in prosecuting criminals and highly sophisticated at directing and controlling the civilian population via other means. In a recent article at the Guardian by Jason Wilson, he laments that Google turned over personal information by far-right commenters to the police without also banning the users. A source in the story decries the “recklessness” of Google for turning this data over to law enforcement given their “failure to keep people safe” and suggests the search engine company is “deflecting responsibility”.

In 2020, silicon valley tech firms are seen as a more legitimate source of authority than the police.

On a basic, obvious level, tech companies are in the information business and have absolutely zero incentive to be interested in day to day crime within communities. Notice that while Google’s “CyberCrime Investigation Group” is quite fixated on the activities of “far right” individuals that might disrupt the propagandistic ecosystem on its platform with their dissident politics, there is apparently no desire at all to manage inner city crime or report violent online threats by blacks to the police. Tech monopolies like Google are more than zealous about preserving a sort of hypnotic stasis within their particular hyperreality by weeding out wrong-thinkers, but out here in the desert of the real no one is terribly interested in preventing your 5 year old son from being shot in the head.

We can expect that as this transference of authority is completed, basic policing will largely vanish while full spectrum control of what you say and believe in the privacy of your own head is ever more strictly modulated in accordance with the cultural norms of a hostile “elite” class. Cops are superfluous, there are better methods for managing a populace. Be especially wary of the transition to “online” work and education, which offers convenience at the cost of a total invasion of your personal space. The digital online dreamworld is already bought and owned by vast corporate oligarchs that do not answer to the citizens of any nation or leader. We are poised to slide backwards in terms of political autonomy while simultaneously being subjected to totalitarianism far more encompassing than any mere “police state”.

The new jackboots are digital.