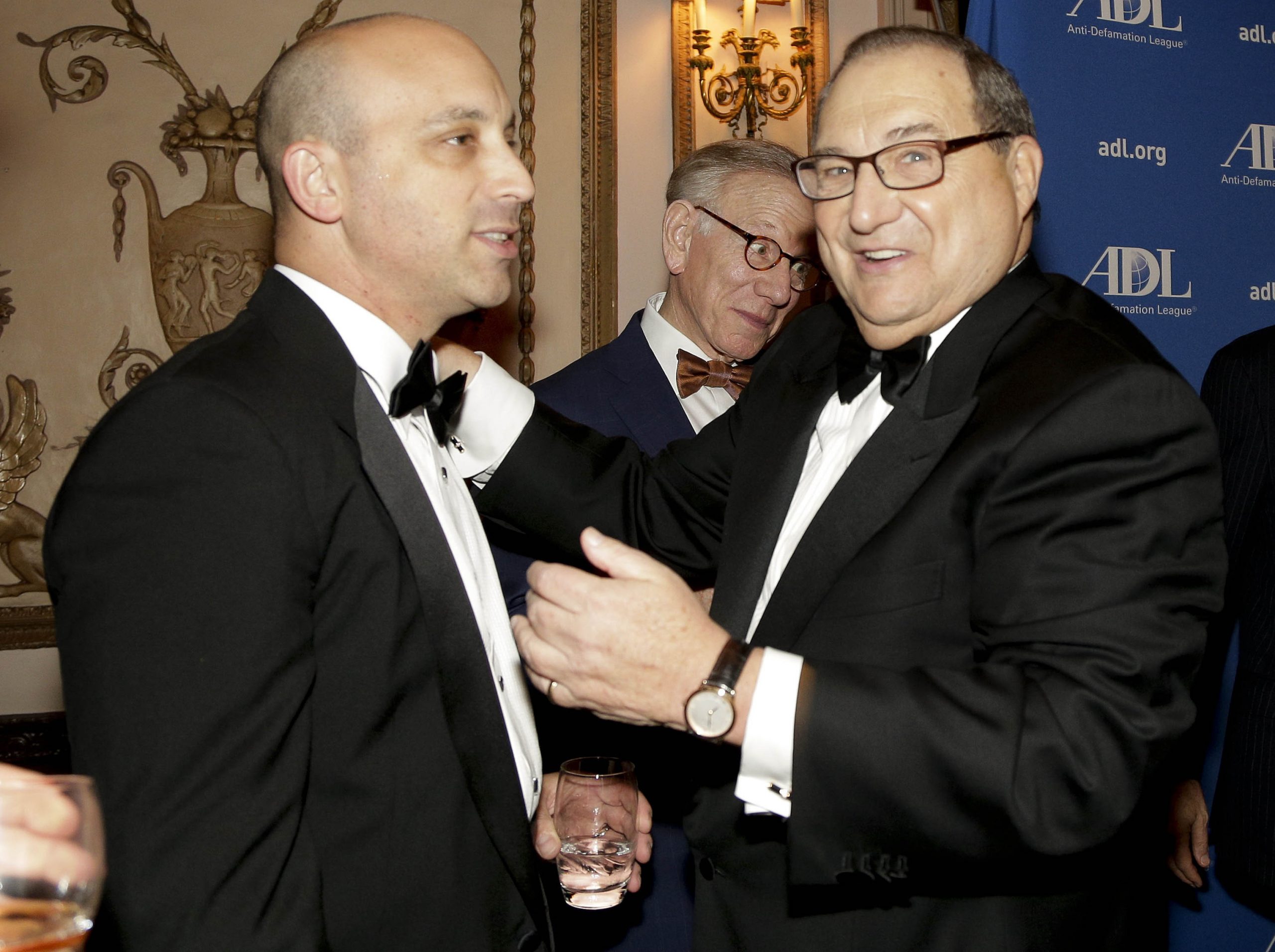 An Anti-Defamation League memo obtained by Jewish Currents exposes an elaborate plot by the Zionist organization to enable Israel’s coming illegal annexation of the West Bank. The main agenda is to snuff the opposition by controlling it.

The ADL’s public position on the annexation is to affirm support for a two-state solution and oppose the take over as an abusive policy invented by Donald Trump and fringe extremists in Israel.

Yet, in the secret document authored by the ADL’s Government Relations, Advocacy, and Community Engagement, there are specific directives to join with other left-liberal presenting Jewish groups (J Street, Bend the Arc, and NY Jewish Agenda) in publicly feigning opposition to the act of racial violence against Palestinians while privately working with “right-wing” AIPAC to ensure that Israel can smoothly achieve its goals in the West Bank without congressional opposition.

Of special concern to the ADL is members of the anti-white coalition of minority groups it oversees, who they fear may be compelled to speak out and push punitive measures against Israel. The ADL is currently working to consolidate its power over the Black Lives Matter movement. Israel’s decision could not have come at a worse time.

A number of scenarios featuring “eight top political and community engagement implications” are anticipated, such as the Tri-Caucus (Congressional Black Caucus, Congressional Hispanic Caucus, and the Congressional Asian Pacific American Caucus) condemning Israel for its ethnic cleansing and apartheid. Of special note for the memo’s authors is fear that the coming invasion will “pit ADL on the wrong side of the Black Lives Matter Movement.”

One particular factor the ADL repeatedly notes is how awkward it is to explain to black and brown people why they support them against white people in America yet support ostensibly “white” Jews in the brutal repression of Palestinians. The West Bank already has racially segregated public facilities and transportation. Arabs must use a different colored license plate than Jews in order to allow the IDF to monitor and profile them. The full take over of the Palestinian territory will inevitably require mass killings as stateless Arabs resist.

As a hedge against this, the ADL lists a group of politicians — largely Democrats and minorities in the GOP — that can be instructed to “proactively anticipate flashpoints.” The goal is to create a hedge on the left against potential outcry from less predictable figures like Ilhan Omar, Alexandria Ocasio-Cortez and Rashida Tlaib.

As an example of how this fake opposition will work, the ADL memo refers to a letter addressed to Benjamin Netanyahu and signed by Representatives Jan Schakowsky and Ted Deutsch tepidly criticizing “unilateral annexation” as an act that will harm Israel’s long-term security interests, while at the same time doubling down on the importance of US-Israel relations.

According to the ADL, letters like this — deliberately intended to be ineffectual and quickly end debate — will be used to collect signatures in order to “discourage the far left from signing something more extreme on the annexation issue.”

The ADL’s cynical ploy is already beginning to impact citizens. Earlier today, some of the last remaining “alt” libertarians, conservatives and nationalists were purged from Youtube.

On Reddit, the Trump supporter section, r_thedonald, and major left-wing outpost for fans of Chapo Trap House, along with thousands of others, were abruptly deleted. This is unique in that it is one of the first times leftists are subjected to tech censorship. The crackdown on the anti-Israel left, which Chapo belongs to, is not surprising in light of the ADL’s leaked plans for a pro-Israel public relations war.

The ADL has also been demanding that the already tightly censored Facebook platform to wring out whatever is left of political dissent, which includes anti-war left-wing and Muslim groups alongside nationalists. Last week, the ADL directed various corporations to completely boycott Facebook until they shut down every last direct and indirect critic of Jews and Zionism. The other tech companies — many run by Jews and eager to submit — have gotten the message.

Black leaders who are not in the thralls of Jewish money are also being silenced. Prominent black community activist Louis Farrakhan, who is an ardent anti-Zionist Muslim, had his appearance on the Fox News channel canceled by ADL CEO Jonathan Greenblatt.

While conservatives have focused most of their criticism against severely weakened and discredited organizations like the Southern Poverty Law Center, its clear that the ADL is the nucleus of political censorship right now. With the Zionist fifth column’s tentacles buried deep in every one of America’s institutions, its unlikely either liberals or conservatives will muster the nerve to say this out loud.

The power Jewish organizations wield, and the lengths they are willing to go through to manipulate, lie and victimize, is a debate all Americans must be willing to have. Our rights to criticize the powerful, whether in America or Israel, depends on it.