Trump's Foreign Visa "Ban" Will Have No Impact on Actual Immigration 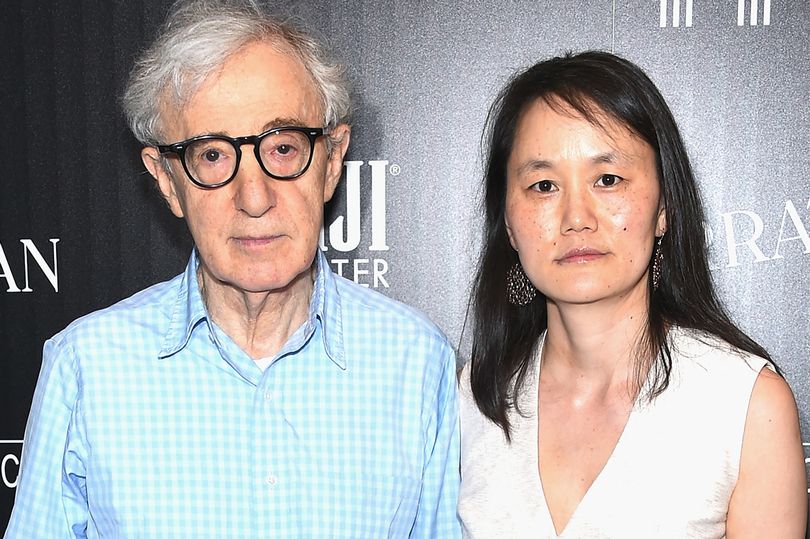 Nolte is Breitbart’s Editor-at-Large, filling the conspicously small shoes and even smaller hat Ben Shapiro left behind after his 2016 exodus.

In Nolte’s mind, the political spectrum is a perfectly straight horizontal line. On the right, you have the “good”: conservatives, people that want low taxes and hate racism, Jews, Donald Trump, and him. On the left, it’s everything he doesn’t care for- and everything he doesn’t like is Naziism.

If you believed Nolte, you would think everyone from Greta Thunberg to CNN and New York Times journos are all in on a secret neo-Hitlerian conspiracy, just waiting for the right moment to pull their masks off and assume control of the white supremacist Fourth Reich power structure they are so intently building.

“We were just joking about hating white people and destroying your entire civilization! We’re really NAZIS!”

Much like an abandoned reservoir traps stagnant water and decaying animal carcasses, Nolte’s “I’m the REAL liberal, I promise I’m not bad!” prostrations still earn him tens of thousands of readers. And in his latest piece, he defends a very conservative target: Jewish director and credibly accused incestuous sexual predator Woody Allen.

“There is more than one way to burn a book. And the world is full of people running about with lit matches.” — Ray Bradbury.

So now it’s come to this — book publishers are becoming their own book burners. Yes, the very institutions that should be pushing back the hardest against these Woketard blacklisters have allowed the cancer of woke through the doors by way of the carriers, those “woke” Hachette employees who staged a walkout to protest … the publishing of a book.

Hachette was all set to release Woody Allen’s memoir next month (I had already pre-ordered it), which means contracts had been signed, advances paid, and whatever other expenses required to get a major book weeks away from  publication had been expensed.

And then Hachette burned the book, canceled it, cut its financial losses to appease fascists who will never be appeased.

Opening with a Bradbury quote really sets the 8th grade “I just read Animal Farm for the first time and now I hate authoritarianism” mood.

And I would have been shocked to find that Nolte, pre-eminent philosemite, hadn’t pre-ordered Allen (real name: Allan Stewart Konigsberg)’s memoir.

Nolte’s midwit trap should be evident: Nazis did the censorship, therefore, anyone that does the censorship is a Nazi, and Nazi bad, Jew good, always.

Not only is this framing completely wrong, it’s insidious: it reinforces the meme of the racist white Nazi man ultimately being the real threat, and the mocha-colored “woketards” are their pawns.

In this specific instance, there was legitimate resistance- from the public and from Hachette’s employees- towards the company for planning to publish the memoirs of a Jewish pervert.

Allen, one of Nolte’s personal heroes, married his own stepdaughter 35 years his junior. He’s credibly accused of molesting another.

(Sidenote: what’s the deal with conservatives across the spectrum coming to the passionate defense of wealthy, powerful, Jewish sexual predators?)

Nolte equates this very legitimate and appropriate resistance to run of the mill censorship: deplatforming, social media censorship, and the like.

Interestingly, while Nolte is very concerned about the right of a Jewish sexual predator to speak his mind, he’s totally unconcerned with the rights of American political dissidents. There hasn’t been a peep out of edgy conservative Nolte about YouTube bannings, Twitter censorship, or financial deplatforming of dissident figures. Presumably, Nolte sees Big Tech’s boot on dissident necks as an internecine Nazi squabble.

Ronan Farrow, Woody Allen’s son, has done a lot of solid #MeToo reporting, and it’s difficult to blame him for standing by his sister, who claims Allen molested her as a child in 1992. So of course Farrow’s  upset a publisher is publishing Allen’s memoir, most especially Farrow’s own publisher. I get that.

But we’re not being the adults in the room. Instead, we’re being un-American cowards. Welcome to the  age of Digital Salem, where the fashionable tyranny of #BelieveAllWomen has brought back a virulent strain of McCarthyism —  and in the specific case of Allen, it has done so to a man who is almost certainly innocent of these terrible 30-year-old allegations. I have tirelessly laid out the facts of this case here, here, and here. But just know that at the time, two different states looked into the allegations and cleared Allen. He was never even charged.

The American, big boy pants, grown up thing to do is demand this company publish the memoir of this Jewish creep, because dammit, it’s what the Founding Fathers would have wanted (unironically, it’s would Hamilton and Washington would have wanted.)

Again, Nolte, a slavish consumer of film product and early-model bugman, is religiously intent on proving the normalcy of a Jewish predator that married his own stepdaughter and is accused of performing oral sex on a child because he made the flashy lights on the screen do funny things I like. He’s proven it tirelessly over the course of years, no less.

This speaks to the uselessness of conservative punditry and media culture: before being run into the ground by Zionists, Breitbart had massive influence and reach. It was, arguably, the most powerful news outlet in America. They had a direct line to influencing the president and most Republican politicians.

In 2015 and 2016, they used this power to amplify stories that led their readers towards racialism, nascent anti-capitalism, and nationalism. Jews left en masse in protest. This made them a disproportionately white, confrontational, unique news site, which made them popular- and dangerous.

And so, it was reigned in. The audience has dissipated, and instead of directing readers to agitate against a President that has presided over the worst censure of dissidents since Ulysses S. Grant, this is what you get: anger fuel directed at publishers that dared censor this innocent, poor Jew!

Good grief, cop killers and other convicted criminals have been allowed to publish books in this country, going back 65 years to Caryl Chessman, the infamous “Redlight Bandit, a degenerate, lifelong criminal who raped and sodomized innocent women.  JoAnne Chesimard aka Assata Shakur, a cop killer, has been a cause célèbre for years. She’s been published in the U.S., as recently as 2005.

Serial killer David Berkowitz has been published; his book’s still available on Amazon.

But who’s being blacklisted?

An 85-year-old legend who has never been accused of a speck of wrongdoing over a 60-year career. A man who was cleared by two police investigations. A  man who was accused of this awful crime during a toxic custody battle with an angry Mia Farrow. A man accused of a crime no one commits only once, but who has no other accusers.

There is no valid reason to silence anyone in this country. Even if you are the Son of Sam, you have a God-given right to let your voice be heard. Of course that’s hard on the victims, and I’m legitimately sorry for them, but once we begin picking and choosing who has free speech rights, that’s the road to fascism.

And I don’t want to hear any of this mealy-mouthed shit about how book publishers like Hatchette have a right to do business with whomever they choose. Talk about a refuge for cowards. Here’s the truth…

If you truly believe that what Hatchette has done is okay, if you really want to cower behind that rationale, you had better cease your hypocrisy of criticizing the notorious Hollywood Blacklist of the 1950s.

So if you defend Hatchette, you are defending the Hollywood Blacklist — that’s how far gone you are.

That’s not the point.

In this country, we have all kinds of legal rights to do all kinds of immoral things: lie, commit adultery, etc.

If you believe in our Constitution, in what makes America uniquely America, in facts over feelings, Woody Allen is an innocent man. What’s happening to him — Washington Post own Jeff Bezos blacklisted Allen and his movies — is every bit as disgraceful as what happened to Dalton Trumbo.

I just hope that when we all come to our senses, when the #MeToo hangover finally hits, it’s not too late to apologize…

Nolte thinks he’s struck gold: he’s owning the communists by comparing this to the boycott of communist-aligned studios in the 1950s! Checkmate, I win! Where’s my pat on the head?

Like conservatism writ large, it’s profoundly stupid: you fit yourself into liberal premises, then wait for the thing you want to fall out of the sky, given to you by your opposition, because you’ve proven that you have been a good boy.

“That’s how far gone you are,” he impotently tweets, expecting something to change thanks to him brilliantly sussing out this logical contradiction.

John Nolte is absolutely a bad actor: he will beg and plead and condemn the censorship of Jewish sexual predators while demanding the media do more to censor pro-white dissident voices.

Unlike Nolte, I’m not content to point out the contradiction, wait for my direct deposit from Breitbart’s Tel Aviv office, and pin comfortably smug pieces about movies: conservatism needs to be thoroughly discredited and destroyed.

The conservative pundit class that Nolte speaks for breathes a sigh of relief when people with your politics are deplatformed. They celebrate when you’re fired or arrested; they use their media power to redirect people who support the principle of free speech into fighting on behalf of depraved Jewish perverts.

Conservatism is entirely useless for people like you and me, people that want better lives for our families in a coherent nation that makes sense.

However, if you’re an incestuous Jewish creep- you will find yourself right at home.