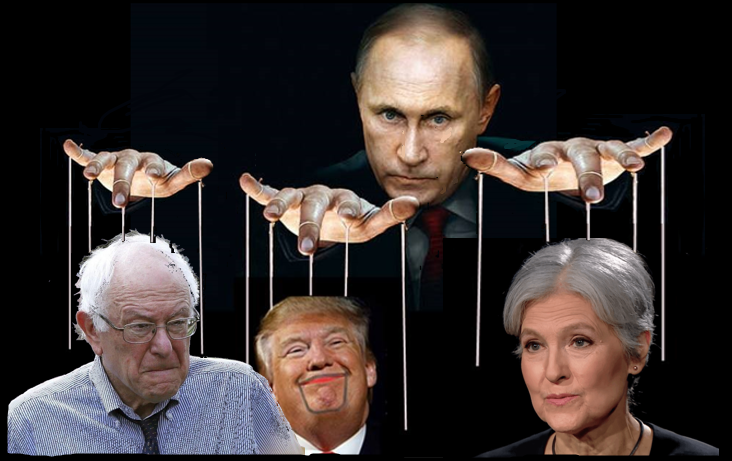 Bernie Sanders is on a roll- after winning the popular vote in every caucus and primary so far, he’s pulling out to a formidable delegate lead, and could be on track to enter the Democratic National Convention with a plurality, if not a majority, of pledged delegates.

As a result, the DNC and “intelligence community” have begun to treat Bernie less like an annoyance and more like a legitimate threat. The myth of Russian social media manipulation, used effectively against Donald Trump, is being dusted off and presented as the reason Sanders is enjoying success.

Sanders, who has agreed and amplified accusations of Russian meddling in the past, finds himself unable to tell the truth: Foreign interference is real, but Russians running Facebook memes isn’t the problem. Because he has accepted the Russian hacking premise, he’s left to twist in the wind, offering a convoluted explanation that Russian meddling is real- it’s a big problem!- but only benefits Trump.

In this clip, Jazz and James explore the charge of pro-Bernie Russian collusion, how conservatives are picking it up and amplifying it to their own detriment, and how this narrative is being seeded now in order to seriously damage Bernie and leftist populism in the future.