Connoisseurs of Our Own Self-Indulgence 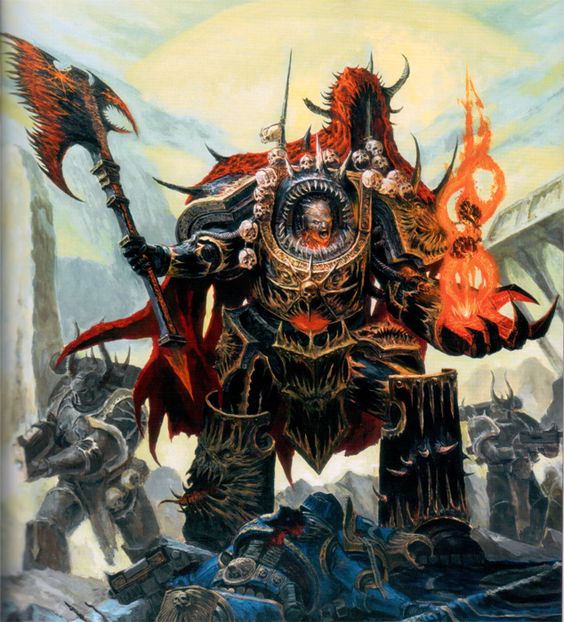 I’m writing this while in the midst of painting a Black Legion Chaos Marine with a plasma gun. I’m using a black, bronze and purple color scheme heavily inspired by the Space Marine video game of 2011, and my attraction to this combination of hues is inextricably linked to the Decepticon Transformers of the 1980s. In other words, I, a grown man of 36 years of age is painting a plastic figure based on aesthetic tastes sculpted by children’s toys and a video game.

How did this come to be? I’m scarcely alone or unique in my status as an adult indulging himself in utterly childish pursuits, but why is this now such a common feature of our civilization?

Part of it is definitely conditioning since early childhood. I was born in the 1980s, which was an orgiastic climax of consumerism finally breaking all barriers of reality and permeating even children’s entertainment. We watched TV shows about G.I. Joes and Transformers with “commercial breaks” containing the same products featured in the episode. I really do think Skywarp and Megatron probably had a huge influence over my conviction that “Decepticon purple” is the best shade of violet. Previous generations were not assaulted with branded toys and their advertising to such an extreme degree that the government had to get involved, but there were also broader cultural factors at play.

I never really got the impression from my Boomer parents that I was supposed to grow up, stop collecting toys, or act in a fashion that wasn’t ultimately geared towards self-gratification. Maybe I got the vaguest impression of greater societal expectation from my grandma, but like so many Millenials I was uprooted and moved hundreds of miles away from my extended family. My father’s limitless capacity for achievement was only exceeded by his fixation on a constant stream of new hobbies and pursuits, hardly making him the sort of person who would criticize some of my own more ridiculous forays into the purchase of sports cars instead of making sound investments. The relentless drumbeat of American society was that self-gratification was completely justifiable, and in fact, one couldn’t begin to fathom an existence marked by anything else.

With the advent of increasing automation and labor-saving devices along with the “gig economy” one’s vocation no longer provides the slightest iota of meaning. Jobs are now just the drudgery of senseless work and serve only to accentuate the pleasure of “alone time” spent in front of the tantalizing glow of an LCD monitor beaming concentrated nostalgia into so many watery eyeballs set into the vacant skulls of my generation. We are nothing more than a society of hobbyists now, we don’t have “real” pursuits; we’re guided by a longing for childhoods defined by movies and toys with no one in the room to tell us to grow the fuck up.

The worst consequence of this is that hobbyism and self-indulgence frames most of our interactions with politics. We do “political action” performatively, as a past-time, as a means of selling our particular “brand”. The combination of unconsciously accepting the futility of democratic activism intersects with social media to transform it into just another meaningless triviality to while away the hours. As much as I’m tempted to continue elaborating on this phenomena, other pursuits beckon.

The hour grows late and I have Heretic Astartes to paint.