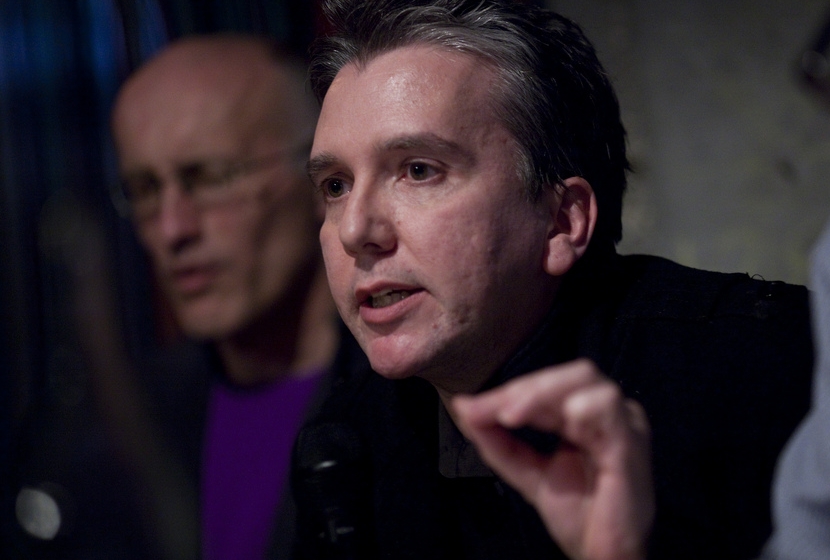 I recently finished Mark Fisher’s “Capitalism Realism” which does an excellent job fully elucidating principles about post-modern capitalism already sketched out by a variety of other writers like Baudrillard. There’s two basic, unspoken premises that the majority of civilization has taken to be true with catastrophic effects:

1. The Pleasure Principle is the default assumption for orienting your life.
2. All meta-narratives and ideologies are ultimately fake, gay, and totally cringe bro.

If this seems vaguely familiar, it’s because Young Hegelian and arch-troll Max Stirner hypothesized about these themes at length in The Ego and Its Own, which basically argues that at the end of the day everything you value originates from your own personal self and genuine selflessness is impossible for that reason. He proposes a “Union of Egoists” consisting of a loose fraternity of “self-mastered” radical individuals pursuing their own self-interest as a curiously preferential arrangement for someone that died in poverty.

Fast forward 175 years and this basically became the internal logic of our capitalist realism and it’s easier to imagine the apocalypse than an alternative model of human civilization. This despite the grim discovery that the real life consequences of a “Union of Egoists” involve a crushing paranoia and anxiety about being stabbed in the back by that loose association of self-centered assholes that had absolutely no reason to “master their own desires” particularly with capitalism constantly trying to stimulate said appetites. To be fair, Nietzsche did try to warn us.

Capitalism Realism and the lurid hyper-reality it seduces us with have essentially programmed a counter-intuitive state of affairs where there is no need to propagandize or “sell” what is essentially an ideological system with specific grundnorms necessary for its continuance. Instead it simply pretends to be the default state of modern life and you literally cannot imagine an alternative because your tastes and unconscious have been intentionally sculpted to service the needs of this colossal parasitic Hydra. Capitalism will sell you the Ipad to blog about anti-capitalism and you can enjoy a Big Mac at McDonald’s while you post it via the free Wifi connection, secure in the knowledge that you are wise to the system and don’t believe in it.

Let me ask you this, if you don’t believe in something but every single revealed preference and conscious action proves that you assume it be very, very real, then how can you pretend to be engaged in anything except one massive existential performative contradiction? Money might be colored paper with no intrinsic value but you act like it’s every bit as real as gravity, whether you are a Communist or a gold hoarding Libertarian.

This is basically the Irony Trap, everyone is comforted by the knowledge that naming the Devil somehow gives them license to sin.

The bigger problem is that when everyone implicitly accepts the rules of the game, the house will always win. You cannot market an ideology to a civilization of cynics convinced that all ideologies are false. The very act of “marketing” presupposes that you are selling a good and must subject yourself to advertising it and appealing to everyone’s taste for pleasure and psychological comfort. It’s all well and good to observe that pursuing pleasure and avoiding distress actually ensures you’re far more miserable than someone who embraces the suck and isn’t vainly flitting from one temporary amusement to the next, but if the general population won’t internalize the consequences of acknowledging this then it’s less than useless.

What I propose is the cultivation of a taste for Reality with a capital R.

This is the one human craving that capitalism cannot meet, even though it might be an accessory in setting the stage for it in some circumstances. We don’t merely want to minimize suffering and maximize pleasure, we want meaning. I wasn’t an EMT because of vainglorious thrillseeking, it was because nothing is more Real than life and death emergencies. Futile CPR on someone’s dead wife followed by telling the husband the love of their life is dead is precisely the sort of slap in the face some of us need to be confronted with the fabric of existence on this planet.

I define the Real as being the state of experience you cannot fully describe or encapsulate and which embodies you fully within the moment, instead of observing from somewhere else in a detached state of irony. Any psychological defense mechanisms you employ will seem obvious to you if not to everyone else nearby and you won’t be successful in defending the totality of your Self from the actual events happening. This doesn’t have to be an exclusively pleasurable or painful experience, and yes, we are definitely problematizing the concept of “trauma” with this scheme. If a traumatic event creates the Real state of experience you might actually find this to useful in the pursuit of orienting your sense of meaning. Real experiences stick in your memory, require post-event processing, and can’t be ignored. The Real itself does transcend meta-narratives and attempts to describe it under the limited framework of human language, which, in my view, immunizes it from being co-opted and chopped up by capitalism. By trying to gesture at this unnameable Deep Reality that we all intuitively know to be lurking behind the empty theatrics of mass-produced hyper-media, I hope to awaken a taste, an appreciation, a heightened understanding of something that will give your life meaning beyond the hauntology of the latest Hollywood remake.

This is a topic I plan to dig deeper on in the future but for now I just want to plant a seed outside the plantation of capitalist realism.