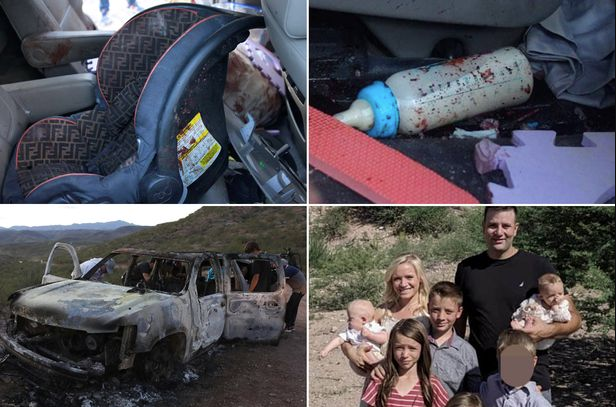 On Monday, November 4th nine Mormons were killed by a drug cartel in a display of violence so shocking that even Cormac McCarthy would hesitate to describe the murder scene. The graphic horror of innocent Christians butchered by murderous gangsters while travelling in Mexico presented an immediate public relations problem for an entrenched propaganda network allergic to covering anything remotely negative about Hispanics. What happened by the following Tuesday afternoon was a sickening display of smears and callous victim-blaming that should really hammer home exactly where whites sit in the eyes of the fourth estate.

With survivors still bleeding in hospitals, the New York Times tweeted out “The brutal killing of 9 members of an American family in northern Mexico on Monday highlights the long history of religious fundamentalist settlers in the region” and linked to a “news article” that proceeded to spill a gratuitous amount of ink on allegations that the slain LeBaron family belonged to a polygamous offshoot of the LDS church with a violent history.

A day later the muckraking had intensified to next level media-spin with NBC news describing the “sordid history” of their church while The Sun outright tried to directly link them to a sex cult. By the evening their deaths were being used to attack the Trump administration’s decision to sequester migrants at the border instead of letting them into the US (yes really, dead white Mormons means we have to take in more Hispanics) and to bolster cries for more gun control within OUR country.

If a family is brutally murdered and the first impulse of “journalists” is to go digging up dirt on the victims you really have to ask yourself how these aren’t literally Enemies of the People in every sense of the term. The urge to smear the LeBarons was apparently so intense the news media actually ended up confounding its own party line by casting aspersions at a group of people for immigrating to another country in order to practice their religion. Also, if a conman convinces gullible members of your religious community to send a few of their daughters to a free educational program and then they come screaming home after realizing the operation is a scam being run by a creepy pedophile, you are somehow complicit and “connected” to said sex cult. It should be noted that the selfsame lying, muck-raking press definitely avoided drawing any attention to the fact that the NXIVM multi-level marketing scam/sex cult had more than a couple guilty Jews involved in it, including the daughter of a former World Jewish Congress president.

If your community is unsuccessfully targeted by Jewish sex traffickers and then your family is butchered by bloodthirsty Mexican gangsters, YOU get smeared as a “member of a depraved sex cult with a violent history”.

That is an absolutely staggering level of propaganda, it’s directed intentionally at white Christians in order to snuff out any sympathy for them that might galvanize political efforts to secure American borders, and the articles are often written by non-whites working for Jewish owned publications, the same exact entities that covered up the Jeffrey Epstein case. The Soviet Union might have had Pravda, but the American version is apparently a much more encompassing and successful enterprise.

If there’s one lesson to be learned here, it’s that all news media functions as a multi-headed hydra constantly biting a captive white American population from every conceivable direction.

(This story was also covered on TDS Episode 515)

Connoisseurs of Our Own Self-Indulgence