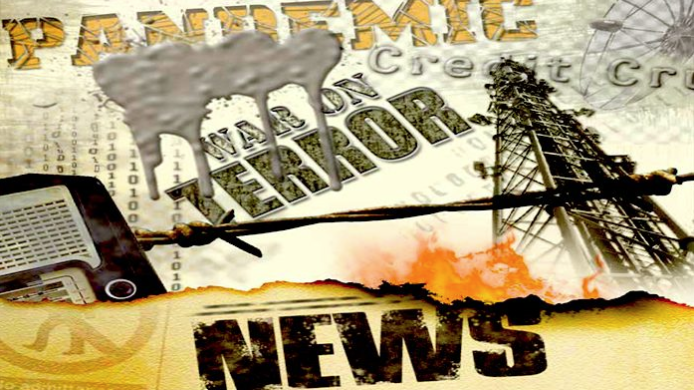 Imagine if the news media were running a targeted propaganda campaign denigrating a particular ethnic group and accusing it of containing a disproportionate number of young male terrorists. What if there was ongoing political pressure to grant law enforcement and government agencies broad and invasive surveillance powers to counter this “threat”? I’m talking about the post 9/11 terrorism hysteria responsible for the Patriot ACT, right?

Sadly no, this phenomena of exaggerating an existential threat for calculated political purposes is called “securitization” and it worked so well in the early 2000s that we just got a brand new sequel with updated CGI in 2019. As saner heads and professional wet-blankets pointed out during the first blockbuster performance after the Twin Towers fell, death by terrorism is completely insignificant compared to virtually every other mundane proximate cause of human mortality. We still ended up with the USA PATRIOT Act followed by a decade of the FBI entrapping Muslims with manufactured “terrorist plots”. Worse, the famous legal precedent for broad protections of political speech established by the Bradenburg v. Ohio case was actually breached under the terms of this new hysteria. In 2010, with a sitting black Democrat president and a black attorney general, the Supreme Court ruled against the Humanitarian Law Project which was attempting to provide conflict resolution training for groups designated as “terrorists”. How the United States designates a group as “terrorist” has about as much transparency as the internal process used to ban users from social media groups like Facebook, YouTube, or Twitter, but in either case, trying to teach the bad ol’ “terrorists” to talk about their feelings instead of leaving car-bombs for each other is considered illegal by the US government.

Get excited for next existential threat!

Let that sink in, the US made it illegal for some non-profit humanitarian organization to teach peaceful conflict resolution to dissident groups. (Unsurprisingly this precedent was used to target a group called “The Popular Front For the Liberation of Palestine”, make of that what you will)

Even more peculiar is that individuals ostensibly self-identified as “left-wing” are willfully participating in this new hysterical pearl-clutching over the dangers of “fascism” and “white supremacy” which would suggest clinical levels of myopia given the oh-so-recent experiences with the United States using a manufactured crisis to deprive Muslims of their civil rights. It’s so bad that you’ll actually see “AntiFA” supporting the use of the Anti-Riot Act against their political enemies, despite a long and storied history of that particular legislation being wielded as a powerful cudgel against left-wing demonstrations.

A cynical person would conclude that the establishment is chuckling to itself while it manipulates bad actors into supporting the machinery of its own unquestioned dominance.

At the risk of waxing unnecessarily philosophical, I would argue that “fascism” itself has been reduced to a Pavlovian cue designed to elicit an appropriate response from generations of people completely subsumed by mass media entertainment. Film, television, and social media have fundamentally transformed how human beings engage with the world, and on an implicit level AntiFA has bought into the fantasy of being noble heroes against the Bad Guys.

As Baudrillard points out, we have become comfortable using the evocation of “fascism” precisely because the concept itself has been divorced of its historical and material meaning. “Fascism”, in the modern conceptualization, just means Darth Vader Force-choking a subordinate. On an unconscious level, fascism is designated by the existence of white males (preferrably using intimidating symbols/uniforms) refusing to submit to the neo-liberal HR department’s demands. It doesn’t matter if the party in question has no actual political power, is numerically insignificant, and is quite likely just manifesting real personal frustrations in a misplaced fashion. Suddenly the benefit of the doubt extended to Black Lives Matter is rejected out of hand, because the beckoning impulse to play Jedi against The Empire is just too strong, even if the “Empire” is just two measly Stormtroopers telling a racist joke.

In fact, the entire charade of “anti-fascism”/”anti-racism” is itself just performative theater for extremely bored narcissists desperate for a sense of affirmation in a world without meaning.

Definitely a whiter organization than the Proudboys.

There is a lack of real ideological consistency or commitment undercutting the entire anti-fascist position, leading to bizarre contradictions like the spectacle of white males assaulting a gay Asian journalist. When you see AntiFA using the omnipotent power of capitalist employers to fire at a whim (doxing), supporting historically anti-left legislation (Anti-Riot Act), while constantly policing non-whites, queers, transgenders and women for not rigidly adhering to the party line, one is forced to acknowledge that this is all just an excuse for one group of white males to dress up in costumes and pound on another group of white males as is our tradition for time immemorial.

If one were intellectually serious about “combating racism/fascism”, the best strategy would be communication, conflict resolution, and “deradicalization”, yet given the option, the AntiFA tactic is to break out the pepper spray, baseball bats and put on a costume. Even the violent Weather Underground at least had an ideology beyond attacking people for wearing the wrong color hat, yet AntiFA’s political analysis doesn’t go any further than a hysterical insistence that their “enemies” really are Nazis regardless of their ethnicity or actual beliefs. It’s more important to have villains than to be right. Ever see “Inglorious Basterds“? This is the width and breadth of their entire political education.

How every AntiFA imagines himself.

The objective is to provide moral cover for denying human considerations to a class of people and provide a justification for random violence against them on the street level, and a deprivation of their rights on an institutional scale, because this is really more about the violent needs of the individual AntiFA than a broader political goal. In that regard, I think the animus behind this is just white male frustration channeled through a superficial leftist prism that codes all right-wing ideology as “Nazism” and tacitly blesses violence against anyone advocating it. This will functionally operate to keep domestic conflict elevated enough to give the political establishment sufficient reason to “crack down” on “white male right-wing terrorism” much as they did with Muslims post 9/11.

A nation “securitizing” itself against the very ones responsible for creating and sustaining it is unprecedented, but these are strange times and even America has an auto-immune disorder.