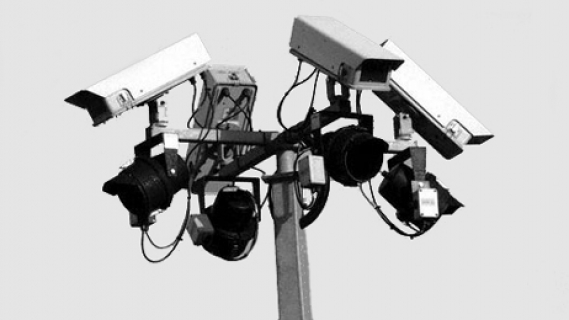 One vitally important but curiously under-promoted idea is that civilization in the last two hundred years has undergone a transformation in the structure of authority that follows three primary phases. Those of us in the Current Year, in the End of History are witnessing the rise of the third phase which produces certain bewildering contradictions best explained by understanding the tension between this new model and the previous state of affairs.

The Society of Punishment
To Michel Foucault, states were formerly governed by a visible power figure who was invested in an explicit contract with the people to provide for their safety and security in exchange for their loyalty. Breaking the law was essentially an attack on the sovereign himself and a challenge to his authority, one that he would respond to personally with terrible displays of power visited upon the body of the criminal. This process was a highly visible public spectacle with particularly high stakes: If the criminal was over-punished, the crowd might turn on the agents of the sovereign or even stage a revolt. If the criminal was insufficiently punished, the public would take matters into their own hands and form a lynch-mob. In both cases a failure to properly calibrate the intensity of justice could result in a threat to political stability itself.

Initial reforms to the spectacular public torture and execution of criminals focused on removing the dangerous and somewhat unpredictable nature of the crowd by hiding the process as much as possible, a theme we will return to in the next phase.

The Society of Discipline
The first transformation in the distribution of justice focused on moving the process into bureaucratic institutions and changing the way it viewed criminals. Instead of publicly torturing or executing the condemned, they were shuffled quietly out of sight into the prison system, which up to this point had barely been used. Prisons effectively served two purposes: The fate of the criminal was both concealed and left up to the imagination of the citizenry providing a powerful disincentive for breaking the rules, and the criminal himself was confined to a specific place where he could be studied and modified. The previous model, which saw criminals as agents who had committed evil and must be rightfully punished was upended by a new perspective which viewed them as “delinquents” who needed to be “corrected”. No longer was the body of the criminal to be a billboard displaying the terrifying power of the sovereign, instead it was a means to an end, an onramp to get at the soul of the convict and retrain it.

The systems that rapidly evolved borrowed from military discipline and certain Christian institutions with the end goal of transforming the “delinquent” into a “docile body” capable of servicing the needs of the growing capitalist economy, namely, being an obedient worker and instinctively respecting private property norms. Over the next hundred years the techniques of circumscribing an individual’s behavior and the world-view evolving in this system of discipline gradually became the norm for corporate control of every nanosecond of a worker’s time on the clock.

In the end, this system was significantly more resilient than the previous model because the public would both remain more disengaged from the spectacle of punishment itself and was less likely to take out their frustrations on the political leadership should a dispute arise, particularly since they were now more personally invested in the process of determining guilt or innocence. Power had now gone underground; it was disappeared into the tangle of bureaucratic red tape and the Somebody Else’s Problem Field of institutional mazes. A bad jury verdict was never perceived as a condemnation of the entire system itself. However, the Society of Discipline was still confined within the spatial zones demarcated by its police, prisons and corporate property. The individual himself, despite the increasing weight of the surveillance state, could largely escape it by going home at the end of the day to his “private life”.

The Society of Control
Currently we see a new system evolving, one that has finally realized the Panopticon originally dreamed up during the early days of the Society of Discipline. A systematized network of information gradually arose in which the individual became intelligible to classification and examination. Previously this was vital to treating criminals as malleable “delinquents” to be shaped and recalibrated, but now a new totality was spawned in which man himself would willingly share his inner thoughts for appraisal and judgment. The Society of Discipline had always wanted to get at the inner soul of the convict, and now the entire mass of humanity was voluntarily sharing it via social media.

The rise of the internet and the multinational corporation meant that power could now fully disappear into vast, interlocking networks of continuous control completely immune to localized resistance. A new virtual hyper-reality, a fractal Panopticon in which some entity either public or private is always observing and reporting on individual behavior at all times gradually asserted itself. Formerly one could only sequester juries to hand down judgment inside courthouses, now one could crowd-source a public tribunal 24/7 on Facebook and Twitter. By securing the participation of everyone in a new virtual world, punishment and correction can now be delivered immediately without requiring an arrest, trial and prison sentence. There is no escape; being able to work from home also means you never clock out and there is no desk to empty when you’re fired.

Corporations like Google have effectively side-stepped the previous model and rendered it superfluous. If you ever wondered why the justice system seems increasingly dysfunctional and confused, it is precisely because it is in fact obsolete. The old “Department of Corrections” simply doesn’t matter when you can deplatform someone from employment, social media and financial services. Just as the prison was a mysterious black box where anything could happen without knowledge of the general public, the rules these corporations use to weigh the sins of humanity are inscrutable and known only to their agents. There is no “private life”, now the worker’s identity is subsumed into the corporation and he is nothing but a transparent meat-bot with logos stamped on it. His desires can be manufactured, his impulses channeled, his every private thought cataloged, his behavior predicted with a totality no Society of Discipline could ever have achieved.

Ultimately I don’t feel optimistic about this situation, because unlike previous systems, it has effectively colonized human consciousness on such a deep level and secured the tacit approval of so many that dislodging it is nearly impossible. What good is regulating Google if you don’t simultaneously regulate Facebook, Amazon, Apple and a dozen other horizontal power structures? Where even is the political will to do this? All governments are decrepit and impotent against the mutant strains of a reality warping neo-capitalism that brainwashes the people more effectively than the wildest dreams of any police state. Even the modern equivalent of leftwing radicals all agree that these new power structures should go unchallenged and silently consent to their authority.

We have to confront how this Society of Control secures our unspoken approval and emancipate ourselves from the coils of its serpentine grip before it erases the last vestiges of human autonomy.