The Real Injustice Addressed by Reparations 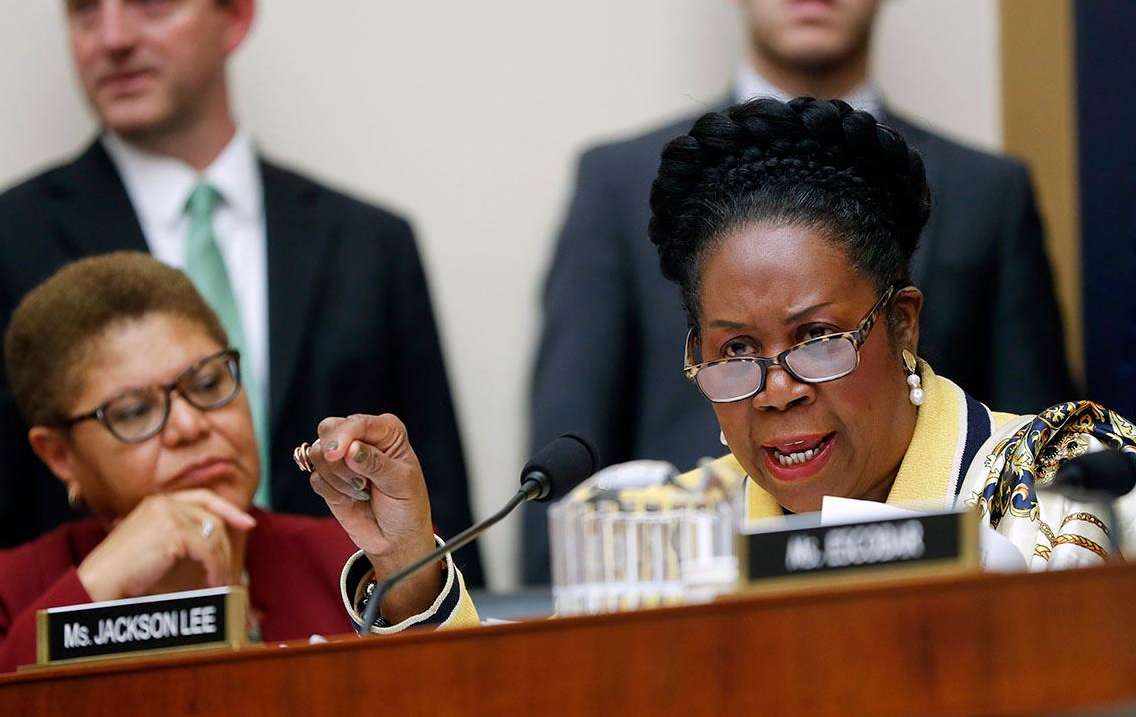 America is a country of great racial injustice. There is a group that is targeted for discrimination at the highest level of the U.S. government. This group is also subjected to widespread, unfounded theories of racial inferiority and inherent wickedness. Statistics are fabricated to make them appear dangerous. Their history is rewritten to frame them as an unambiguous evil. This group is told it is not fit for polite society, and should be removed from all positions of authority. 50 years after Jim Crow and 150 years after the abolition of slavery, America still institutes a hierarchical racial system, with this race at the bottom.

That group is Whites, the only racial group against which discrimination is not only condoned, but required by law. Affirmative action, minority business loans, the “White privilege” conspiracy theory, the anti-White media, etc.—it is all designed to attack and disenfranchise Whites.

Yet, this week, Congress held a hearing to consider racial reparations, not for the malicious harm inflicted upon Whites, but for one of the groups the elite uses to bludgeon us. I’m talking, of course, about the House hearing on reparations for Black Americans. More specifically, the House Judiciary Committee held a hearing about H.R. 40, a proposal from Rep. Sheila Jackson Lee that would authorize a national apology and study reparations for racial discrimination against Black Americans.

In this hearing, the past, the one where Whites were in control of the country they built, was spoken of as a great evil. Words such as “ugly,” “cancer,” and “sin” were used to describe the historical American nation. Any time before mass discrimination against Whites was an era of injustice. Even the punitive measures that exist now were criticized for not going far enough. They wanted White blood, and they weren’t afraid to say it.

Casual observers most likely think this hearing was about reparations for slavery. Because no one alive in America has owned African slaves or been an African slave, these people reason, there is no justification for reparations. A closer look reveals that slavery is just one component of the argument being made against Whites. The testimony of Ta-Nehisi Coates lists anti-White grievances dating all the way up to the present as justification for reparations. These are the same people who foment riots every time a Black criminal is killed by a police officer. This isn’t about slavery; it is about timeless racial conflict and grievances.

During this anti-White onslaught, not a single person was there to defend Whites against the outlandish accusations against them. Though many pushed back on the idea of reparations, no one disputed the accusation of the evilness of Whites. The furthest Republicans, ostensibly the representatives of Whites in government, were willing to go was to shift the blame from White Republicans to White Democrats. Democrats were the party of slavery and the KKK, they argued. They did not seek to defend their people from this horrid libel, but only their party.

Though this policy is sold as a way to help Blacks, this simply is not true. This is fundamentally about punishing Whites. Just like affirmative action, the goal is not to give something to Blacks, but to take something away from Whites. The (((people))) pushing this debate don’t care about Blacks getting ahead—anyone with an ounce of sense knows that no matter how much opportunity they are given, Blacks will never transcend their genetic limitations. What they want to do is push Whites out of positions of power and break down and destroy White civilization. This is why Jews outnumber Whites at elite universities, despite Whites making up the vast majority of qualified high school students.

And it’s no coincidence that when reparations for Blacks are discussed, everyone else jumps in to get a piece of the action too. Hispanics start asking why they shouldn’t be given reparations for colonization. The fact is, every race on Earth has a grievance against Whites, due to the fact that Whites have colonized the globe, and have had a massively disproportionate influence everywhere they have gone. With modern historical revisionism, these people have been told that White success was on the back of their oppression, despite the fact that Whites have made their lives immeasurably better, especially in the modern day, when Whites have agreed to give up status in the societies they built.

Despite the rhetoric of moral redemption and Black empowerment, reparations are not about correcting a historical injustice, but furthering a modern one.