The Notre Dame Cathedral Fire Was No Accident 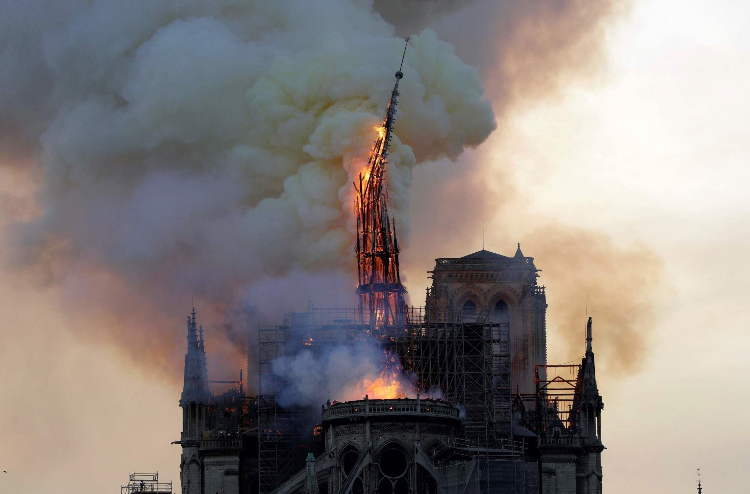 Everyone’s thinking it. Is it more likely that a cathedral which has been maintained for over 800 years simply burst into flames, or that someone lit the fire?

People have reason to be suspicious. The French government’s attempt to rule out arson as the Notre Dame cathedral was still burning didn’t help matters.

Why are they suspicious? The French government has imported millions of people who have a hatred for French people and culture, and who want to see French icons and monuments burnt to the ground. Take a look at these two “Frenchmen” reacting to the fire:

This is how anti-White Twitter feels about the tragedy:

France is full of these people. Each one is prepared to cheer an act of terrorism against France. All it takes is for one of them to actually do it. Despite the misinformation from the French government, this is almost certainly what happened.

Churches have increasingly been the target of vandalism in France in recent years. In March, the church of Saint-Sulpice was set on fire, and eleven other churches were vandalized, including the church of Notre-Dame des Enfants, where the vandals drew a cross with feces. In 2018, two churches were vandalized every day in France according to an analysis from Liberte Politique.

In fact, Notre Dame itself was the target of a foiled terrorist plot in 2016.

In this context, it’s even more far-fetched that the most famous and important church in all of France simply burst into flames. The French government wants to blame it on the ongoing renovations, but by all accounts, there was no work being done in the cathedral at the time of the fire.

France is projected to become a majority Muslim country this century. It’s no coincidence that as their numbers increase, the icons of the old France—the real France—are disappearing. If these projections are allowed to come to fruition, there will be no churches left standing in France at all. There will be nothing of France left at all.

Though the French government and the mainstream media refuse to address it, the problem here is obvious: when a large portion of your population wants to see churches burnt to the ground, churches start burning to the ground.