Anatomy of a Smear 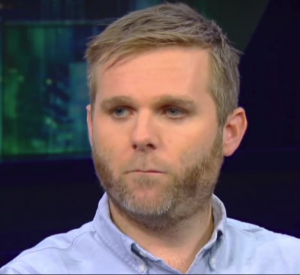 I’m going to talk about an ugly subject today. That subject is Christopher Mathias, a “journalist” working for HuffPost, a strongly left leaning online publication based out of New York City. The Huffington Post as it was originally called was a corporate entity created by Andrew Breitbart and Arianna Huffington. An entire expose could be dedicated to Arianna Huffington’s adventures in plagiarism, protecting plagiarists, and ultimately losing her entire newsroom, and fortunately for us William D Cohan’s excellent series “The Arianna Chronicles” does precisely that. Essentially the long and short of it is that Huffpo is today a grossly underperforming, overpriced clickbait site in extremely dire financial straights. Verizon recently admitted defeat on attempts to revitalize this sagging platform and shuttered entire departments, like its opinion section.

In his capacity as a “reporter” for the troubled online publication, Christopher Mathias operates on a now rapidly failing activist model based on sensationalist hit pieces “exposing” far right figures. His focus is almost exclusively dedicated to articles obsessing about Republican congressman Steve King or relying on his hand-in-glove relationship with AntiFA sources to target police officers. It is no exaggeration to claim that Christopher calls virtually every individual he writes about a “white supremacist”.

In July 2018 I learned that Christopher Mathias was collecting information for doing a story on me. It was around this time I was in frequent, heated online arguments with Anthony Figueroa, a self-described AntiFA calling himself “TheBronxBlogger”. Figueroa is known for his colorful antics and achieved some brief notoriety in 2016 for referring to African Americans as “coons” in a Twitter spat. Twitter itself is home to numerous self-identified AntiFA, many of which are followed by Christopher Mathias himself. Mathias makes no effort to conceal his online connections to AntiFA accounts and neither does Andy Campbell, a fellow “senior reporter”.

The leadership at the EMS agency I was working for informed me that Mathias had contacted them and I chose to preempt his “story” by doing a little coverage of my own on his sudden interest in a part-time EMT pulling one day a week on an ambulance in rural Virginia. Mathias was not at all pleased that his requests for information regarding my employment had been made public, and would later complain about this in an email I obtained via a FOIA request.

It’s important to pay close attention to a time line of events that would unfold starting in November of 2018.

According to documents obtained in a FOIA request, beginning on November 26th, an anonymous complaint was filed with the Virginia Department of Health. This was still a full two weeks before Christopher Mathias would publish his article. The text of the badly written “complaint” amounts to threatening to “go viral” unless the government regulatory body takes some kind of immediate action against me because of “far rightwing views.”

“Alexanders far rightwing views on his social media platforms (Facebook, Twitter, racially open groups, hate groups) should render him unable to do this job as an EMT, even in VA. Has no one being paying attention? He wrote a book, for crying out loud. You need to investigate him and do so fast before he injures any of his patients he seems as other. A simple look over his social media stance should suffice. This isnt the only way I am reaching out, just the beginning, I want to see what this government agency does before I go viral.”

On November 30th of 2018 Christopher Mathias sent an email to the Virginia Department of Health where he mentioned me posting a copy of his message to my EMS captain to social media. I’m as confused as anyone as to why he would even feel it necessary to mention this to a state regulatory body while purportedly seeking comment on a “story” he was working on, but as we can see in the rest of the email he is apparently more interested in sharing his personal opinions rather than gathering facts.

Mathias refers to me as a “white supremacist” in the email and flat out tells the Virginia Department of Health that “this level of bigotry should raise serious concerns”. This doesn’t sound like a journalist trying to get a story, it sounds like a political activist trying to get a state agency to do his bidding with incredibly prejudicial statements.

On December 7th I posted an article detailing Mathias’s tactics and referencing other similar accounts of his poor journalistic practices, particularly a story involving the Michael Weaver family. I exposed his current interest in smearing me along the same lines.

On December 8th Mathias posted his hit piece complete with a clickbait headline calling me a “white supremacist podcaster”. This was amplified all the way to CNN and became international news. As a result of this, more anonymous reports were filed, one of which directly named CNN as a source. As with the initial complaint, the expressed concerns were based entirely on allegations surrounding my political views and referenced the content in articles circulated by the news media itself, including false allegations that a Doctor Narcan sketch referred to abusing or denigrating actual patients. “Doctor Narcan” of course is a dark comedy routine created by a cast of anonymous writers. I can’t even take credit for the now infamous “Shaved Harambe” line; a more inspired mind than my own coined the phrase.

On December 13th Mathias posted his usual gloat-piece about me being “suspended”, still using the “white supremacist” appellation when describing me.

During this time I was put on administrative leave until the results of the state investigation were completed. AntiFA on Twitter openly celebrated this, death-threats were made against me and my family, and Laura Bassett, at that time still employed by Huffpo Tweeted “Mathias gettin’ scalps” in reference to his sensationalist smear piece against my character. She hastily deleted the tweet after right-wing Twitter users began commenting on it.

Laura would be laid off by Huffpo a month later.

To sum up the events so far, I was investigated and put on leave due to complaints surrounding my “far right wing views” and online snitching by people with poor reading comprehension skills. Making false statements that deprive someone of income is a subject many people belonging to the legal profession would find very interesting. Imagine how this situation would have been treated if I was an African American belonging to BLM who was falsely accused of torturing white patients. There was also a rather infamous and ongoing fiasco involving a rather unhinged local politician and a dramatic evening in a Patrick County courtroom.

Finally on February 27th of 2019 I learned that I had been cleared of any wrong-doing after an extremely thorough investigation involving interviews with virtually everyone I had ever worked with or had contact with in Patrick County. A comparative analysis of my Patient Care Reports in regards to how I treated black and white patients with same chief complaint proved that my assertion of being an unbiased professional was indeed 100 % correct. There was ZERO proof that I discriminated against or mistreated black patients.

Christopher Mathias hammered out a short, half-hearted piece about me being cleared and incorrectly cited me as having made a statement about my innocence on Gab. I submitted a correction to his blog-post masquerading as “journalism” and he edited it to reflect that I was in fact on Minds, a completely different platform. CNN contacted me for an interview, I suggested that they would be better off pursuing online classes on C++ certifications and then I promptly submitted a FOIA request to the Virginia Department of Health so I could examine the state investigation. Mathias quietly unpinned his first article about me from his Twitter after leaving it at the top of his page for three months and moved on to covering a CPAC event.

My usual response to Enemies of the People.

There are several interesting bullet points to note:

The timing of the first anonymous report is suspiciously close to Mathias’s email to the VDH and remarkably similar in tone. The rest of the mostly anonymous reports appear to have been generated after the news was broken into the mainstream. I’m not alleging a conspiracy, but this is certainly an odd coincidence when few people beyond Mathias would’ve known about pursuing complaints to the VDH as an avenue to use against me.

Mathias’s entire interaction with state authorities does not look anything like professional journalism. He’s quite clearly making prejudicial statements to a government regulatory body investigating an EMT and implying his disapproval carries some kind of weight. The ethics here are quite obviously broken.

Mathias’s pattern of “news reporting” conforms to a pattern in which he targets individuals with coordination from AntiFA and pressures their employers into terminating or suspending them. He then receives praise for doing this from others, including coworkers at HuffPo.

Given Verizon’s already troubled road with its online media acquisitions, it may be time to inform them about how their digital “reporting” properties are behaving. Verizon should absolutely be made aware that HuffPo is engaged in unethical journalistic practices that target law enforcement and EMTs. Conversely, public servants should know they may be doing business with a corporation which owns a publication hostile to their continued employment.

There are people in America who will file libelous reports against their fellow citizens based on personal politics. This is a very bad precedent to set; any healthcare provider could be victimized by an anonymous complaint with false allegations, including left-wing nurses, EMTs and doctors.