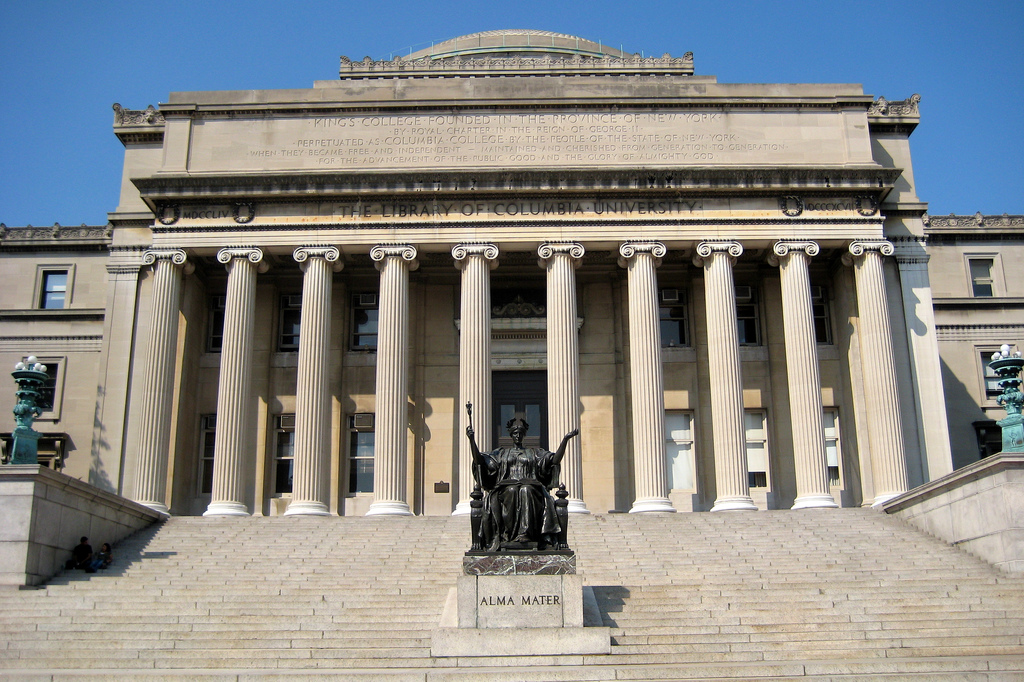 America’s elite universities, originally created by and for White men, have made destroying them their main objective.

As the Julian von Abele video showed, all it takes is for a White student to say positive (and accurate) things about White people to throw an Ivy League university into turmoil. After his comments emerged, the liberal anti-White mob descended upon von Abele, a physics student studying at Columbia University, as he was attacked by other students, the media, and the university.

So, what awful, racist things did Julian say to have thousands of people demanding his expulsion from Columbia?

Where’s the lie? He only stated positive, true things about White people and declared a pride in his people. He is the “It’s ok to be White” meme personified, and the left is answering the question the same way again: it’s not.

Here is how The Hill characterized the encounter:

Here is the response from Columbia:

Judging by their their reaction, you would think Julian dropped a bomb on campus. Actually, he did something far worse—he spoke against the university’s anti-White race narrative.

Here is just one of many tweets encouraging harassment of von Abele:

Here is the response from Columbia’s Black Students’ Organization:

The White Students’ Organization had no response, as it does not exist.

The hatred absolutely drips from these people. They want Julian destroyed because he is White and not ashamed of it.

The people who want to lynch Julian are the same ones who want “criminal justice reform” to let felons out of jail early. That is because the left regards thought crimes such as Julian’s as worse than real crime. The James Fields trial showed us what happens when they get the opportunity to severely punish wrongthink. The people calling for Julian to be kicked out of school would give him a life sentence if they had the chance.

Our elite universities, not long ago, were institutions where the best and brightest Americans studied and conducted significant research. Now, they are filled with non-white sub-mediocrities and professors spouting anti-White hate. The curriculum of past decades is now considered “White supremacy,” and universities express shame for being founded by Whites. Due to extreme anti-White discrimination in admissions, Julian was one of an increasingly small number of elite White men still able to make it into an Ivy League school. Only around 25% of Ivy League students are White gentiles, despite making up the vast majority of high-achieving high school students. Excellence and scholarship have been substituted with a new primary objective: the destruction and delegitimization of White people.

Discrimination in admissions isn’t enough. Once Whites make it to campus, they become a target. As Whites, they are forced to abide by special rules other students are not; those rules include not showing any pride in European history and never saying anything positive about Whites. Meanwhile, they are force-fed a fake history of evil White oppressors and noble people of color. They are prevented from organizing as Whites, while every other group is encouraged to show ethnic solidarity, and even given race-based clubs to organize on campus.

Elite universities are a microcosm of the United States. A racial spoils system exists, with Jews at the top, people of color in the middle, and Whites at the bottom. Though Whites built them, they are treated as second-class citizens. They make up an ever-shrinking percentage of the population, and everyone else celebrates their demise. Anti-Whiteness is held as the greatest civic virtue.

They want White men shut out from the universities and the country they built. That is why they need men like Julian von Abele to be silenced.

Reflections on Life in the Current Year