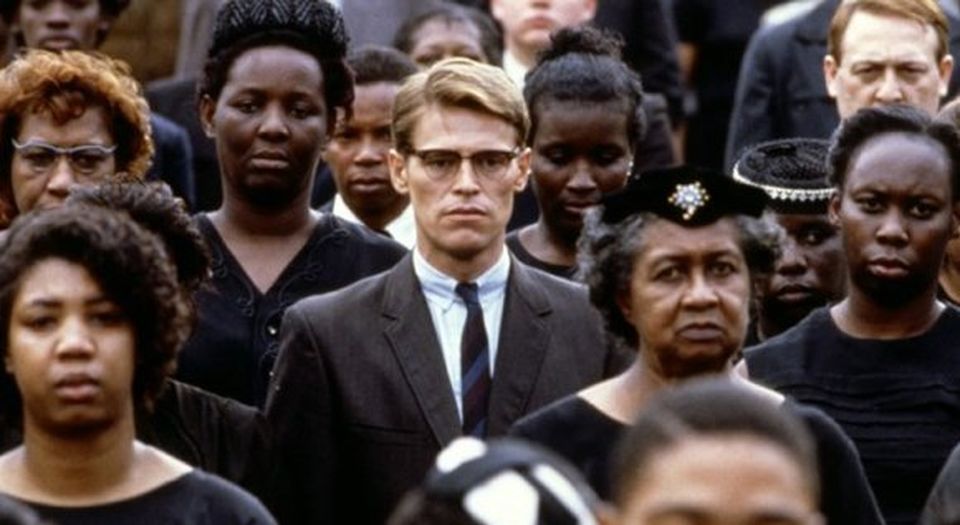 *Editor’s note: this article was originally written by Giorgos Dritsas and appeared on theodotus.blogspot.gr .

“Social circumstances” have a crucial role and a dominant position in the interpretation of current developments throughout the structure of the modern ideological narrative. More specifically, this narrative, affected by Marxism and the suppression of White consciousness caused by capitalist degradation, supports the theory of oppression of one class by another and of a minority by a dominant reigning “White superstructure”.

This ideological position has “class warfare” as a goal, not with the sense of oppression by a powerful elite, but with the struggle of the “oppressed and weak” and their total domination by the “oppressors.” This means sociologically that two portions of urban population wage war against each other until the emergence of “paradise on earth” (we all know where it leads…)

This messianic view of mankind has been nothing more than a pseudo-sociological examination of capitalist societies. The last phase is considered to be the most advanced phase possible to the entirety of mankind. Moreover, it does nothing to explain with scientific maturity the organic connection of that ultimate phase with the other previous phases of Western Civilization. This conception, which is based on the explanation of historic process as an inevitable march towards a benevolent “Telos,” mutated into a new illusion, namely the destructive advocating of the rights of “minority groups” and populations of color against the so-called oppressive White domination. Under these circumstances, the revolution of colored populations that were “liberated” by the psychological collapse of White societies and the undermining influence by internal alien elements gained an ideological basis and was linked to other corrosive elements such as modern effeminacy, homosexuality and matriarchal feminism.

That is why the descendants of old Marxists became accustomed to their compromise with the current circumstances in an attempt to reconstitute their ideological basis within an individualistic and a weak liberal world. This was a phenomenon that became major after the collapse of Communism and has been named “Cultural Marxism.” Essentially, it is the ideological construct that constitutes the dialectical and intellectual support of New Marxism as well as the kind of Liberalism itself that is falsely considered as “right-wing” in our day. This happened because the political instructors of Liberalism, having dominated the political space of the Right after WW2, sought to decouple it from “bad sources of influence,” mutating themselves—as a consequence—into a pro-Leftist Center as well as an undefined and unclear “Right.” From that point, this simple corrosive liberal policy fell by the wayside in favor of a catastrophic hateful rhetoric against the White race which has reached levels of genuine paranoia in countries like Sweden.

Haitians hang a White man during the Haitian Revolution.

This neo-left logic and rhetoric is linked to the revolt of color taking the role of a  suicidal “White revolution” against the White race itself. This seems to be the case as we need to take heed of the fact that a large number of decadent Whites participate in this peculiar revolution. As a consequence, this modern rhetoric that reigns due to the ideological dominance of neo-communist optics is nothing more than a bridge to racial war. We can conclude that with the psychological and mental collapse of Western Civilization, certain signs appear that lead to one conclusion: biological and spiritual cancerous disease.

However, there is a cure, which is the gradual return to the basis of our civilization which is none other than our racial ancestry and identity. The recent developments support this position, and it is not a random fact that even before the outbreak of WWII Alfred Rosenberg claimed that the revolt of European colonies would create only problems and weaken Whites. This is exactly what happened and also was written by Oswald Spengler in “Hour of Decision,” where he wrote that the anti-colonial revolutions of the Third World combined with their adoption of Western innovation would lead to direct competition with the collapsing Western Civilization and its gradual and total destruction. The last part is a genuine expression of inferiority complex as well as the animalistic drive of human nature to devour the weak and subservient beings.

Under these circumstances, the return to a racial view of life leads us to adopt the prospect of another form of struggle as a future development—that of racial struggle.