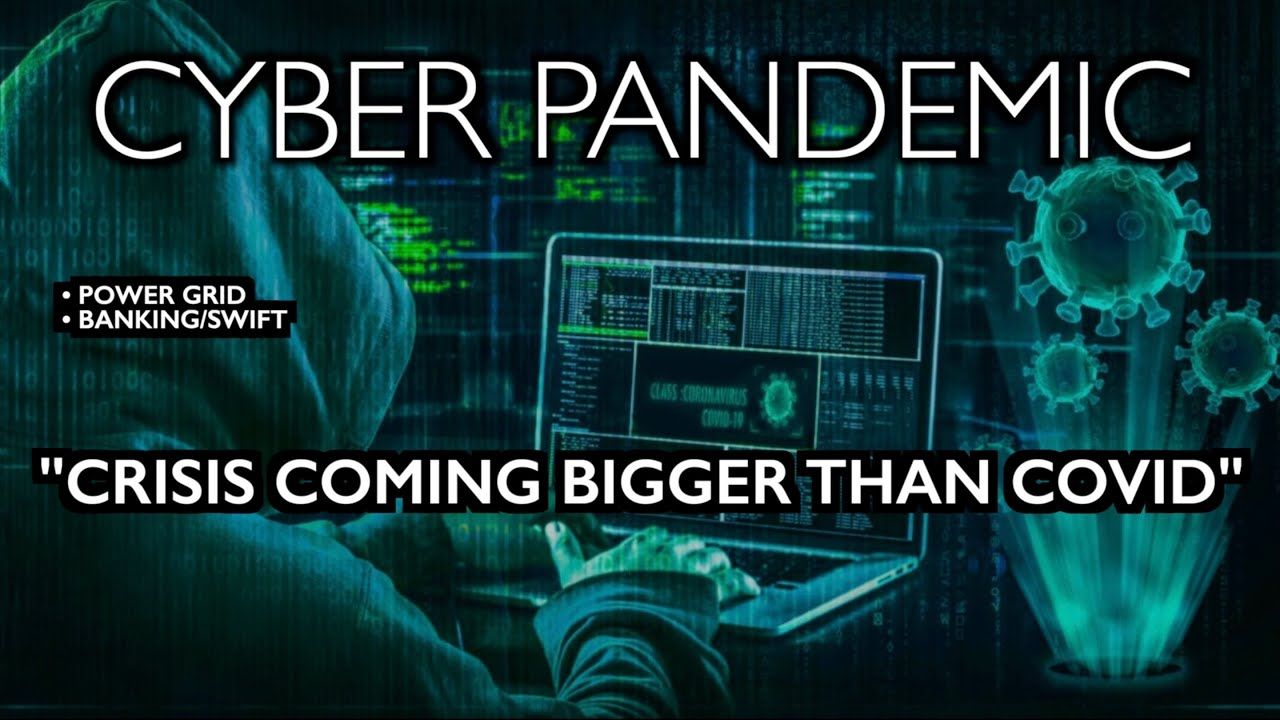 One of the nation’s largest meat suppliers, JBS USA, was brought to its knees for almost a week after another round of ransomware attacks on its critical IT infrastructure. This panic-inducing attack was preceded by similar attacks on Colonial Pipeline, Microsoft Exchange Server, Evergreen, U.S. hospital infrastructure, and SolarWinds. Operations have resumed and normalized, but the FUD remains.

In November 2020, the World Economic Forum (WEF) convened in Davos, Switzerland to discuss the so-called “Great Reset”. At a panel discussion, former Secretary of State John Kerry declared that “the Biden administration will support the Great Reset and that the Great Reset will happen with greater speed and with greater intensity than a lot of people might imagine.”

The Great Reset aims to fundamentally transform every facet of the current system. As WEF President, Klaus Schwab, wrote in June 2020:

“the world must act jointly and swiftly to revamp all aspects of our societies and economies, from education to social contracts and working conditions. Every country, from the United States to China, must participate, and every industry, from oil and gas to tech, must be transformed. In short, we need a ‘Great Reset’ of capitalism.”

WEF also conducted a simulation last year called Cyber Polygon 2020, in which they partnered with global banks to run a robust cyberattack simulation named Cyber Polygon that targeted the financial industry, an actual event that they idealize as a way to pave the way for a “reset” of the global economy. Curiously, the WEF also sponsored a pandemic simulation known as Event 201 that briefly preceded the COVID-19 crisis in October 2019. In that simulation, a novel coronavirus pandemic spread around the world and caused major disruptions to the global economy, just a few weeks before the first case of COVID-19 appeared.

Cyber Polygon 2020 preceded the infamous SolarWinds hack, now confirmed as an act of digital terrorism by Israel’s Unit 8200, by a similar timespan. We’ve discussed this hack in great detail on FTN 381.

In February 2021, the WEF announced that a new global “cyber pandemic” simulation would take place in July 2021 to simulate a supply-chain cyber attack similar to the recent SolarWinds hack that would assess the cyber resilience of the exercise’s participants.

Will Cyber Polygon be as prophetic for the Great Reset as Event 201 was for the COVID-19 pandemic? We may already have our answer.

Here is Klaus Schwab speaking at the WEF in November 2020: 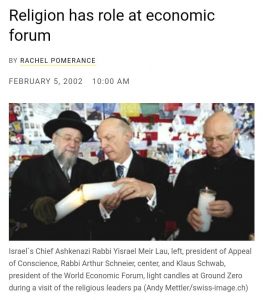 Both the timing and motive of the JBS hack are too perfect. As the world attempts to normalize following the first pandemic, supply chain disruption has become a useful foil for driving up prices. In particular, prices of food and raw agricultural products have skyrocketed, from grains to sugar, and from beef to coffee, average prices are up 70% in the past year. With roughly 40% of Americans making $50,000/year or less, and by some estimates, who spend roughly 30% of their income on food, this type of price fluctuation is entirely untenable.

With corn prices teetering on the brink of $7/bushel due to severe drought conditions in the U.S. and Brazil, beef, pork, and poultry prices have been driven up substantially. As high meat prices and permeating widespread economic pain tanked demand, JBS had already begun idling its production. Brazilian beef packers began halting operations back in April and Argentina banned all meat exports in an effort to stabilize its prices domestically.

Companies like Beyond Meat and Meatless Farm are not only raising cash hand over yarmulke to fund their global expansion as most companies look to trim the fat, they are donating their products to desperate food banks to “fill the protein gap”.

Just call them them MEATS. 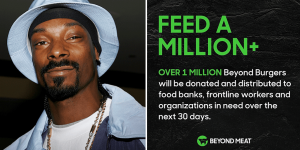 Compounding this even further is the ongoing trucking shortage, which the ATA estimates will lead to a shortfall of 100,000 drivers for both short and long-haul trucking by 2023. With net weekly earnings currently advertised for truckers at $2,500, the conditions are ripe for automation.

I’m sure this perfect Talmudic shitstorm is totally coincidental.

The Carnegie Endowment for International Peace has the antidote. In its November 2020 report entitled “International Strategy to Better Protect the Financial System”, CEIP calls for merging Wall Street banks, their regulators, and intelligence agencies as critical for confronting an imminent cyber pandemic that will collapse the existing financial system.

CEIP is one of the most influential foreign policy think tanks in the U.S. Advisers to the now-joint WEF-Carnegie project include the US Federal Reserve, European Central Bank, Bank of America, JPMorgan Chase, INTERPOL, US Secret Service, Amazon, Accenture, and global financial institutions including the International Monetary Fund and SWIFT (the Society for Worldwide Interbank Financial Telecommunication). Others include Steve Silberstein, the CEO of the Financial Services Information Sharing and Analysis Center (FS-ISAC), and the managing director and head of the WEF’s Centre for Cybersecurity, Jeremy Jurgens, who was also a prominent player in the Cyber Polygon simulation.

In April 2021, FS-ISAC warned that hackers were on the verge of targeting the global financial system. Steve Silberstein had previously given the same warning, which was published in the World Economic Forum-Carnegie Endowment (WEF-Carnegie) report. This ominous report was published months after the WEF had conducted Cyber Polygon 2020 and weeks before the SolarWinds hack commenced, followed by a cascade of hacks and FUD up to and including JBS.

“Malicious actors are taking advantage of this digital transformation and pose a growing threat to the global financial system, financial stability, and confidence in the integrity of the financial system. Malign actors are using cyber capabilities to steal from, disrupt, or otherwise threaten financial institutions, investors and the public. These actors include not only increasingly daring criminals, but also states and state-sponsored attackers.”

Key voices are sounding the alarm!

The WEF-Carnegie report authors add to these concerns that:

“the exploitation of cyber vulnerabilities could cause losses to investors and the general public and lead to significant damage to public trust and confidence in the current financial system”.

The report goes on to recommend reducing fragmentation. What does this mean exactly? Beyond the calls for deeper collaboration lies a long-standing desire to effectively fuse superficially disparate components of the system into one fluid command-and-control superstructure:

“This requires countries not only to better organize themselves domestically but also to strengthen international cooperation to defend against, investigate, prosecute and ideally prevent future attacks. This implies that the financial sector and financial authorities must regularly interact with law enforcement and other national security agencies in unprecedented ways, both domestically and internationally.”

“governments should use the unique capabilities of their national security communities to help protect FMIs [financial market infrastructures] and critical trading systems.”

It also calls for:

Case-in-point: Bank of America, the second-largest bank in the U.S. and part of the WEF-Carnegie Cyber Policy Initiative and FS-ISAC, was reported to have “actively but secretly engaged” with US law enforcement agencies to hunt down “political extremists” after the January 6th events at Capitol Hill. BOA shared private information with the federal government without the knowledge or consent of its customers, effectively acting as an intelligence agency. 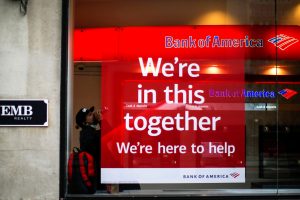 Finally, the report calls to unite the national-security apparatus and the finance industry and then use that as a model to do the same with other sectors of the economy, stating that

“protecting the international financial system can be a model for other sectors and focusing on the financial sector provides a starting point and could pave the way to better protect other sectors in the future.”

The report then ominously concludes that “one thing is clear: it is not a question of if a major incident will happen, but when.”

When is now, though still untouched so far in the recent cascade of hacking narratives is the global financial system itself. The only question that remains is the scope and magnitude of the justification required to enact the sweeping changes desired by Jewish elites.

If you’re interested in our complete commentary on these subjects and more, check out episode 412 of FTN at The Right Stuff.