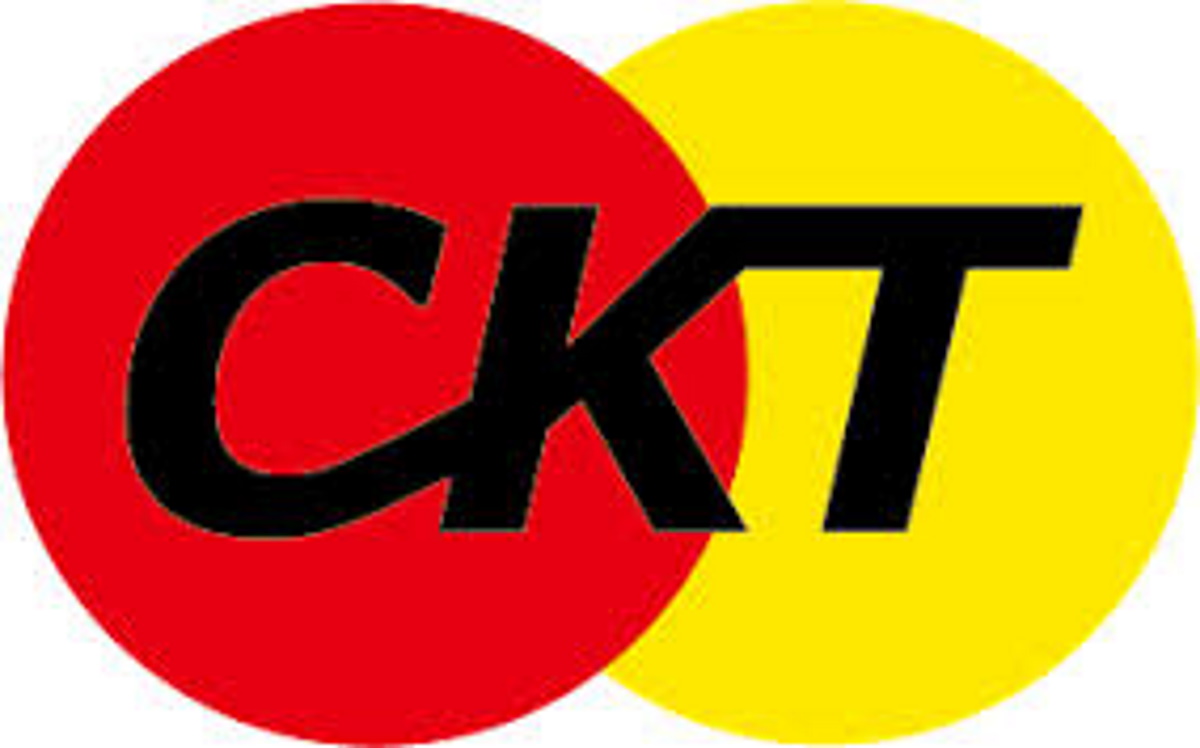 Critical Kosher Theory is primarily derived from 1) the 2019 consumer research conducted by the KosChertified? Team titled “A Quantitative Study on Kosher Certification: Seal Visibility and Public Awareness“, 2) the book by Suzanne Bousquet “From Kosher to Halal: When Greed, Politics and the Sneaky Destruction of Western Civilization Intertwine”, and 3) from the experiences of our staff in the past three years investigating the kosher certification industry. We have pursued answers to The Kosher Question while advocating for religious freedom and consumer rights for all citizens. Unfortunately, our research has led us to these ten points:

1. Without deception, the kosher industry would not be as ubiquitous as it is. [reasoning: revenue feeding this religious enterprise comes mostly from outside Jewish congregations. Over five decades ago rabbis from kosher agencies claimed that they kept their hekhsher (kosher seal) unusually small so as not to offend non-Jewish consumers, and today they claim that they have no control over the size of kosher seals – even though they stipulate the strictest contracts. Our study suggests that a Deceptive Trade Practice is in play amongst the companies and agencies. We estimate that this enterprise would be entirely different, perhaps 5% or less its current size, if completely run by religious volunteers from the congregations that observe Kashrus. Clearly, we discovered that keeping consumers in the dark with little transparency and a lot of obscurity is key to sustaining and growing their business. Arguably, the kosher agencies can stipulate in contractual words a mandatory legibly sized hekhsher (kosher seal) to be displayed on labels with the morally correct addition of the bold text “KOSHER CERTIFIED”. But they don’t.]

2. If label transparency was honest, kosher brands might lose business to #NKC products NOT Kosher Certified. [Reasoning: Our surveys indicate that more than half of consumers desire no religious intervention in the production of their food or a “higher” transparency indicated on the labeling when this is the case. If this group was “kosher aware” and if companies were legally forced to display large and clear kosher labeling, companies might opt for keeping away from kosher certification to access this greater share of the market. Of course, there are other factors pressuring companies to kosher-certify their goods that we are not privy, for instance, distribution and supermarket management demands.]

3. When dollar signs start entering the religious aspects of Kashrus, it is perverted with greed and corruption, even in “holy” Jerusalem. [Reasoning: Israel’s ynetnews reveals a darker side of the kosher certification business occurring in the Jewish State itself. If such criminality can occur among the rabbis and inspectors in Jerusalem, then similar or worse conditions may exist in America where the kosher revenue is largely derived from outsiders of the Jewish congregations. This behavior was further leaked by professionals at the International Food Safety and Quality Network in their forum, and by Jewish journalists themselves at the New York Daily News.]

4. Give ‘em an inch, they’ll take a mile. [Reasoning: There are plenty of laws protecting the kosher-keeper, and plenty of IRS law that benefit religious organizations, but no laws protecting the consumer from religious groups co-opting secular businesses, instituting their particular rules and laws, and wringing out revenue from companies where consumers have no reason to suspect outside religious involvement. These consumers are unfairly being taken advantage of, and the parties involved in the kosher enterprise have shown no compassion or even tolerance for how they may feel regarding outside religious intervention in their secular livelihood. Furthering on that point, given that approximately one million observant kosher keepers are actively buying kosher certified products with deceptively obscured transparency of kosher seals, their silence must be an admission that they find no shame in this religion-based fraud. Looking back into history…

Jewish women rioted en’ masse early 1900s, resulting in national kosher laws across America protecting kosher-keepers. But kosher laws protecting kosher keepers was not good enough. Preferential IRS laws for religious organizations allows kosher agencies more protections by keeping their finances out of public scrutiny. It is one matter to have in-group protections by the law. It is another matter entirely to parlay on those privileges and take advantage of people outside the specific religious community, especially where they are forced into becoming unwitting contributors of financial gain and interests to a religious congregation they do not belong. This is immoral, it degrades religious freedom for the out-group, and is unfairly going too far. Most Americans perceive religious organizations as moral and honest, but here we find an industrialized worldwide business practice tied directly to untouchable religious NGOs that does all within its power to conceal the facts from consumers.

Our very own Federal Trade Commission ignores whistle blowers on kosher industry. And so as generous as American government has been to accept “plurality” and accommodate protection for the kosher industry and kosher keepers, no effort is extended to protect the general consumer who is not a kosher keeper. The insiders of the kosher industry do not seem to have concerns for the out-group of religious dietary laws, consistently citing market trends from pro-kosher associations.]

5. When food companies contract with the kosher certification industry, there is a veil of silence that shrouds the details that its patrons inquire about. [Reasoning: The companies won’t tell us, so we can’t tell you until an insider whistle blower appears on the scene. Our experience in confronting food companies with questions usually results in ignoring tactics and silence, or incredibly vague responses with little detail. Our educated presumption is that there are non-disclosure or confidentiality agreements contracted by the kosher agencies and food companies keeping the details in the dark.

6. Major efforts are undertaken to suppress “kosher awareness” from the public, but no efforts to curtail Talmudic “separatist” laws like Bishul Akum. [Reasoning: Articles from the ADL and Reveal News magazine attempt to scare away inquisitive minds on The Kosher Question, but are they willing to look into OU Kosher’s own article on three post-Torah Kashrus proscriptions that enforce separation and xenopobia? Of course not.

After reading the article linked above by OU Kosher, “Bishul Akum: Playing with Fire”, a serious double standard is exposed with this entire enterprise of kosher certification. Clearly, these religious experts elucidate that strict observers of the Kashrus dietary laws are to be highly exclusionary, to avoid gifts (like a meal “fit to be served at a royal table” or a bottle of wine) from outgroups as a measure to limit socialization, new friendship, and closer relationships.  And yet the behavior of this industry is towards imposing its religious rules and dogma onto “others” outside their Judaic congregation with little to no escape. If this industry was tolerant and fair to other religions and peoples, they would insist with the contracting food companies to produce equivalent products free from kosher certification, permitting choice. But they don’t, and so the whole application of these proscriptions within the kosher world is the ultimate hypocrisy. ]

7. Kosher Supremacy rules over America, and food companies are complicit in depriving #EQUITY to people of diverse faiths and identities. [Reasoning: Synonyms and defining terms of the word Supremacy are Authority, Control, Predominance, and Hegemony. The kosher industry enjoys all of these, and more. There are no major churches, religious organizations or advocacy groups working on behalf of consumers and citizens who are against this practice of kosher certification. There is no equity and religious freedom for this vast majority, for they are a marginalized group. You will not find a kosher-certified product “X” and the same branded product “X” without kosher-certification for those consumers abstaining from Jewish intervention.]

8. It is easier and more profitable to co-opt existing industry and make it serve ancient particularism of Kashrus law than to build its own industry from scratch. [Reasoning: History indicates that the Jewish community had the financial resources to fund an entrepreneurial and niche kosher food industry to serve specialty kosher markets and kosher sections of supermarkets or general stores. But this would have necessitated full funding by the Jewish community. By contracting directly with existing producers, the kosher community built a certification industry on mostly non-Jewish capital and have created a highly profitable enterprise.]

9. Mammon rules. As society “progresses”, more secular companies submit and pay to implement ancient kosher law requirements, while few observe “Blue Laws” of old #Christian culture in Western Society allowing a day for rest & worship. [Reasoning: Businesses closed on Sundays in the 1960s and earlier because of local laws that eroded away in time. However, the practice was a religious and moral one serving the culture of the times. Today, all but Chick-Fil-A have shed this Sunday closing on economic grounds. But more and more companies are submitting to kosher agencies and their stipulations on ancient dietary laws. Early America was dominated by Christian morals and culture, especially by the early settlers. But this culture has been transformed, and it is clear that either we are living in a purely Judaized culture, or mammon is now running the show. Or both.]

10. Ubiquitous kosher certification, as it currently is implemented, is a strategem that abuses the last vestige of moral fibers and good will that bind the American society. It will ultimately break down trust as more citizenry become “kosher aware”, thereby imperiling Western Civilization. [Reasoning: Edward Bernays, a Jewish man named as one of the top 100 influential Americans of the Twentieth Century by Life magazine, a nephew of Sigmund Freud, and an expert on public relations and propaganda, is quoted: “The conscious and intelligent manipulation of the organized habits and opinions of the masses is an important element in democratic society. Those who manipulate this unseen mechanism of society constitute an invisible government which is the true ruling power of our country…”

Well, one organized habit of Americans nationwide is buying kosher certified products, but 90% may not know it, and people generally don’t like being duped. What little mention there is in American news articles regarding kosher food is entirely positive reinforcement, with no negative critique. The one 1954 speech made by a member of the Daughters of the American Revolution (Mrs. Marian Strack) took aim at this business, and the press struck hard against her, silencing honest and balanced debate regarding all angles of this matter. Our food culture (and all the particular interests that this undisclosed kosher revenue feeds) has been shaped by unseen figures to the public.

After nearly one century, food manufacturers refuse to produce equitable products free from kosher certification aside their kosher certified versions. Access to the national “free” marketplace will eventually be driven by submission to the dogmatic kosher agencies’ will.

As Ms. Bousquet sums up at the end of her masterpiece, From Kosher to Halal – “The accommodations described as ‘reasonable’ directly oppose the historic secularism model, the only guarantee of equality of treatment for all citizens. This project must rest on clear positions applicable to all issues of religious intrusion into civic and public space. No violations should have been tolerated, and should not be in the future…We must, quite simply, determine the following: (1) What norms are acceptable for the public sphere (commerce)?, (2) What kind of practices should be relegated entirely to the private sphere? and (3) What norms demonstrably contravene animal welfare? (referring to controversial religious slaughter)…The last word belongs to consumers…”

Allow us to conclude with this brief comment: When the masses discover the schemes, the trust will be lost. But is #CriticalKosherTheory just one facet of a larger group evolutionary strategy? That remains to be answered.] 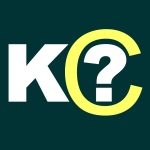