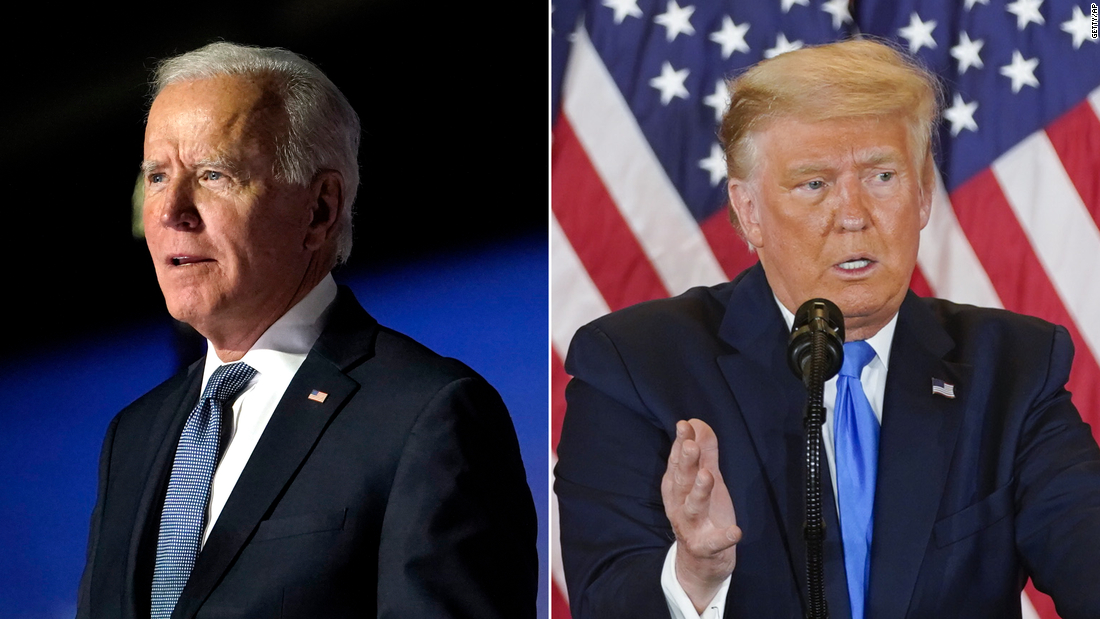 As of this writing, the fundamental illegitimacy of the American political system is on full display as Joe Biden, a historically unpopular candidate, is set to wrest control of the White House from Donald Trump. With record numbers of mail-in ballots and endless last minute administrative and court-ordered extensions of deadlines for voting and vote-counting, the 2020 election was rigged from the outset in order to allow a cabal of media elites, corrupt officials, and big tech oligarchs to control the outcome. The notion that this was an election entirely free of fraud was ludicrously projected onto the entire process, laying bare the inherently untrustworthy motivations of all of those involved. Claims of election infallibility, presented without evidence, are now being used to dismiss and mock the justified suspicions of tens of millions of Americans that a massive fraud is being perpetrated against them.

The nakedly transparent purpose of this historic swindle is clear: to perpetuate the mounting disenfranchisement and humiliation of America’s White majority. For more than fifty years the American system of “democracy” has been breaking up White communities through forced busing, the introduction of “low-income” housing, nonwhite racial employment quotas, mass third-world immigration, political correctness, thought policing, censorship, media lies, public school brainwashing and wildly unpopular anti-White decisions handed down by unelected bureaucrats and judges. None of these fundamental changes, which have deeply affected the lives of White Americans, were ever placed on a ballot or put up to any popular scrutiny whatsoever, and now the representatives of the self-same system that created these problems has the chutzpah to cry foul on Whites complaining of election fraud and accuse them of “undermining democracy.” The brazen audacity of this crooked and morally bankrupt system, as it makes its play for total political hegemony, can scarcely be tolerated.

While we are firmly opposed to the efforts of the establishment to exert total control over the electoral system, The National Justice Party did not support Trump in 2020. Trump’s radical departure from the fundamental issues on which he ran in 2016 have left him helpless in the face of this onslaught. He failed to build an effective border wall or stop the flow of mass legal and illegal immigration. He refused to act to break the big tech stranglehold on free speech. He failed to bring back jobs from China and revitalize American manufacturing. On foreign policy matters he was slavishly devoted to the interests of Israel over and above those of America. His response to widespread anarchist and Black Lives Matter rioting, looting and murdering was nonexistent. His pathetic pandering to minorities in the final months of his campaign, while completely ignoring his White working class base, significantly depressed White male turnout. Trump even failed to protect his own chances of re-election when he disbanded the Kobach Commission on Election Integrity in 2018, before it could recommend taking any meaningful action on its findings of fraud, corruption, and abuse .

However, no matter how ineffectual Trump was while in office, the fact remains that for tens of millions of White Americans, Trump represented the last remaining vestige of their interests and the last expression of their free political will. The media admits as much when they characterize Trump and his supporters as “racists,” “fascists,” and “white supremacists.” These words are simply terms of abuse to stigmatize and subjugate White Americans that believe they have a right to exist and have their interests reflected in an ostensibly democratic system. In response to the excesses of left-wing rioters and the contemptuous attitudes of political and media elites, Trump was able to muster enough support to significantly outperform the rigged polls which were designed for the express purpose of demoralizing his voters into staying home.

Only in primarily African American inner cities, such as Detroit and Philadelphia, known for third-world levels of grift and corruption, are hundreds of thousands of mail-in votes suddenly being “discovered” to tip the election in favor of Joe Biden. Mitch McConnell, the Republican leadership, and even Trump’s own Vice President are standing down and standing by, not uttering even a token grumble of protest. Conservative media such as the Rupert Murdoch-owned Fox News and Jewish hack journalist Matt Drudge have turned on Trump, leaving him isolated and without any mainstream friends or spokespeople. Fox News even took the step of calling the state of Arizona for Biden before their liberal media counterparts, setting up a situation where they could be the first network to announce Trump’s defeat, twisting the knife in the back of the fake Caesar they helped to create. The Republican Party will be only too happy to get back to business as usual under a Biden presidency, without any further need for the inconvenience of having to pay lip service to populist economics or the White working class.

The diabolical duo of Joe Biden in the White House and Mitch McConnell in the Senate spells a triumphant return of orthodox Washington D.C. neoliberalism, and the utter defeat of the populist energy that fueled the rise of Bernie Sanders and Donald Trump in 2016. Rather than bow to the will of the people and accept reforms, big corporations, media, and Wall Street swiftly retaliated against the American people. What they couldn’t suppress, they bought off, and what they couldn’t buy off they simply crushed with police state force, skewed court rulings, FBI entrapment and anarchist street violence. Trump’s defeat and ignominious exit from the stage of politics bodes ill for his most vocal supporters in the alternative media, who will find themselves suddenly twisting in the wind without any influential sponsors. What is left of Trump’s movement will be co-opted and repackaged by establishment GOP shills and Zionist warmongers like Josh Hawley, Tom Cotton, Nikki Haley and Marco Rubio, or else led down the path of irrelevancy by absurd hucksters like Matt Gaetz.

The ability of American voters to effectively express their will through the “democratic” system of elections has long been nothing more than a mirage. Studies have confirmed that the political will of the majority of Americans gets enacted into legislation literally ZERO percent of the time, while the views of a tiny minority of economic elites consistently win out time and time again. While Donald Trump did nothing to change this fundamental paradigm, the total triumph of Jewish neoliberalism in the wake of his defeat will mean increased economic globalism, increased immigration, and increased foreign and economic warfare on behalf of Israel, all despite the vast unpopularity of these policies with voters on both sides of the political spectrum.

Despite these setbacks, this election and the last four years have not been in vain. The wool has been removed from the eyes of tens of millions of Americans as to the nature of the anti-White system. The corruption and totalitarian control is on display for all to see. Mass media outlets are preventing the American people from hearing the words of the sitting President under the pretext of “fact-checking.” Big Tech is censoring and deleting the accounts of any users that talk of voter fraud in order to maintain confidence in a clearly dishonest election system. Financial institutions are depriving ordinary citizens of their fundamental access to the American economy. The Republican Party is working hand in glove with the rest of the establishment to install Joe Biden and Kamala Harris in the White House. The rot is simply too deep to be covered up.

After four years of fake Russian conspiracies, “White nationalist terrorist” entrapment plots, racially motivated witch-hunts against White activists, non-stop media attacks and slander of half the country as “racists,” it should be obvious to even the most die-hard Trump voter that the system is illegitimate and dead set against their interests. The First Amendment is a dead letter, the entire national discourse is being tightly controlled by Jewish billionaires in New York and San Francisco, and the electoral system is a brazen scam designed to give people the illusion of choice while maintaining the same hostile foreign interests in power.

Only the National Justice Party has the will to break this corrupt cabal once and for all. We are mobilizing the toughest, most resilient and most politically savvy elements of White America in order to wage a real struggle for our country and for our birthright. Unlike the charlatans and cowards of the conservative movement, we will not quit before the fight is won, nor can we be bought out by wealthy donors or controlled by special interests. We have an uncompromising vision for a free America where White people do not have to live in fear of thought police, see ourselves constantly attacked by obnoxious intellectuals in media and academia, suffer under taxation designed to transfer our incomes to nonwhites, have our futures crushed by debt, be violently attacked by radical anarchists, or have our families and communities torn apart by drugs, divorce, unemployment and mass degeneracy.

The sham of this election is the wake up call to all decent White Americans to the existential peril we face, to the ruthless and malevolent nature of the system, and the need to put aside all fear and hesitation in the fight for our future.