Hood: The Best High School in the Country May be Sacrificed to Diversity

Demographic change has remade the Old Dominion. Once reliably conservative, Virginia is now a blue state. Non-white immigrants and white liberals moving to Northern Virginia (NOVA) lead this sea change. Arlington, once home to Robert E. Lee, and Alexandria, once a city that honored the Confederacy, are occupied territory.

Liberal whites and Asians face a contradiction. NOVA residents are generally status-seeking and career oriented. From my experience, they have the luxury beliefs of a self-conscious elite. Unfortunately for them, egalitarianism has a logic of its own. If you preach it enough, eventually it will turn on you.

Thus, we arrive at the current controversy about the Thomas Jefferson High School for Science and Technology (TJHSST). It’s not being renamed, though we can probably assume that’s next. Instead, the school, ranked by US News as the best high school in the country, has eliminated its admissions test because not enough blacks and Hispanics can pass it. TJ, as it is called, was going to have an admissions “lottery” for students who had a 3.5 GPA or better, but the Fairfax County Schools Board did not approve that part of the plan. Still, that might just be a stay of execution. A proposed “Holistic Review” instead of a lottery might be even worse.

So, for now, no one knows how TJ is going to select its students, but the old days of pure meritocracy are gone.

The “Official Coalition for TJ,” a group which had a opposed the lottery, posted a letter from the Pacific Legal Foundation on its site arguing that racial balancing is unconstitutional: “It is impossible to see the changes to the TJ admissions process as anything other than an attempt at racial balancing according to the demographics of Fairfax County.”

On Sunday, parents, alumni, and students rallied to try to save the school. One mother said that a lottery would destroy the American Dream: “We will lose the STEM in our STEM high school, we will lose the gifts in our gifted education.” The protest was even framed as a “memorial service” for a dead institution. “There’s nothing free in this country; you have to put in your effort, you have to put in your work, and you have to earn your spot in the society,” said parent Yuyan Zhau. If Republicans wanted to win Asian voters, they should campaign against affirmative action.

These parents are brave, but they have already conceded that the school needs more diversity. The Coalition itself says it is committed to “diversity and excellence.” The Pacific Legal Foundation wrote that the school board’s lottery idea was bad because it would let in too many whites. “[O]nly Asian-American student enrollment is intended to be negatively impacted,” the letter said. “Students of all other racial categories will increase their share of seats at the best public school in the nation. Indeed, using FCPS’ [Fairfax County Public Schools] own projections, white students are intended to obtain the lion’s share of seats that are currently going to qualified Asian-American students.” This would apparently be a horrible thing. National Review is also shocked, recently publishing an article called “Thomas Jefferson High School Wants Fewer Asians.” No one speaks for whites. 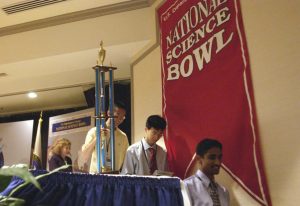 The official Virginia education budget for 2020 says “Governor’s Schools,” of which TJ is one, must “set diversity goals for its student body and faculty, and develop a plan to meet said goals in collaboration with community partners at public meetings.” In June, school principal Ann Bonitatibus wrote a letter to parents about diversity. “I implore you to think about your own journey and discovery of race and economic advantage in America,” she said. The Washington Post also beats the drum for diversity at TJ:

This media campaign recently included a long feature about one of the few black students. She had “found confidence and self-love in fighting to diversify her school.” The Post would be horrified by anyone fighting for more whites at TJ.

So what’s the admission plan? The Post reported on October 8 that district Superintendent Scott Brabrand will have one by November. It may simply be another form of lottery. The Post published a letter to the editor four days ago called “There ought to be an element of chance in this elite school’s admissions,” so the paper is still pressuring the school.

TJ’s woes aren’t unique. Peter Stuyvesant High School, a selective magnet school in New York City, had almost the same demographics in 2019. It was 74 percent Asian and 18 percent white. Journalists campaigned against the school’s admissions test, but the school held out, helped by a law that requires the state legislature to change the way it admits students.

The New York Times hasn’t given up. Recently it wrote that “some of the schools’ relatively few black and Hispanic students have said they often feel isolated in their classrooms and hallways because of their race.” Does the white minority feel the same way?

You can’t have an admissions test because certain people fail it. You can’t have school discipline, because blacks cause more trouble and are punished more often. You can’t have a serious curriculum because you need classes in “racial consciousness” to boost the self-esteem of non-whites.

We always see the same patterns. Since “equality” never arrives, “racism” has to be defined ever more broadly. Eventually, a society devoted to egalitarianism will destroy itself. We’re seeing this process in the streets right now. Even those who understand what is happening are reluctant to defend race realism or white interests openly. Conservatives who oppose lowering standards usually hide behind defending the interests of Asians.

Perhaps the foolishness will end once those who set it in motion start feeling the consequences. I suspect that many parents whose children attend TJ vote Democrat, like most in Northern Virginia. Will a brave (Asian) parent ever wave a copy of The Bell Curve at a TJ meeting and say, “This is why so few blacks can’t pass the test”? These parents are learning that having the “right” beliefs won’t save their school. Diversity is just another way of saying we can’t have nice things. Northern Virginia’s elite is learning this the hard way. Let’s hope at least some of them wake up before its too late.