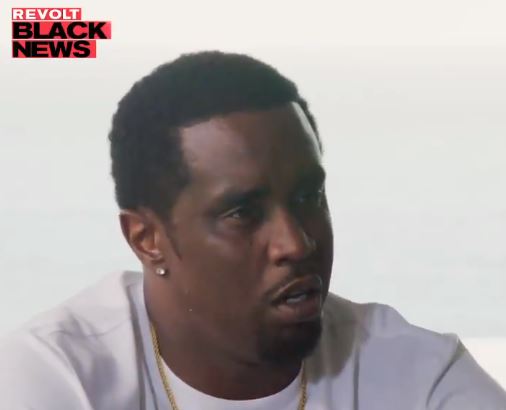 The NUMBER ONE priority is to get Trump out of office. HE HAS TO GO. We can’t allow this man to continue to try and DIVIDE US. The people that have the most responsibility and should be SCARED TO DEATH of this man are white people. WE ARE ON THE VERGE OF A RACE WAR.

“White men need to be banished [from America]. We’re in a war.”

Believe him people. This just a small glimpse into their playbook. pic.twitter.com/17JAbaarw7

This country is going down the drain.

My advice is to do nothing and drop out of society. Sooner or later, this country is going to fall apart as a result of its own values, especially now that “antiracism” is being taken to its logical conclusion. It is cannibalizing the system and plunging it into an inevitable crisis.

“American rapper P. Diddy has made waves announcing a “black political party,” but also endorsing Democrat Joe Biden because with Trump in office, “we are on the verge of a race war.”

In an interview with radio host Charlamagne Tha God, as well as through a series of tweets, P. Diddy announced the launch of Our Black Party, a new political party meant to “address the needs of black people” through “developing a coalition of people and organizations committed to building black political power.”

The rap producer and ‘I’ll Be Missing You’ singer says the party, launched with a handful of black activists, is open to both Democrats and Republicans, but in his announcement, he also threw his support behind Joe Biden. …”

This country wasn’t founded on “antiracism.”

Since the 1960s, we have tried to make “antiracism” work. In spite of dismantling White America and launching the most expensive monumental project in world history, we failed to close the racial gaps. The obsession with “antiracism” has only grown and has crowded out all other values. None of our ancestors came here to be demonized and to live under a utopian experiment in “antiracism.”

If it gets bad enough, Whites will just start leaving the United States like they left Zimbabwe and South Africa. I don’t think it will come to that though. There isn’t going to be a glacial decline. Racial conflict is heating up and the pressure on Whites is growing suddenly and exponentially toward a climax.