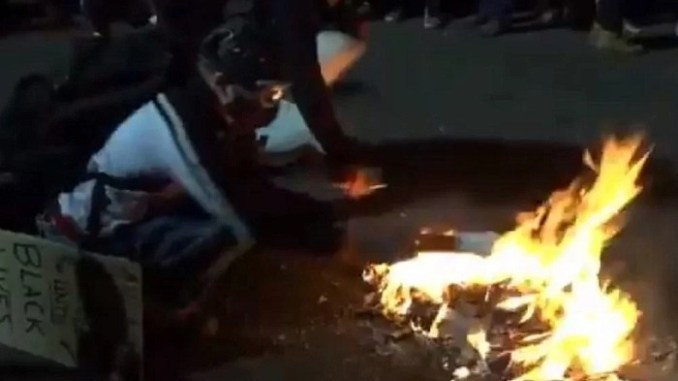 Apparently, I am not alone in my pessimism.

“WASHINGTON – Bill Fry, 61, is a supporter of President Donald Trump in rural Ohio who doesn’t share much in common politically with Matt Edelman, 29, a Joe Biden backer in Brooklyn, New York.

Except this: They both worry about the legitimacy of the upcoming presidential election and fear an outcome that appears tainted could heighten the nation’s already frayed psyche and exacerbate violence in the streets.

They’re not alone. A new poll shows a large swath of Americans harbor deep reservations about the election results weeks before Election Day and are concerned about what actions people might resort to as a consequence.

The YouGov poll of 1,999 registered votersfound that nearly half – 47% – disagree with the idea that the election “is likely to be fair and honest.” And that slightly more than half – 51% – won’t “generally agree on who is the legitimately elected president of the United States.” The online poll was conducted Oct.1-2 and has a margin of error of +/- 2.56 percentage points.

In addition, a YouGov poll of 1,505 voters found that 56% said they expect to see “an increase in violence as a result of the election.” That question had a margin of error of 4.2 percentage points. …”

“A poll of a selection of U.S. voters found 56 percent of respondents said they expect to see “an increase in violence as a result of the election” amongst other reservations about the election results just weeks before Election Day.

When asked about just what sort of violence they expected to see, those polled responded with “riots,” “looting,” “burning” as some of their predictions. “Trashing of cities” was another response.

It followed another poll released October 1 that found 61 percent of Americans agree with the concern the U.S. could be on the verge of another Civil War. …”

The same number of people felt this way a year ago before COVID-19, George Floyd and all the Black Lives Matter and Antifa riots. The number of Republicans who would support “a little” or more amount of political violence to advance their political goals has tripled since December. The number of Democrats and Republicans expressing this sentiment has climbed by about 5 to 10 points since June.

Note: Peter Turchin has been saying that violence would peak in the early 2020s for a decade now based on Structural Demographic Theory.