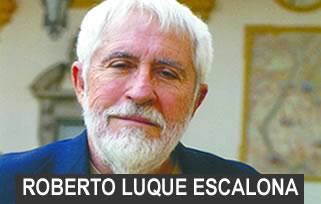 Escalona’s message, sponsored by LIBRE and published on September 11th, stated “What kind of people are these Jews? They’re always talking about the Holocaust, but have they already forgotten Kristallnacht, when Nazi thugs rampaged through Jewish shops all over Germany? So do the BLM and Antifa, only the Nazis didn’t steal; they only destroyed.”

According to his entry on the United Nations Refugee Agency’s page, Escalona was granted asylum in the United States in 1992 after facing criminal charges in Cuba for publishing a book critical of Fidel Castro titled Fidel, the Judgement of History.

According to Murcarsel-Powell, Escalona and various other Spanish-language personalities who have criticized Jews and blacks in Florida might be Russian disinformation operatives. No evidence supporting this claim was provided, but the frivolous accusation is often used as a justification to sic the secret police on individuals engaging in political dissent.

Murcarsel-Powell’s 2nd largest donor in her narrow 2018 defeat of incumbent Carlos Curbelo was an explicitly Jewish organization, JStreet, according to Open Secrets. Her husband, Robert Powell, is a Jew alleged to have deep ties to Zionist Jew Ukrainian plutocrat Ihor Kolomoisky.

The rich irony of sending intelligence agents to engage in harassment, surveillance and potentially prosecution of Escalona for his mild remarks about America’s rulers appears to be lost on the Congressional Hispanic Caucus, whose chairperson Joaquin Castro is currently vying to replace Eliot Engel on the House Foreign Affairs Committee. Congressmen on this Committee are magnets for Jewish money due to its strategic importance in advancing the interests of the state of Israel.

No matter who you are or where you live, if you present criticism of the people in charge you will be punished one way or another.