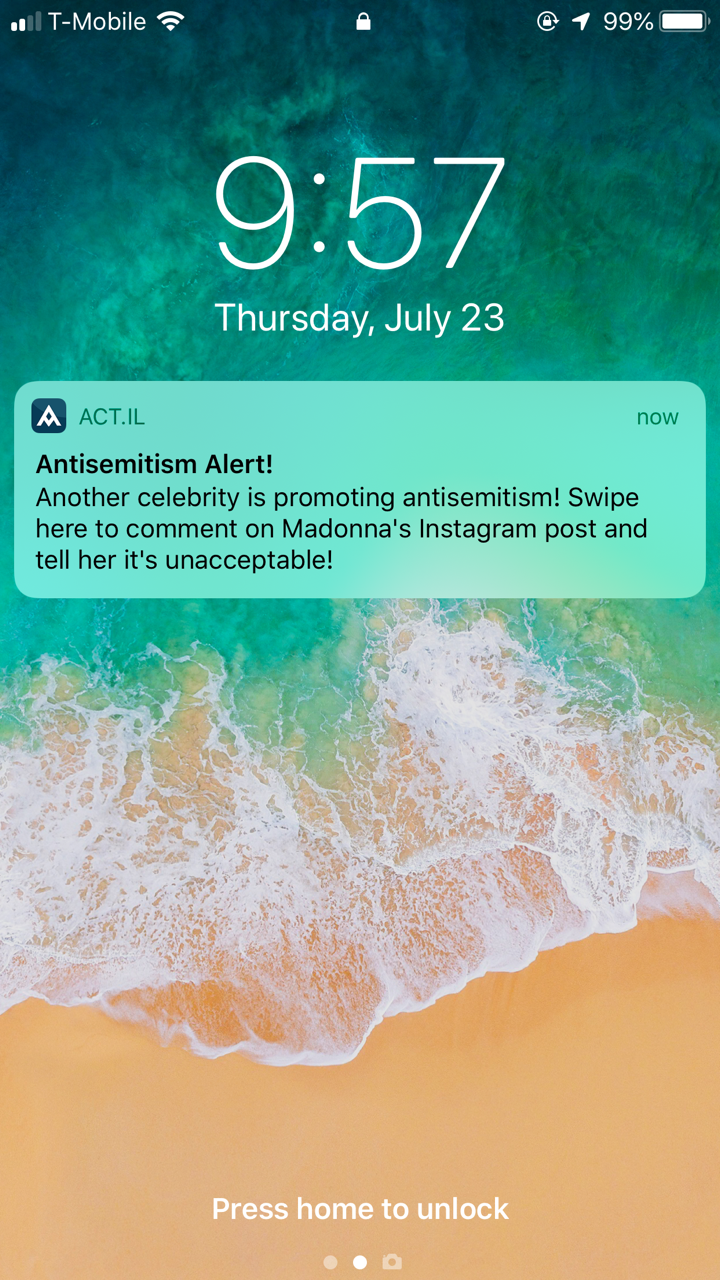 Much has been said in the Jewish media about mysterious Russian trolls influencing elections, but real cyber disinformation campaigns are being organized by the Israeli government out in the open.

A mobile phone app called Act.IL available for download in the Apple store recruits every day American Jews and organizes them in troll operations on social media in an attempt to control, steer and suppress public conversations about Zionism, BDS and Jewish power.

Act.IL’s founder and CEO, Yarden Ben Yosef, served in a “special combat” intelligence unit in the Israeli military. Most of the company’s staff is composed of spies. The program receives joint funding from billionaire GOP donor Sheldon Adelson and the Israeli state.

After each “mission,” trolls are given points. The most prolific harassers and stalkers are celebrated on a public scoreboard. British media repeatedly claims Russian trolls are responsible for Brexit and tried to intervene in the last election, but no proof has ever been offered.

Meanwhile, Act.IL users were very active in cyber attacks targeting Jeremy Corbyn and his supporters in hopes of undermining the electoral prospects of the UK’s Labour Party.

Neither British intelligence or media appears to be interested in this foreign meddling in their electoral process. Politicians and celebrities are not the only ones targeted by this cyber warfare operation. Countless American college students, low level activists, and random internet posters who dare question Israel or Jewish power are swamped with state-organized harassment as well. Act.IL trolls even manipulated a Eurovision song contest poll.

Users are regularly instructed to drown employers with astroturfed complaints to get targets in the US and other countries fired.

According to @AntiBDSApp , which reports on the network’s antics, lately they have been bombarding left-wing articles in an attempt to differentiate Black Lives Matter, which Jews broadly support and see as useful, from the Palestinian cause, which they see as dangerous.

A foreign state actor indeed plays an important role in trying to control and influence discourse in America. The Lobby, USA, a heavily censored documentary by Al Jazeera details this web of espionage. Various other programs intended to harrass and terrorize American citizens, like the doxing platform Canary Mission (which puts white nationalists and Palestinian activists on hit lists) work in tandem with programs like Act.IL.

Because it’s Israel astroturfing support for Jewish power, don’t expect to hear much about from “foreign troll” hunters at BellingCat or the New York Times.

Whitney Webb: How Israeli Spy-Linked Tech Firm Gained Access to the US Gov’t’s Most Classified Networks