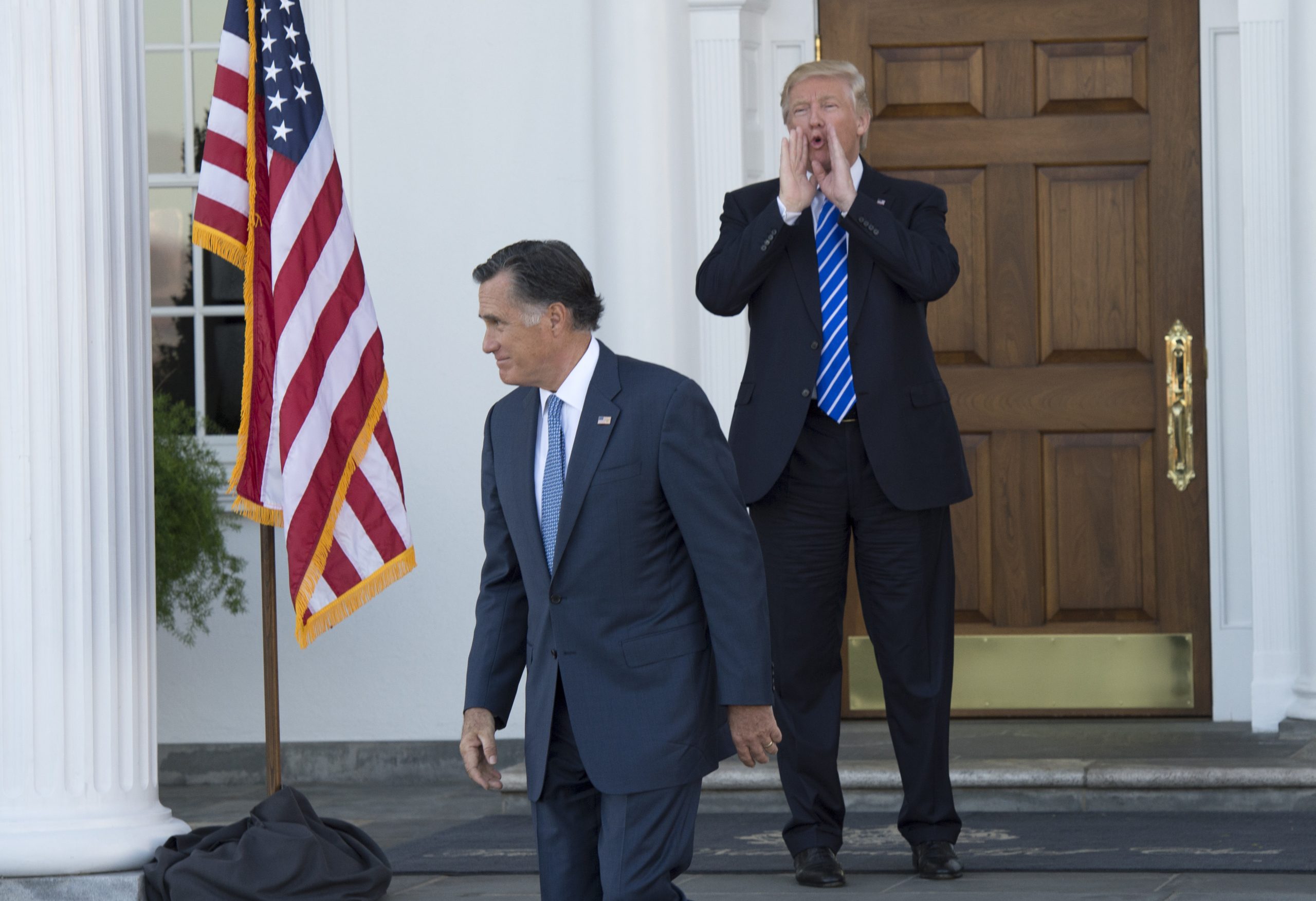 The astonishment that seized Benjamin Netanyahu and his advisers as Barack Obama crossed the threshold of 270 electoral votes needed to return him to the White House in 2012, was as absolute as it was authentic. Netanyahu was so utterly convinced that the presidency was in the pocket of the candidate of his choice, his old buddy Mitt Romney. In private conversations, he ridiculed anyone who advised him not to rule out a scenario in which the other candidate was the winner.

Romney was a Netanyahu / Chabad / Finkelstein bet that failed. Trump teased a 2012 run but ultimately didn’t get in. They were all counting on a Romney win, so when Trump says Mitt choked like a dog that’s what he really means. Mitt failed Israel.