Power Based Upon False Pretenses is Fragile

What Happens When A People Isn't The Enemy Of Its Government? 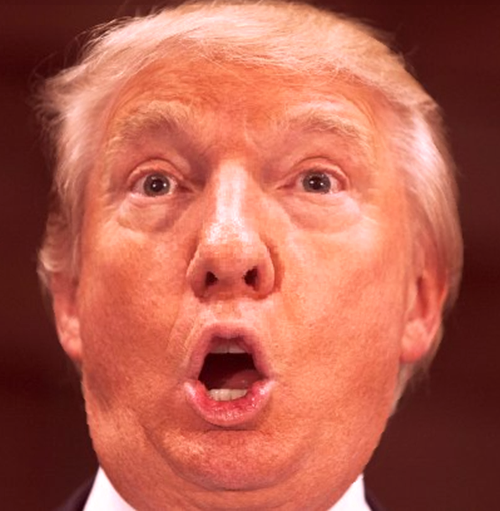 Trump’s primary presidential achievement is exposing the notion that America is a functioning democracy with institutions working for the objective good of the people as a total sham. It should also be recognized that he deserves little credit for how that’s playing out.

In fact, in order to maintain his own ego, Trump is constantly attempting to make the pretense that he’s equipped with all the authority conferred upon a president by law. We owe a debt of gratitude to our Jewish Plutocracy for not granting him an inch in this endeavor.

Every step of the way, they’ve annulled the exercise of authority that the law ascribes as being within the president’s purview, often through outrageous judicial activism. Just last week, a judge in Oregon blocked a rule that would’ve instructed incoming immigrants to verify they had U.S. health insurance within 30 days of arrival or sufficient funds to cover “reasonably foreseeable medical costs.”

This would’ve been a cosmetic victory that did nothing impede the inundation of the country while purchasing a measure of complacency from gullible MAGA types. They could’ve been making superficial concessions like this for the past 3 years while never jeopardizing their long term agenda. Merely giving Republican voters the illusion that their votes influence government policy is too much for these Jews to stomach.

Here’s an astounding quote from an article in last Saturday’s WaPo:

He [Ukrainian-born Jew Alexander Vindman] told lawmakers that he was deeply troubled by what he interpreted as an attempt by the president to subvert U.S. foreign policy and an improper attempt to coerce a foreign government into investigating a U.S. citizen.

The US Constitution explicitly empowers the president as the foremost arbiter of American foreign policy. He cannot subvert that which is his responsibility to determine. Moreover, a candidate promising to alter a foreign policy that is deeply unpopular with voters, then getting elected, would be a textbook case of democracy. Everyone is told in high school that’s how it’s supposed to work.

Allowing the president to appear presidential wouldn’t undermine their objectives. What has Trump done to impede anything important? Israel is getting more money than ever, the US is still in Syria, Iran is being strangled, and tensions with Russia have increased dramatically. Mass immigration surges on. But, they just can’t give that inch.

Instead, they’ve got to put on this farcical impeachment circus led by slimy Jews like Adam Schiff to rub the nose of legacy Americans in their powerlessness. It’s becoming difficult not to notice that this minuscule segment of the American population features at the heart of all the chicanery.

The fact that they have a physiognomy and surnames that become instantly recognizable once one is formidable a disadvantage. Jeffery Epstein and George Soros have done more damage to the hegemony of their tribe than anyone in contemporary history. Dwellers all over the hinterlands who usually have no contact with them can spot a stereotypical Jewish face now. They’re constantly seeing associated with something nefarious.

The process of the general public waking up to what’s being inflicted on it by a tribe of hostile outsiders in their midst takes quite a while because there are so many profound deceits to be dispelled. Simply pointing them out in a rationale and civil manner qualifies one as an evil villain straight out of a Hollywood film. This is the most formidable of frauds.

The exposure of Jewish domination and its malign effects is something that can only happen slowly. Unfortunately, it depends mostly on what they do since their direct critics are anathema to the public discussion. As the power of this group is exposed through its own malicious actions, it is undermined. That is because it rests on foundations that are illegitimate and offensive to normal, decent people of every race anywhere in the world.

The more they do, the more people notice. By some historical accounts, this happened on 109 separate occasions. Over the past 4 years, the current iteration of this process has advanced by a light-year. They simply cannot help themselves, so take heart in that.

The Prospect of a Russo-German Alliance