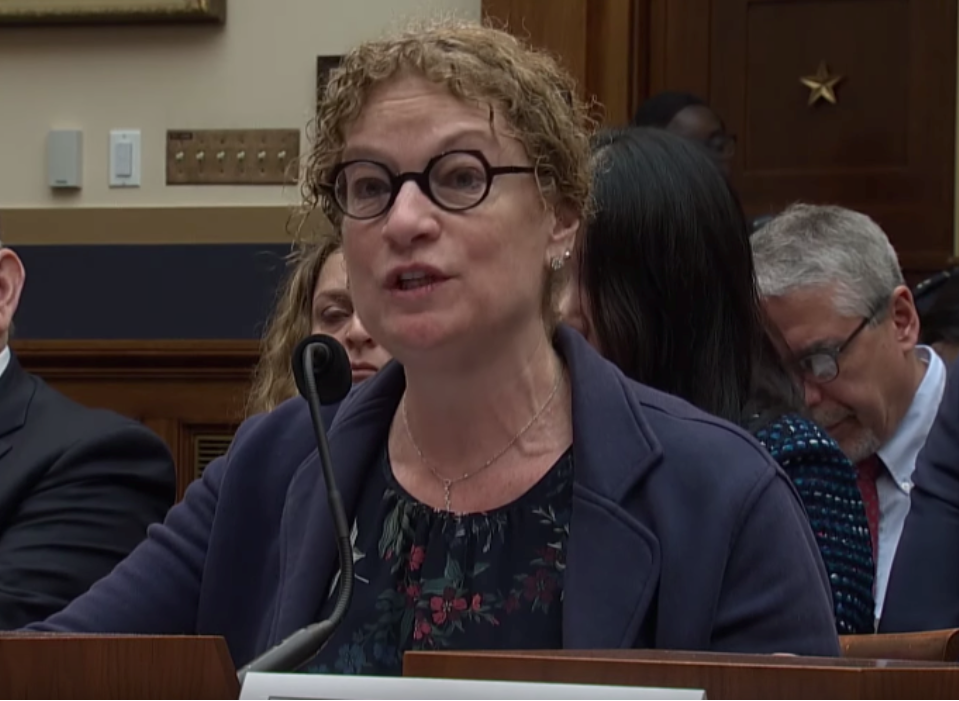 As the most powerful tech companies in the world continue their campaign to suppress the First Amendment rights of White Americans, Congress held a hearing, not to pressure the companies to uphold the U.S. Constitution, but to encourage them to censor further. The House Judiciary Committee and its panel of witnesses almost unanimously agreed that White Americans should no longer be granted First Amendment rights. The only Congressman to object was Tom McClintock. Among the rest, the only debate was whether White nationalists should simply be banned from the Internet or whether they should be prosecuted for their political beliefs.

This is yet another step toward the ultimate goal of our (((globalist))) overlords—a justice system in which White Americans are second-class citizens. They envision a European-style censorship regime in which Whites can be criminally prosecuted for having opinions which differ from the official government ideology.

This hearing was about legal behavior. Yes, there was talk about murders committed by White nationalists, but all of those men have already been prosecuted under existing law. They aren’t concerned with this extremely small number of criminals. What they are concerned with is the large number of law-abiding White Americans fighting back against the tyrannical anti-White state. This hearing was about them—the ordinary White people who want their own nation. The ordinary White people who don’t want to see their race wiped off the face of the earth. They see a White rebellion as the biggest threat to their globalist plan. They know the numbers are growing. They know that if they allow White people to communicate and identify with each other, their plan is doomed.

This is the context of the so-called “Hearing on Hate Crimes and the Rise of White Nationalism.”

The hearing took place in a different universe—a universe where Whites commit the vast majority of crime and target other races for hate crimes at every opportunity. It took place in a universe where vigilante White supremacist groups operate with impunity, instituting a system of terror and racial supremacy. Behind every corner is a White man waiting to attack a poor brown victim. Nonwhites rarely, if ever, commit crime. In this universe, Congress and Jewish legal groups are the only thing saving nonwhites from complete genocide. The Whites are out of control. Drastic measures must be taken. No longer can Whites be afforded the Bill of Rights. They can no longer speak freely, and the state must track their behavior at all times, because they could become violent at any moment. The next hearing might be about whether or not Whites must be thrown into internment camps.

In the real world, the exact opposite is true. There is a demographic that is 13% of the population, yet commits 50% of all crime, but it’s not Whites. There is an epidemic of illegal alien invader violence, which largely goes unpunished. The U.S. has a serious problem with nonwhite violence, while American Whites are among the least violent populations in the entire world. Not only do they refuse to address the real problem, if someone brings it up, they become the very phantom that is being targeted—a violent White supremacist.

The hearing began with Chairman (((Jerrold Nadler))) chastising social media companies for allowing White people too much free speech—what he called “dangerous White nationalist speech.” He claimed that free speech for White people was responsible for the death of many Americans. Nadler, a Jewish nationalist, went on to blame Trump for the (very few) incidents of White nationalist terror acts committed in recent years, including the mosque shooting in New Zealand, which took place the entire way across the world. To Nadler “hate crimes” and “White nationalism” are two intricately linked concepts—he talked about them almost as if they were synonyms.

The witnesses were as follows: Eileen Hershenov from the ADL, a Jewish supremacist organization; Eva Paterson, the 500-pound president of the Black advocacy group Equal Justice Society; Neil Potts, a member of the censorship team at Facebook; Alexandria Walden, a member of the censorship team at Google; Mort Klein, the super neurotic president of the Zionist Organization of America; Mohammad Abu-Salha, a random Muslim whose daughter was allegedly killed by a White supremacist; Candace Owens, the Turning Point USA token; and Kristen Clarke, an executive at the National Lawyers’ Committee for Civil Rights Under Law, a Jewish-run organization.

Of the witnesses, two were Jewish, four were Black, and one was Muslim. One White woman was there (Walden), and no White men were represented. Almost all of the witnesses represented organizations run by Jews.

In the witnesses’ testimony, a sinister plan was revealed. Yes, much of it was ridiculous clown world antics (if you don’t believe me, watch Mort Klein’s testimony). However, those clowns are in charge of what speech is allowed on the Internet, and they are lobbying to be in charge of what speech is legally allowed. Hershenov outlined a plan to ban websites that the ADL does not control, including Gab, 8chan, and “smaller websites,” which presumably includes all pro-White publications. She also advocated a European-style law where “online hate” is illegal, regardless of whether it is protected by the First Amendment. After that, she revealed that the ADL is lobbying Congress to create a database to track law-abiding White Americans who disagree with the official government ideology, a national version of a program that already exists in Michigan.

Google’s Walden came across as a caricature from George Orwell’s 1984. The counsel for “Free Expression & Human Rights,” (her official title) described the multi-layered censorship program used by Google and YouTube. Not only do they ban White nationalist content, they have other forms of censorship, where videos are allowed to stay up, but made invisible except to those already subscribed. Not only this, but Google and YouTube boost content which “counters hate speech.” This creates a clear hierarchy, with pro-White content at the bottom (if allowed at all), then civic nationalist and conservative content, then apolitical and liberal content in the middle, and anti-White content at the top. After describing this intricate system, Walden then said Google and YouTube are platforms for “users of all viewpoints.” Her entire job is a joke and a contradiction, and she seems to have embraced that.

Clarke outlined a grand conspiracy theory in which White political activists from neo-Nazis, to the KKK, to the Alt Right, to the Proud Boys are involved in a global network to plan White supremacist terrorism. She also claimed that only Whites are capable of nationalist extremism. She called for everyone from banks, to tech platforms, to web hosts, to Congress to get involved in censoring White speech. She even advocated taking non-compliant White people’s children from them to be “reprogrammed.”

The only time White men were allowed to talk, it was to kiss the ring of Blacks and Jews. That the Republicans brought in Klein and Owens as their witnesses should tell you everything you need to know. Only Rep. McClintock even bothered to mention that the discussion being had was clearly unconstitutional. Instead of sticking up for free speech, Republicans wondered why there wasn’t more censorship of so-called anti-Semitism. They also pleaded for Big Tech to stop short of censoring conservatives. They were completely fine with the First Amendment rights of White nationalists being violated, because they see them as a competitor. So much for principled conservativism.

For all the rhetoric about protecting “communities of color,” the hearing was fundamentally about attacking and demoralizing White people, not protecting other groups. It was decided that opinions as innocent as “it’s OK to be White” should be censored, if not outlawed.

It was decided that White people should not have free speech in America.

The Notre Dame Cathedral Fire Was No Accident